Part coach, part spiritual mentor, and part career mechanic, Tama Kieves gives people something to believe in: their dreams. "Your dreams never die, even though you may feel removed from them. They are such a source of true identity, energy and power," Kieves said. For many people, particularly at midlife, visualizing their dreams (as participants do in Kieves' workshops, such as the one I took recently) is a brave first step toward admitting what they're harboring inside.

What makes our fondest wishes and deepest desires so difficult are things like earning a salary and paying mortgages and rent; even success can be an obstacle. "A lot of the people I work with in my coaching practice have been successful in a certain kind of career, but it's killing them. They know how to be successful at work, but there's that 'something else' -- that 'something more'," Kieves added.

Kieves knows the struggle well: A Harvard-trained lawyer, she wrestled with wanting to leave a highly successful career that looked enviable from the outside, but was crushing her soul on the inside. Underneath that pinstriped power suit beat the heart of a true writer. During her transition, Kieves met her share of encouragers, but also plenty of people (including in her inner circle) who said, "You're gonna to do WHAT?"

Although reinvention carries no guarantees of success, the alternative is to stay stuck in what makes you unhappy and unfulfilled because you tell yourself that dreams are frivolous, unpractical, and even unsafe. But when unhappiness reaches a critical mass, it becomes an impetus to act; or, as Kieves puts it, "Pain is your ally." Finally fed up with "what is" and disillusioned by the paltry "what's left," we drag our whimpering selves into a new place of "what if," to discover and recover, reconnect and reinvent.

For Kieves, the proof is in her own transformation into a writer (including of a best-seller: This Time I Dance!"), as well as a national speaker and career coach. Success also helps to silence the naysayers. But Kieves doesn't waste a moment basking in the I-told-you-so of vindication. She's too busy helping others who are afraid even to dream about what they could be doing instead of -- or, perhaps more realistically, in addition to -- the job that pays the bills. Now with a second book -- "Inspired & Unstoppable: Wildly Succeeding in Your Life's Work!" -- Kieves gives others the green light to go for it, even when tough times make them want to cling to a miserable known rather than tiptoe toward the unknown of their own reinvention.

"In times of economic uncertainty, true passion is your greatest security," Kieves said. "Connect with your passion and strength. Then you will have more resources to draw from. When we are in our creative, passionate minds, we think in another way."

Moving beyond the linear thinking of "it must be this way," we see possibilities of how things could be; the combinations are endless and inspiring. A therapist with whom Kieves worked always wanted to write, but instead of giving up her practice, she realized her dream in the context of her profession -- with a new book picked up by a major publisher. Then there's the accountant who became a weaver, but never totally gave up the numbers work in order to pay the bills. Or, consider the man who had a passion for speaking. As he pursued that dream, believing it would lead to a new career, he unexpectedly was asked by his boss to give speeches as part of his regular job, which turned into the ideal position for him.

Bottom line: dreams energize, so why not take them seriously? "Give this time to yourself and your dreams," Kieves says. "What else are you here for?"

To read Tama Kieves' tips on reinvention, click on the slideshow:

PHOTO GALLERY
Reinvention Tips from the Mid-Life Change-Agent
Download
Calling all HuffPost superfans!
Sign up for membership to become a founding member and help shape HuffPost's next chapter
Join HuffPost 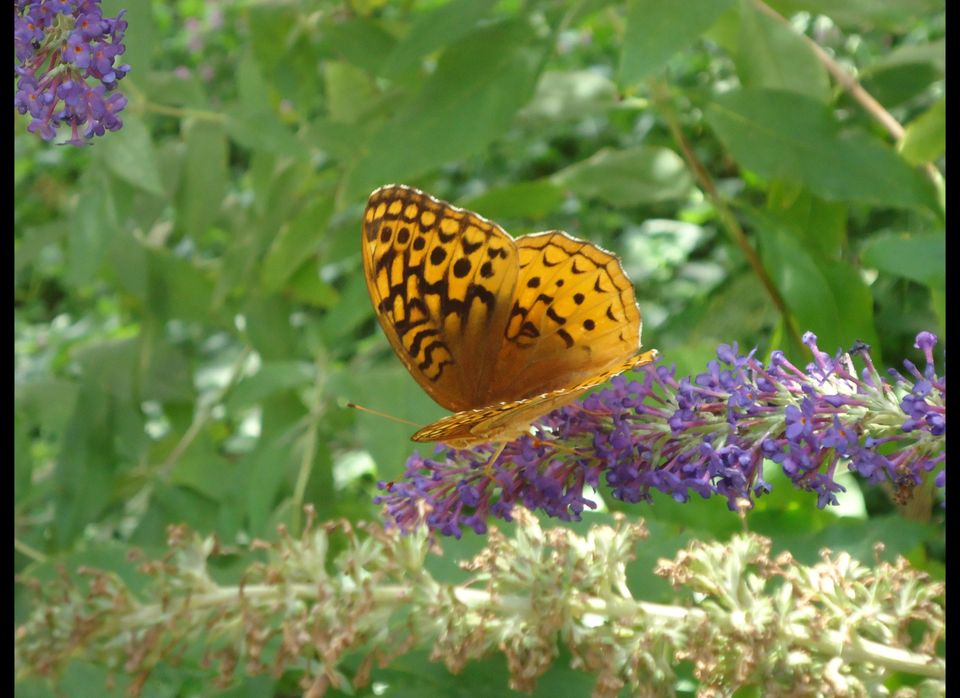 1 / 4
Reinvention Unfolds
As your reinvention unfolds, don’t be afraid of being afraid. “I used to see it as weakness,” author Tama Kieves admits. “Now I see it as strength. It tells me I’m going for my next level and I’m feeling vulnerable… I’ll be unfolding for the rest of my life.”