It goes without saying that WorldStarHipHop is one of the web's most controversial sites. The user-submitted content can give you pause, or even reconsider the meal that you were about to have.

Um, it's a video aggregator -- what do you expect?

Since we're on the topic of video aggregation, yes, some of the videos don't exactly show people of any walk of life at their best -- people have free will to make choices every day. It's unfortunate that some of those videos are made by people, but it's mostly for nothing more than entertainment and shock value. The same kind of shock value that is found on user-submitted content at YouTube, on MTV's JackAss, or any hit reality show that's on the air right now.

Just think about it, in the late 1960s Chuck Barris created a host of game shows that were huge hits. The Newlywed Game, The Dating Game and later, The Gong Show. He was called the granddaddy of schlock television -- call him or his shows what you want, the truth of the matter is that was the beginning of the type of entertainment most find enjoyable today, and it's a form of escape. It's also the choice of the people who watch and participate.

The criticism and the negativity are publicly perceived to be the only real aspects to WSHH courtesy of the media at large -- that doesn't define the creative mind behind the creation of the site and its brand.

Every story has two sides. 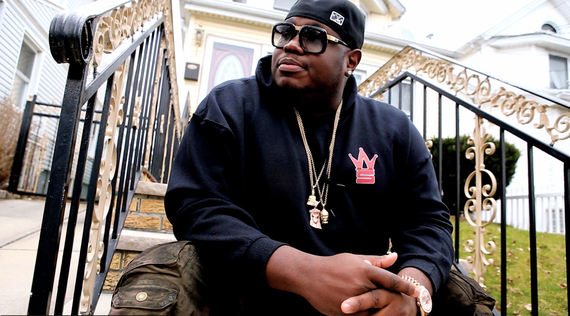 Meet Lee "Q" O'Denat, the founder of WSHH. Q is without a doubt becoming a powerful force in media. He has innovated a website that has entertained and outraged millions of people. Keep in mind that the use of the word outraged comes on the heels of the ever-constant bad press that WSHH receives because of the videos that boast millions of views, shares, tweets, etc.

How and why was this site created? Simple, the universal love of hip-hop, the significance and influence in our culture and how every walk of life can look back on the first hip-hop song they heard and remember exactly what they were doing as they listened to it.

It's for that reason among others that WSHH is simply put -- a juggernaut.

From two highly acclaimed and informative documentaries, a clothing line, being a platform for stars to connect to and share things with their fans, and a future series in the works with Adult Swim -- Q has created something that can bring people together.

In our conversation, Q speaks about the beginning, addresses the criticism, and talks about the future of WSHH.

Congratulations on all of the success that you've had with WorldStarHipHop [WSHH] -- it's grown by leaps and bounds.

Thank you so much, it's a lot of hard work.

What was the genesis of WSHH? How did this all come together? What inspired you?

In July of 2005, I was brainstorming for a website idea. I was thinking about all of the time I've spent travelling the world and how no matter where I went, people of all walks of life have this intense love for hip-hop. It reminded me just how much hip-hop is the star of the world, hence the name WorldStarHipHop. This was at about the same time that YouTube had joined Google, videos were being noticed and a whole new way of entertaining people was born in that moment. YouTube was a huge inspiration for me when it came to the importance of videos. We also wanted to focus on bringing some of the most entertaining programming from cable to the web, and we were the first to do that.

When you look back on where you started all of all this, reflect on how identifiable a brand that it's become -- what are your thoughts? Did you anticipate the level of success that you've achieved?

Not exactly. I didn't think that with the site being so uniquely different that it would attract the following that it has. At the time that we launched, most of the other sites were pretty cookie-cutter from the respect that they all had a niche, and they stuck to it.

To what do you attribute WSHH's success?

People love to watch and share things with and about their favorite celebrities. We wanted to create something that would show that these stars are just like us, they make mistakes and they have fun just like you and I. We like to bring the uncut version of what is happening out there.

Your sources don't necessarily need verification because it's caught all right there on video.

Nothing caught on camera can be denied, it's right there in front of you -- and you can't question it. I believe that has contributed to WorldStar's organic growth in popularity.

It's interesting, many people compare WorldStar to that of an online tabloid. Yet, as we just said, your sources are the real deal. It's all right there and that sets you guys apart from the competition. So, in that you're not a tabloid, in what category would you place the site?

I see us as an entertainment news website. We don't just cover celebrities, we cover everyday people like you and I. We give the people a look at everyone. Unlike the cable news networks on television, we don't chase a story or an event for ratings. Bizarre things are happening all over the world in communities all over, rich and poor -- we bring that to those who frequent our website, regardless of who they are.

That brings us to the user-submitted content -- it's funny, it's edgy, it's controversial, and as a result quite a bit of the content has been met with some harsh criticism. Out of the thousands of videos you guys get every day, was there ever anything that was just so bad that it gave you pause?

Yes, there have been quite a few videos that have come my way like that. Every day when people go to work, church, or where ever else they go, they put up a front and they put on a mask. Technology has given people the ability to show how they truly behave. There's always going to be something like that, in many respects it's a lot like reality TV. There are things that we receive that truly make me sad. When I say that, I mean sad from the perspective of, "Wow, these kinds of things are happening in our world." There are a quite a few things that we don't post because it's way too crazy, and sad.

As you said earlier, WSHH is an entertainment/news website that happens to also be a video aggregator. It goes without saying that you have competition in that arena. As far as video aggregators are concerned, there isn't too much of a difference in terms of what type of content WorldStar users are submitting vs. those submitting content on YouTube. You're both attracting high-profile names that use both sites as a platform to reach their fans, you both get some of what I like to refer to as the "horrors of humanity" when it comes to user-submitted content. Yet, WorldStar is targeted with the majority of the negative feedback. It's easy to come to the natural assumption, however, there is an equal possibility that it isn't that reason. If it's not that reason, then what is the reason? Why do you think that WorldStar is targeted for its user-submitted content?

It's hip-hop and anything with that name is going to be scrutinized a bit more. Whether people like it or not, we're showing the realities in which we live. People don't like the truth, and sometimes it's in your face. This country has become so obsessed with trying to deliver everything wrapped up in a nice blanket like we're in a wonderland, and we show everyone that is not the case.

I just saw a video that really showed the lighter side of WorldStar, a grandpa that was dancing better than most people half his age. I was personally jealous of his rhythm. I know that there are quite a few things like that video are on there and that WSHH as a company has done to give back. What can you tell us about that?

It's true. People seem to accentuate the negative and ignore the positive. There are plenty of positive things on our site such as that video and many acts of kindness that show the best that humanity has to offer. Our charity events that we put on, the documentary that we did about life in the Chicago hip-hop community and the violence within it.

Congratulations on the success of the documentary. I thought it was excellent.

Despite all of the criticism, WSHH is a tremendous success, and I truly believe as a source of entertainment deservedly so. What's in store for the future of WorldStarHipHop both as a site and as a brand?

We are really starting to focus on bringing our fans and followers high quality original content, such as the documentary you mentioned earlier - that's called The Field: Violence, Hip-Hop, and Hope for Chicago. We also did a really powerful documentary about the increase in deaths as a result of drunk driving, Please Pass the Keys, and I'm very proud of what we're doing to tell the stories of these people who aren't celebrities on a global scale. Earlier this year, we launched the WorldStarHipHop clothing line which is doing well. We really want to continue to connect with our fans and followers on multiple levels and I believe that we are well-poised to do just that.