Of course, but the challenge of staying in college and starting a business is another thing entirely. Few know how it truly feels. Your parents might not understand why you are devoting so much time to your passions. They might say that your grades are the only thing that matters.

Don't listen to them.

While they may know how it feels to be in college, they might not fully know how it feels to be passionate about something that's outside of the textbook. Odds are that you will lose some or all interest in what in being said in lectures. An intro to psychology class with 400 people might be enticing to some, but your business is more exciting to you. The slides start to become blurry as your focus shifts to your ideas, brand and network. 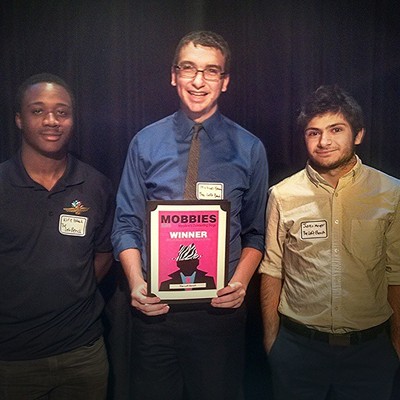 It looks like you are goofing off in class, but instead of checking Facebook you are actually researching or beefing up your LinkedIn profile. You're looking at how to improve your business acumen. You're finding new ways to stay a step ahead of your peers that always seem to be having fun, going out and partying.

The thrill of entrepreneurship consumes you. So much so that your courses begin to look less and less important at the end of the semester. You start to sometimes wonder why you're even in college, but often talk yourself out of it.

Sleep and social life to begin take a backseat to your venture.

When I tell you good night and you see me on twitter 2 hours later. I honestly tried sleeping and don't want to look stupid.

Small talk gets more annoying if it's not a networking opportunity. Even when you sleep you often wake yourself up with new potential idea. While it looks like you're blowing off your friends plans, what you're working on is more time sensitive.

They may not get it, but it doesn't matter. Instead of going to your school's football games, you're inside contacting people asking for advice. The possibility of making money sounds way more attractive than getting drunk and being around more drunk people.

You have short, medium and long-term goals.

You appreciate the people that you are working with recognizing that you wouldn't be anywhere without them. The friend in you makes you more patient when they make mistakes, while the businessperson in you makes mental note of those people in your camp that are not doing what they said they would. The line between friends and employees make it hard to bear down on those who seem to be coasting off of all the hard work you're putting in.

You start to figure out who your real friends are. You begin to analyze the influence each person you interact with has on you. You keep the ones that benefit your overall psyche and begin to cut ties with the negative relationships. When you are in the zone the little things that used to bother you don't. You realize that the opinions of you from people that don't know what you're doing doesn't mean anything. You just smile because you know that when everyone is asleep you are grinding, hustling and finding more fuel to keep you on top.

As a college entrepreneur, you may think that you are the only one on your campus that thinks the way you do. You are wrong. There are other people that think and act like you do. You just have to find them. Search to see if your university has a startup incubator. Check out the business school to see who has the spirit of entrepreneurship.