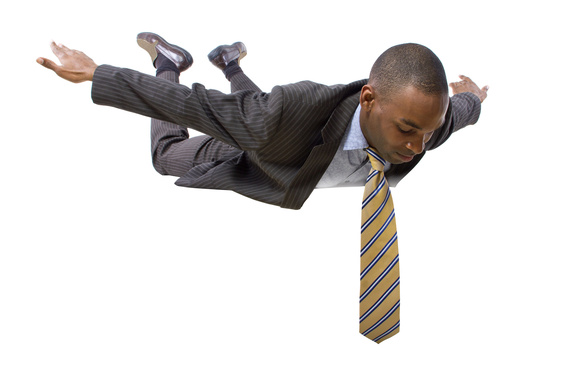 In nearly every situation in life, you're moving toward something or you're moving away from something. For instance, do you go to work because you like what you do, or do you go because you don't want to go broke? These are entirely different reasons to go into work, and each can produce a very different neurochemical reaction. The first--you're going toward work, because you like it--capitalizes on your reward chemistry and the ensuing neural activation. The second--you go because of the paycheck--is an avoidance behavior, and is associated with negative feelings: Wow, this is a drag or I really hate being here--I can't wait for Friday.

Kurt Lewin began writing about this phenomenon some seventy-five years ago, describing it as "approach-avoidance" behavior--our tendency to move toward or away from situations*. Since then, many psychologists and neuroscientists studied behavior and brain scans (an fMRI, which is a way to look at blood flow in the brain, which correlates with the underlying brain activity of a person who is actively doing or thinking something) to see approach-avoidance at work. A few scientists went so far as to suspect that approach-avoidance "characterizes most, if not all, of a person's life decisions."** Whether that's true or not continues to be debated; some say that arousal and mood have a lot to do with decision making, too. One thing seems clear, however: approach and avoidance are the ping-pong paddles that bounce us between positive and negative neurochemical states. All the while, our brain is seeking to get to a "safe" place.

Reframing the reason we do something can change our relationship with the situation and even the neurochemistry that's triggered in response to it. I began working with my personal trainer, Tony, because I wanted to avoid gaining more weight. I had been showing friends vacation pictures when we came across one of me in my swimsuit. I exclaimed that I had man boobs--and no one disagreed. Not even a polite attempt to lie! That did it for me. I knew I needed to lose some weight, so I went to Tony to do just that. However, I knew after only a few weeks of working out that I was framing my workouts as avoidance, and it made trips to the gym a total chore. It was a constant struggle, and I felt bad. But eventually, I managed to change my motivation for working out with Tony. I'd been studying the brain, and I became convinced that the single best thing we can do for our brain is exercise. After having that realization, I was no longer moving away from the threat of being overweight; I now frame exercise as moving toward having a healthier brain and consequently a healthier body. Every time Tony puts me through a nasty little torture, I just think about the positive chain of chemical and vascular happiness going on in my body. That's a different feeling than begrudgingly working out.

So, next time you dread something you're required to do, work on your approach language and mental framing - even if it's a simple coaxing of yourself for a social event you were roped into attending, for example; everything is good practice. Instead of saying, "I really don't want to go to this party!", try saying, "Okay, let's get going because the sooner I get there, the sooner I get back home." Sometimes we have to trick our brain into finding even a kernel of positivity to make life just a little sweeter and our brain a little less frazzled.