In homes across the developed world, the words "put down the iPad" or "get off the computer" are spoken to children more often than "eat your vegetables" or "turn off the light." We parents fight tooth and nail to balance our children's time between the physical world and the virtual world. The latter tends to be the overwhelming preference of our children, to the point of well-documented addiction. Playing games is only trumped by watching YouTube stars play games and comment as they go. This new form of entertainment is breeding millionaires -- their fortunes made up of view counts and sponsorships. Players like Josh Garrett receive 160 million views a month, earning him thousands of dollars a day. These trends in passive viewing (of what seems like a pure waste of time) are perhaps the most disturbing of the past times our children adore.

There is one game, however, that appears to have captured a generation -- at a time in history when there are more choices than ever. The number of notable video game releases has quadrupled since the year 2000, and there are hundreds more released independently and on mobile. No game in history has captured the hearts and imagination of so many children, ranging from 5 years old to 15 years old (and then there are the adults who never grew up and create mods and run servers). Since it launched in 2011, Minecraft has sold more than 54 million copies, and earlier this year, the game passed 100 million registered users. Though Minecraft is popular across all demographics, reports suggest the biggest group are kids under the age of 15. These numbers make it easy to understand why Microsoft recently purchased the game's developer, Mojang, for $2.5 billion.

This is also the one game that a lot of us parents don't mind our children playing, because it is so creative. Using simple 16-bit blocks, players are building and creating worlds that never existed. Nearly every morning and night, I find my 10-year-old son, Juki, mainlining Minecraft. When I suggested to Juki that I wanted to film his worlds for A Total Disruption he replied, "Which ones? I have so many worlds it would take you weeks to film them." Minecraft comes with no instructions or guide on how to play the game, and what is so addictive about the game is good for the brain and social development. A study by the research group S.R.I. International "found that game-based play could raise cognitive learning for students by as much as 12% and improve hand-eye coordination, problem-solving ability and memory." 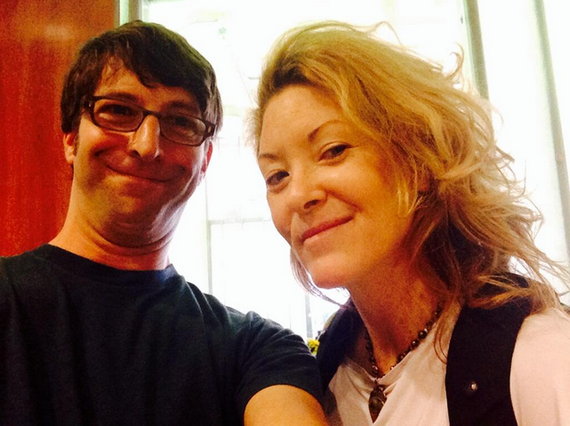 When I sat down with Jay Adelson, former CEO of Digg and founder of Opsmatic, we instantly bonded as parents of kids who are part of a generation that may one day be referred to as "The Minecraft Generation." Adelson is quite the wizard tech entrepreneur himself. His company Equinix has a market cap of $11 billion and Time Magazine named him one of the most influential people in the world. He explains why Minecraft is an innovation that will impact not only the future of gaming from the lessons it imparts about what features are truly valued by young users, but also the world as it shapes our children's brains.

Educators around the world are now using Minecraft to teach children subjects like environmental issues, math, city planning and new languages. The Viktor Rydberg School in Stockholm made Minecraft mandatory for 13-year-old students and sites like MinecraftEdu help teachers use the game with students. Examples of Minecraft in the classroom include an Australian history teacher who created "quest missions" for students to explore Ancient Worlds and an English teacher in Denmark who will allow students to play Minecraft, but only if they speak and write in English.

Quoted on the New York Times blog, MIT professor Eric Klopfer and director of the Scheller Teacher Education Program says, "Minecraft extends kids' spatial reasoning skills, construction skills and understanding of planning. It's no wonder parents are lining up to provide their kids with structured education through Minecraft." In San Diego, ThoughtSTEM's Minecraft class had 100 people on the wait list before classes started.

E-learning is projected to become a $100 billion industry by 2015. With the purchase of Minecraft, will Microsoft look to become the world's biggest e-learning company?