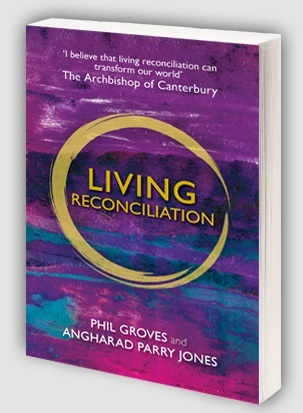 When I was four or five, my younger cousin and I cut my accordion in half. Yes, I had an accordion at age 4. It was a birthday present, and we wanted to know how it worked. We were both pretty sad about our findings, immediately. We couldn't fix it with tape.

The Anglican Communion has been in the process of tearing apart most of my life, or so I have been told. We have struggled to honor the dignity of women and all kinds of other minority groups not in power, with special focus on out LGBT people. We are inarticulate and unrepentant of neo-colonialism, as a colonial church, and we continue to allow things nonessential to tear away at us.

In the U.S. our institutions -- some dioceses, parishes, advocacy organizations and seminaries -- illustrate the Episcopal Church's tearing itself up as beloved institutions lose their traditional roles, supporters and audiences and struggle to imagine what might come next with sad little cries of "what the young people want" heard faintly from somewhere far away as everything familiar seems to be falling away. It can literally feel like a tearing up for no discernible future.

Into these good times, Phil Groves and Angharad Parry Jones from the Anglican Communion Office have offered Living Reconciliation, a series of reflections on the "Indaba" process. Indaba, proposed by the Archbishop of Capetown after a spectacularly deflating Lambeth Conference, is finding life throughout the communion. These conversations are happening both among communities across the world from one another and within dioceses.

The church's process of Indaba involves sitting down with one another in one another's contexts (this involves travel, time and being way out of your comfort zone) and listening deeply. The idea is to try to find a way to talk and act out of something other than the entrenched ideological or cultural positions we know we do not hold in common. It usually involves everyone understanding how little they actually understand about the other's experience and position. The Indaba process assumes that even though we are brought together by conflict, we can choose to know one another with respect.

In the preface to Living Reconciliation, The Archbishop of Canterbury writes that reconciliation is the vocation of Christians, and it is not light stuff. It presumes justice and honesty and then insists on holding up the humanity of all in the conversation. Reconciliation would mean we are prepared to learn something new about ourselves and our conversation partners. This witness is powerfully known in the Anglican Communion in many ministries that pursue reconciliation after profound loss: Coventry Cathedral, the The Institute for Healing Memories in South Africa and many others.

In my world at St. Mark's in the Bowery, reconciliation has to do with inner, personal healing and advocacy for social justice, not necessarily among us as a church. We did some reconciling to the truth of our institutional life a few years ago, and I can tell you, it hurts, and it works.

Today, we are a community that are the family members of police officers and people who are terrified of the police. We have multiple racial identities, migration stories, histories with money and personal struggle to thrive. We are addicted, abused and healing. Reconciliation among us includes the inside work that can only happen in trusted communities. Reconciliation for us is sometimes about hearing the Gospel proclaimed in a way that doesn't feel like a knife to the gut.

In churches like mine, we are usually wary of the word reconciliation (ironic, see 2 Corinthians 5). We are wary because it has often been used by those in power to quiet dissent, thinking that reconciliation equals civility.

We cannot be reconciled to injustice. That's just perverse. So, of course many were wary when Canterbury (which sort of rhymes with heart of empire) says reconciliation is our ministry.

We are wary because we have seen something called reconciliation that has nothing to do with justice or restoration. What Phil and Angharad make clear in Living Reconciliation, is that moving towards justice and compassion, whatever form that might take in our many contexts, is the result and the point of listening.

In this new media world in which we have the gift of hearing so many more voices on their own terms, I wonder if the tools of listening might be more relevant and revolutionary than they have ever been.

I invite you to read Living Reconciliation, and to use it in your communities as a tool for listening. Reading about others screwing up listening might be an easier starting point than a self critique, and reading the powerful moments of revelation among groups that we have been told despise one another, feels like the deep breath of the Spirit finding an instrument within our Communion.

You can, it turns out, repair an accordion.