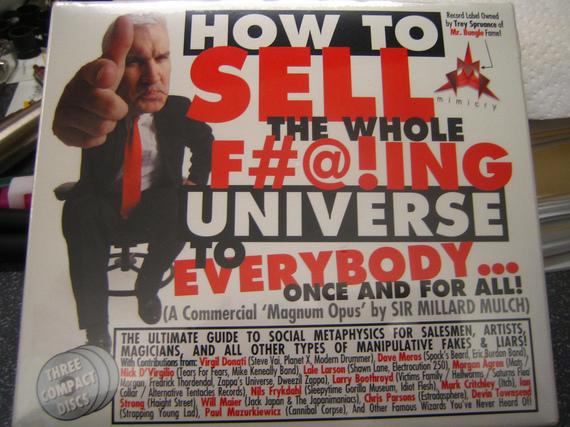 When we watch TV commercials, we're conditioned to be skeptical about the claims made by advertisers. Are the big discounts on the popular models, too? Does the product really clear your skin that fast? Are the people at the counter at McDonald's really that excited to see you? In fact, we all assume ads contain at least some exaggeration.

Well, that's the same skepticism you should bring to industry claims about the cost of clean air rules. Because -- just like the ads on TV -- if they can convince you their exaggerations are the truth, they'll make more profit and you'll be stuck with a problem.

A careful analysis of past industry claims about the cost of clean air rules demonstrates this is exactly what's happening. And it provides very strong evidence that their claims about the Clean Power Plan -- the highly flexible and efficient EPA plan to put limits on carbon pollution from power plants -- are also no more than scare tactics.

-- Industry claimed that the 1990 Clean Air Act Amendments would cost over $100 billion. It actually cost one tenth of that - and delivered economics benefits thirty times higher.

-- They claimed that federal low sulfur standards for fuel (Tier 3) would cost close to 25 cents a gallon - a number sure to scare motorists. It actually is projected to cost less than a penny per gallon.

-- Some industry lobbyists in California said that state's Low Emitting Vehicle Program would raise the price of cars by over $700 each. The real cost: $83. I suspected those who lived in Southern California in the smog-choked old days would consider that a bargain.

In fact, every time we try to clean the air, we hear these exaggerated claims. Lobbyists know that it's a good way to scare the public, few of whom are able to review economic studies to check the numbers.

The same thing is now happening with new EPA rules to cut smog-forming ozone and, for the first time, put limits on carbon pollution from its largest source. Companies are suing, citing the same kind of high-cost scare tactics. And we're seeing millions in TV ads from corporate lobbying groups like National Association of Manufactures and American Petroleum Institute, making the same claims.

It is true that we could get rid of our environmental regulations and save some money in the short run. Or weaken them to the level of some developing nations, who have to deal with terrible pollution in their rivers and skies.

But even beyond the quality-of-life issues, the costs would quickly mount. Hospital visits for respiratory conditions, lost time at school from asthma attacks, and lower productivity from sicker workers would quickly out-run any savings. In short, living in a more polluted country is not only unpleasant and dangerous, it's expensive.

Next time you see someone point to these claims as a reason to keep more pollution in our air - to oppose the Clean Power Plan or new anti-smog rules -- send them this graphic. You'll be helping make the world a little cleaner and healthier.

A version of this post appears on EDF Voices.