The North American Parent is an omnivorous eater, consuming a wide variety of foods to ensure adequate nutrition. Historically, the Traditional North American Parent evolved from eating a steady diet of pizza, Cap'n Crunch, and beef jerky during the College Era to adopt a healthier, more balanced diet in the Double Income-No Kids Epoch.

Modern parents, having survived a cataclysmic shift in lifestyle as a result of The Great Birth Event, may start out with the best of nutritional intentions but find that their meal planning quickly devolves into Hunger Games-style chaos as they chauffeur their brood from school to Kumon to baseball to gymnastics to scouts to piano to... Shit! I'm starving!

Stage 2
Organic roast chicken and assorted sides picked up at Whole Foods after Mommy & Me.

Stage 3
Chicken dinner picked up from Boston Market on the way home from daycare.

Stage 4
Bucket of KFC, hastily grabbed at the drive-thru after the Little League game goes into extra innings.

Stage 5
Delivery pizza wolfed down an hour past bedtime because someone forgot to order until 7 p.m.

Stage 6
Cold cereal eaten standing over the sink while checking homework and packing the next day's lunches.

Stage 7
The uneaten mac and cheese scraped from the kids' dinner plates.

Stage 8
M&Ms scarfed from the minivan cup holder while flooring it from the office to aftercare before those damn $1-per-minute late charges kick in.

Stage 9
Stale pretzel stix, string cheese, and stray raisins scrounged from the bottom of a kid's backpack because you've been stuck on shuttle duty since 7 a.m. 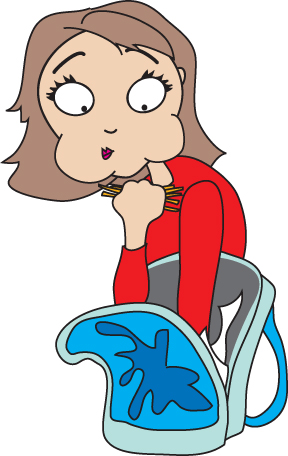 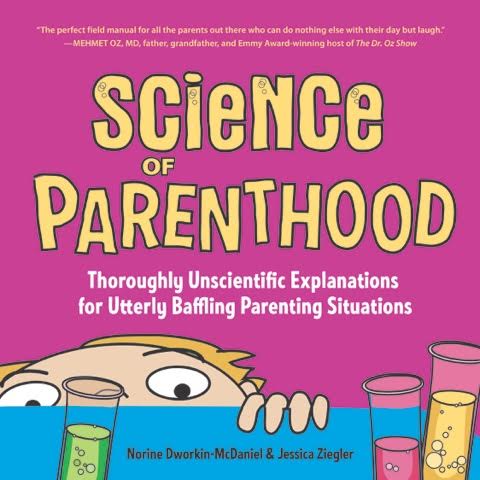 Excerpted with permission from Science of Parenthood: Thoroughly Unscientific Explanations for Utterly Baffling Parenting Situations, by Norine Dworkin-McDaniel and Jessica Ziegler, out now from She Writes Press. Follow Norine and Jessica on Facebook and Twitter.

More:
parenting humorthe-playroomParentsvoicesparents-moms
Newsletter Sign Up
Raise the kind of person you'd like to know
Subscribe to our parenting newsletter.
Successfully Subscribed!
Realness delivered to your inbox