It all began with the rise of the Information Age and became clearly visible with the second election of Barack Obama. A young man with a hoodie, hipster beard, cool glasses and awesome earrings put together a technology team that guaranteed President Obama's second term. Harper Reed's genius crowd-sourcing of an American election made sure that hope and change was given another four-year chance at defining the future of American values. Another four years to bring the dreams of millions of young Americans to reality so we can live in peace and harmony. Or, at least a facsimile of what these values represent to a generation that relies on the virtual world to express its contempt for the real world. But alas, that wasn't to be.

The young generation has seen the Obama Presidency take on a different trajectory than what the smartest game theorist would have projected. Their voices had been shut out of the political process, but have sadly remained under the delusion that all change comes from a click of a button; a painful lesson on the gap that exists between their world and that of generations before. The former drawing hope and inspiration from a possible future, the latter weighed down by history and the traditional power brokers imbedded in the dark shadows of the system.

In a place thousands of miles away that is in desperate need for change, social media triggered the start of the Arab Spring. This felt right. The whole region was ripe for change. Dictatorships and autocratic regimes had no place in a world full of transparency and unbridled access to information. Smartphones were the new weapons that brought an end to Hosni Mubarak's rein. Powerful scenes from Tahrir Square triggered President Obama to declare that what we were witnessing in Cairo was history in the making. The Facebook Revolution soon came to an end and ushered in the radical Muslim Brotherhood. A year after brutal and subversive leadership, the MB was overthrown by the Egyptian army, paving the way back to military rule. History was very short-lived. Another revolution by the Millennial Generation thwarted. Another attempt at radical change meets with a jolt of sobering reality. The result is more of the old as if the voices of the new never mattered. 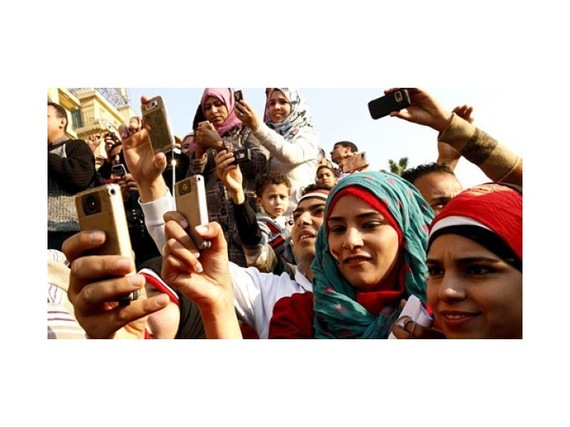 More recently, the killings of black men on the hands of white policemen triggered a media frenzy on the issue of civil rights and called for national marches on New York City and Washington. The activists reminded us of the days of the civil rights movement of the 1960s. The topic trended for days and began to gather real support behind it. Then the media, suffering from attention deficit disorder, got bored and found interest in a fresh subject on the resumption of normal relationships of Cuba. The civil rights issue took a back seat to Senator Marco Rubio speaking about the suffering of the Cuban people under the regimes of the Castro brothers. Then, after a respite for the holidays, Charlie Hebdo happened, and it will remain a trending story for another week or until something more tragic comes along. And that too, will trend for its own 15 minutes of fame. 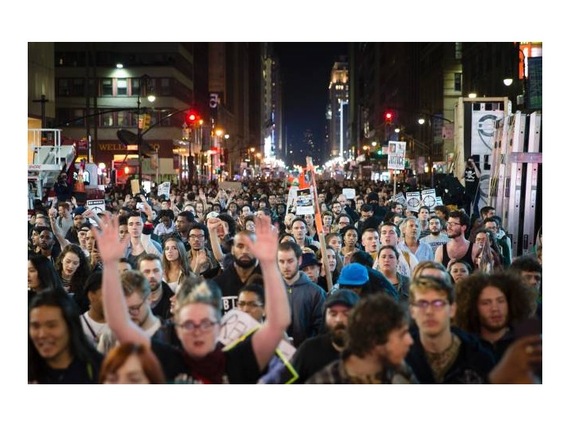 It is tragic that profound global events of this magnitude don't result in meaningful and permanent change anymore. This is the new reality; suddenly everything is important and nothing ever gets resolved. What factors have caused society to become so ineffective in the face of rapid social change? The answer is not that we have run into a concrete wall that rendered our activism ineffective. It is the breaking down of all the traditional walls that skillfully coordinated and controlled the distribution of news that used to inspire us to seek social change in a constructive way. The Information Age has knocked these walls down and we are overwhelmed. What we have today is a chaotic, uncontrollable, democratic flood of information and no one to direct it. It is raw data, not honed knowledge that is informing us, and therein lies our problem.

To demonstrate my point, I often use the example of the tree falling in the forest. If no one hears it, does it really make a sound? Well, 30 years ago there were exactly three networks that could have reported on the fate of that tree, if they had enough reporters to send to the forest and if there was time in their half-hour a day news program to report on news of this type. This was real power that the media world will never see again. Today, with cellphone cameras making every person a citizen reporter, social media networks, the millions of bloggers and the thousands of 24/7 news outlets around the world, every tree in that forest has a hundred cameras on it with hi-def audio reporting its every vibration. Today, we drain ourselves emotionally every time a tree falls, leaving us with little energy for issues needing long-term perseverance. The millions of fallen trees that went unreported in the past, for better or for worse, were determined by the network elites to be the ones that drain us today. Before the information walls were knocked down, limiting the choices on what the media deemed important was crucial in building movements that forced the system to move forward. Today, we're drowning in information, and very little seems to change.

Change has historically come in either revolutionary or evolutionary form. The former requires the weakening of the existing system by a stronger new system. The latter relies on the consciousness of leaders within the system to facilitate the change. Those realities haven't changed much in the history of modern humanity. What has is transparency and social media have exposed the inherent pathologies in a closed system but have fallen short on providing the needed medicine for the cure, a lesson on the massive gap that exists between the aspiring values of the virtual world and those of the physical world.