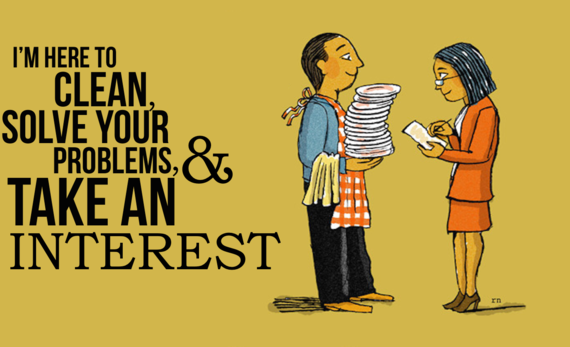 Last week (in reality, probably years ago), I reached a level of epiphanous that prior to last week, I had not yet reached in my life.

I can't remember if the moment happened before I was straining two-day-soaked raw almonds into a cheesecloth so that my girlfriend and I could enjoy the homemade alternative to baby calf fluid (i.e., milk), or if it was after I made a rather nice homemade Meyer lemon hummus using artisan olive oil from Maine.

A couple of weeks ago, I wrote what I thought to be a harmless blog about my confusion regarding "Tough Mudder" and "Spartan" races -- the endurance and "gladiator-style" obstacles courses for grown-ups -- and how, on the top-layer of it all, are rather silly. I pointed to the picture below, asking readers if they could pick out which of the two men was competing in a race, and which one was in the movie, Apocalypto. 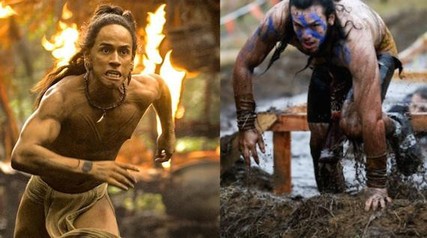 It was a joke. The whole blog was a joke in fact, further evidenced by it's publication in the "Comedy" section of the website.

But a hundred-plus comments and a full Twitter feed later, it was clear that, at least in this whey-protein-addiction circle, I was not just a "nerd," but a "half-vagina," a "regular" vagina (which I suppose would be a full-vagina), even a "so-so vagina," and a bunch of other names that spread over my Twitter feed like an online germ, and all from a group of people who love nothing more than to crawl into and out of forest fires on a Saturday afternoon -- for fun.

Ironically, I was baking a nice rosemary and thyme bread* when this mention was coming in.

*Guys, a good bread recipe is just as important as a good chicken soup recipe. I have both. I'll hook you up.

For the majority of my young-but-starting-to-see-grey in my beard-life, I've worked from home. Which means for the latter third of my life, I've essentially been a SAHM, or stay-at-home-man. I've had years to practice becoming a twenty-first and a half-century man. Like our ancestors who had to adapt a millennia ago, I've adapted. Evolved. Into what is today a perfectly deft man, capable of a myriad of things that were once thought to be "something a woman does." But I'm perfectly fine with that.

This only means that you won't find me bench-pressing 300 lbs (Is that a lot or not a lot? See, I don't even know.), but rather I'll make you (or your girl after I steal her from you) a nice iced ginger tea with real ginger and real mother-fucking lemongrass that I snip from its little potted home next to the window sil.

After tea-time, I might do a little "Pinteresting" and get some ideas on how to build that perfect shelf with a couple of iron brackets that my girlfriend and I found at a flea market. That's right. Twenty-first and a half century-man goes to flea markets. And she might even come home from work one day and find that shelf on her wall, cause that's how I roll, bitches.

I can make a mean bed in the morning, too. Sure, it's not just because she leaves damningly early, but because I can. "Do you want the yellow pillows in front of the patterned ones? Wait... which pillows go there and which go here?" I also know that the buttons on the duvet cover go on the bottom. You don't have to tell me.

And I know what a fucking charger is, too. I'm not some heathen.

During the sporadic minutes here and there of free time that I have, I'll vacuum. Because a clean house is a fucking happy house. Plus, why not?

Laundry? Sure. Consider it done. I know that using warm and hot water is a total waste of resources, and that in some cases, cold water actually does a better job of cleaning and maintaining the fabric. And I know that washing clothes by material, not color, makes them last longer. I'm not an idiot.

At some point in the late afternoon, I'll go food shopping for you. Pffft... bfd. Text me a list, babe. Ya, that's right. Go fuck yourself modern man. I love to go food shopping. I'll run circles around any twenty-first century man when it comes to food shopping. If "Supermarket Sweep" was still on the air today, I'd enter to be a contestant and I'd win whatever it is that they used to give away as prizes. Although, in all honesty, this guy isn't on my team. He is not twenty-first and a half century-man.

But twenty-first and a half century-man is a hybrid. We too, just like our predecessors, are outdoorsmen. We can do manly things like barefoot run, bike a hundred miles in a weekend or rotate our tires on our own. Home repairs? This is what YouTube is for.

Any good relationship requires a few things; trust, acceptance, transparency, compromise and the ability to communicate, which might be the most important and perhaps a reason that for every 6.8 couples who marry in the U.S., 3.6 of them get divorced.

Maybe it's just because of the sex these couple aren't having, which a 2013 study by the American Sociological Review claims to be happening with married men doing more chores around the house. They didn't, however, factor in that it could just have been the marriage and not the fact that the guy is washing the dishes (or the bigger factor that the data was collected between 1992 and 1994).

A typical text from the girlfriend of a twenty-first and a half century-man.

The new modern man is here, so deal with it. We listen -- actually listen -- and not just pause the game while we look glassy-eyed at her as she talks about her day or which friend is doing what.

We download ovulation apps on our smartphones and sync them together because sex involves two people, after all. It's her body, will always be her body. So if she's going to let me use her body for pleasure, then it's only fair that I take an interest in every part of it. Not just what I see above the covers.

The blood of the twenty-first and a half century-man might not be flooded with casein protein and l-carnitine, but what we lack in sweaty, brute force aggression, we make up in other ways. Taking out the trash is so 1990.