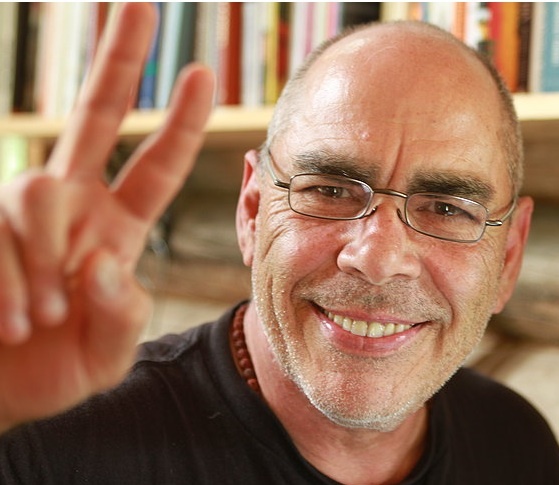 For Jimmy Santiago Baca, now a highly-acclaimed poet and writer, that moment when the power of words changed his life came as he was about to stab someone during a robbery he was committing. As he got ready to plunge a knife, he heard a voice tell him not to because "Then you'll never be a poet." He stopped short of murder and went to jail for robbery instead, but while in jail, after attributing the voice that saved a life to poet Pablo Neruda, he started reading and writing his way to a new life.

Santiago Baca, one of the keynoters at the Power of Words conference, Sept. 18-20 in Kansas City, has since turned his writing and his work toward helping others have similar moments. Through his organization, Cedar Tree, Inc., he offers writing workshops in prisons and community centers, and through schools and in detention centers for at-risk youth. His story, like the stories of so many people I've heard, shows us the power of the arts--particularly the calling to create--that can turn around a life gone destructive or self-destructive. As someone who has facilitated community-based writing workshops for many years, I've seen this power in action in a myriad of ways:

A moment. Some words on a page that show us what we really know or no longer know. Sometimes that's all it takes to pick up the thread of what's strongest and most vital in our lives, and cultivate the courage to follow that thread. Like the people I've worked with, I've lived the same story. When I was 14, in the middle of my parents' long-winded and painful divorce, I picked up a journal and wrote a poem. For years beforehand, I focused all my free time on drawing and painting, but now I needed words, and words didn't fail me. One poem led to another, and I followed. All I knew was that I needed to write, to make something that would show me where next to step. In the process, which has been rolling through the core of my life for over 40 years now, writing has continually opened up my peripheral vision, showing me more of the possibilities, tenderness, dangers, and inherent vitality the world has to offer. 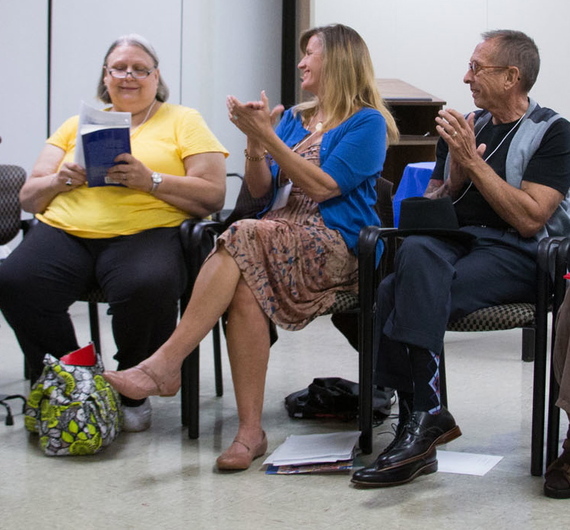 This is the same impulse that led me to help found Transformative Language Arts at Goddard College, a MA degree in changing the world and ourselves through what we write, tell, perform and create with words, and from there, the Transformative Language Arts Network, which is organizing the conference that Jimmy is coming to this weekend. In all this work, I witness how much one moment of finding the words to name who we actually are can change many more moments that follow.