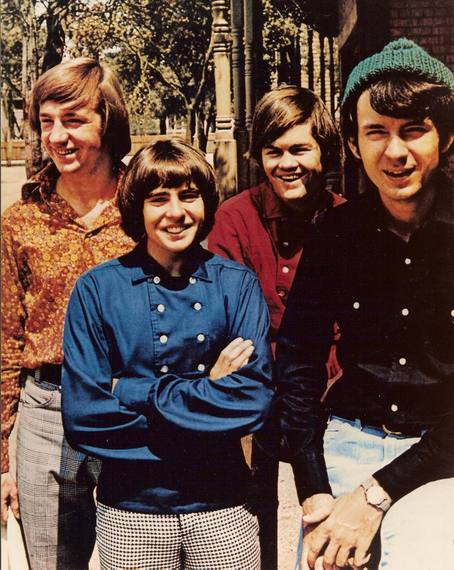 By the fall of 1966, the pop music renaissance the Beatles initiated was in full swing -- as exemplified by their recently released Revolver. Though now widely considered one of the greatest records of all time, many young listeners were turned off by the album's unusual instrumentation and psychedelic vibe. In fact, much of what young boomers were hearing on the radio or blaring out from older siblings' bedrooms was beginning to seem a bit over their heads. Many remember hearing Dylan and not liking his voice, saying he was "depressing" and "for older kids."

Young music fans were not getting much satisfaction from the Rolling Stones, either. As one, Beatleness interviewee, age 10 at the time, recalled, "The Stones didn't have those nice Beatle harmonies, and the lyrics were less fun." Even reliable hit makers like the Beach Boys, one of the few pre-Beatle acts still on the scene in '66, were becoming less accessible. Their critically acclaimed Pet Sounds yielded only two top ten hits. Many young Beatle fans longed for their beloved moptops who were no more.

To satisfy this longing, producers Bert Schneider and Robert Rafelson put out a casting call for a certain type of young hipster -- no musical ability required -- and created the Monkees and their prime-time TV show, which premiered fifty years ago this week. The Monkees provided young viewers with a fresh, new set of four charismatic young men who move through a world of uptight adults while singing infectious pop songs. The producers, along with Screen Gems and ABC, knew they had a winning formula. But for Rafelson, it was also important to listen to what "today's generation" is saying and "not just tune them out because they have long hair."

According to the show's promotional material, the Monkees wanted "to make every day Saturday night, to climb impossible mountains, to take a trolley car to the moon, and to deflate stuffed shirts." Viewers were invited to "follow the Monkees as they plunge into the funniest revolt against our conforming button-down society that has yet to come to television."

The Monkees created a world in which witty, good-hearted youth do battle with the humorless, clumsy social order around them -- just as the Beatles did in their two films. A lot of demographic research went into the show, which set its sights squarely on 10- to 15-year-olds. As Micky Dolenz put it, "The Beatles had left a sort of vacuum when they evolved," and "up-and-coming teenyboppers didn't have anything to listen to that they could appreciate, understand, or relate to -- until the Monkees."

New York Times TV critic Jack Gould called The Monkees "a far-out bit" that was the bright spot of the new TV season. Likening the Monkees to the "Marx brothers in adolescence," he praised the show's "considerable wit and inventiveness," and said it "broke the mold in situation comedy." The Monkees' silliness, sight gags, cartoon graphics, gadgetry, mod clothing, and surreal situations felt like a cross between Help! and Get Smart. Quick editing created a sense of breathless hurry, and you didn't want to look away for a second. If the stodgy TV critic at the New York Times thought it was the hit of the new TV season, its target demographic was enthralled.

Some young fans who put the Beatles on a back burner felt "disloyal," but as one female fan, age eleven at the time, put it, "I started listening to the Monkees and Davy Jones; they were more innocent, not that deep." A male fan remembered it this way: "The Beatles changed from a pop group to this remarkable thing, but not for a 12-year-old. I wasn't ready for it. I went back to the early stuff, and the Monkees."

The "Pre-fab Four" captured the lightness and carefree spirit of the early Beatles, yet their songs, written by the best songwriters of postwar pop, reflected the new consciousness the Beatles brought to the whole genre -- with lines like "take a giant step outside your mind." On their first two albums, "The Monkees" were actually The Wrecking Crew, an LA-based studio ensemble that played on hundreds of top hits throughout the fifties and sixties, and into the seventies.

In an interview shortly after the show went on the air, Peter Tork said, "There is a social revolution going on and the young ones are into it." He continued, "Dogmatism is leaving the scene. Youth is examining all the old-time premises that used to be taken totally for granted -- sexual mores, artistic mores." Describing his draft status as "they thought I was crazy," Tork said, "I think you should stand for what you believe in, and I stand for love and peace."

The sensibility of The Monkees was overtly countercultural, from the "Money Is The Root of All Evil" motto hanging on the wall, to the band members' casual use of the word "man" at the end of sentences. And the show's disrupted linearity, surreal subplots, jump cuts, and variable speed of movement served up psychedelia for young viewers.

Boomers debated the merits of the Beatles and the Monkees with friends and siblings. There were many similarities and differences between the two foursomes. But the most significant similarity, and lasting impact, is that the Monkees, like the Beatles, presented the youngest baby boomers with music, images, and ideas that furthered the social revolution that Peter Tork spoke of. The Monkees offered the alternative consciousness of the ever-new Beatles, with the joie de vivre of the original Fab Four.

The following summer, a.k.a. "The Summer of Love," when thousands of young people were running away to San Francisco, the Beatles' Sgt. Pepper and the Monkees' Headquarters topped the album charts, and the Monkees' anti-establishment lament "Pleasant Valley Sunday" hit number three. The song offers a "Penny Lane"-like tour of a neighborhood and its inhabitants, through the eyes of a jaded young person, turned off by conformity and consumer culture; the kind of young person who might be thinking about finding his tribe in San Francisco, or at Woodstock, two years later.

PHOTO GALLERY
Where Are They Now?
Download
Calling all HuffPost superfans!
Sign up for membership to become a founding member and help shape HuffPost's next chapter
Join HuffPost

What The Monkees Meant To The Youngest Boomers
Where Are They Now? 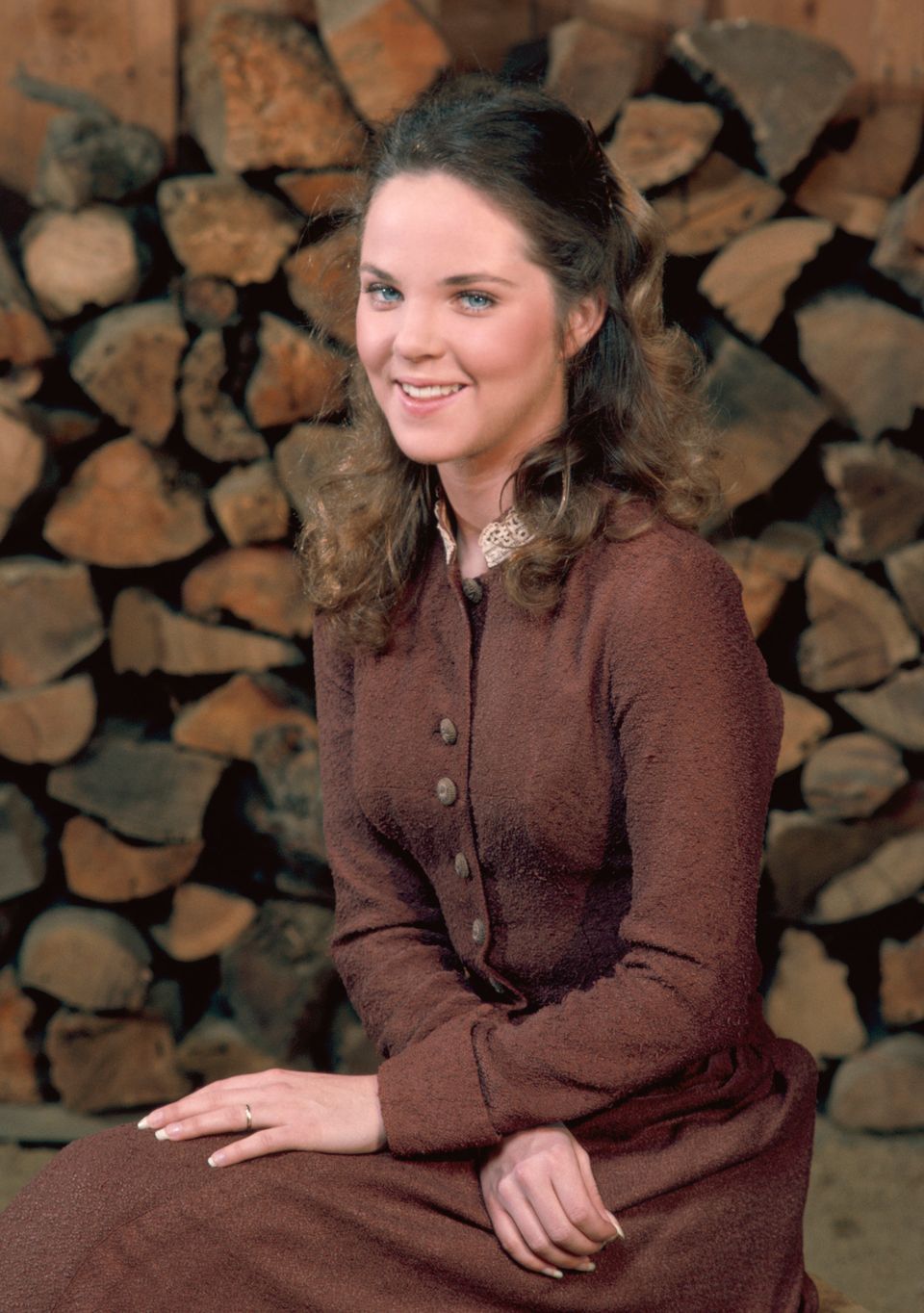 1 / 16
Melissa Sue Anderson: Then
<a href="http://www.imdb.com/name/nm0000757" target="_blank">The actress</a> played the blind, quiet and good-hearted older sister, Mary Ingalls Kendall, in the hit television show "Little House on the Prairie." Anderson was nominated for a Primetime Emmy in 1978 for her role, but her acting career after the end of "Little House" in 1983 was more bit than leading lady. (Though she did nab a Daytime Emmy for a 1972 ABC Afterschool Special!)
Getty Images