Throughout most of America's history, we've had a two-party political system, but the divisive and competitive politics of the Democrats and Republicans have many Americans wondering whether we'd be better off with a multi-party system.

In the beginning, there were two parties: Adams and Hamilton's elitist Federalist Party, and Madison and Jefferson's populist, small-government Anti-Federalist Party, later called the Democratic-Republican party. In 1815 the Federalist party fell, leaving one remaining party for two presidential terms, aptly called the "feel good era". The good feelings didn't last, and the party split into Democrats and Republicans. The Whigs briefly rose, but only lasted until the 1850s. We've had the Democrats and Republicans from 1869 onward, though yesterday's parties were ideologically different from those of today. History has seen the formation of various minority parties, but our system has largely been dominated by the big two. 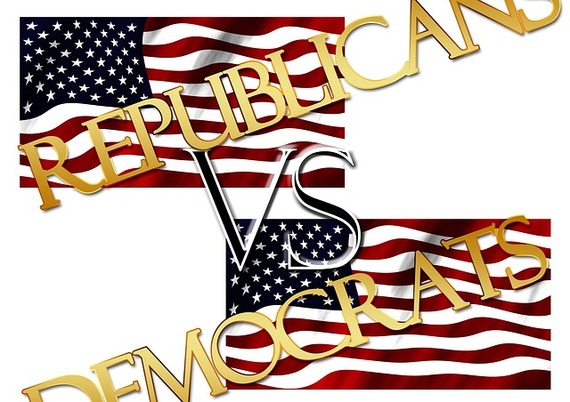 So why two parties? Apart from our constant partisan bickering, liberals and conservatives actually agree on many core values, such as personal liberty, equality and free speech. It makes sense to have two parties that agree on our central ideals, but disagree how to accomplish them. A two-party government tends to be more stable and easier to govern; volatility is a large weakness in countries with many parties. Tradition plays a significant role, as we remain entrenched in the party arrangement that we have had for much of our history. The principal reason is our "winner take all" electoral college system, wherein a party wins all (or none) of the allotted votes for each state, based on the majority vote. The losing party gets no representation, rather than a percentage of it, as in a proportional system. This setup perpetuates itself, and makes a third party win nearly impossible.

George Washington left us with an ominous warning about a two-party system in his farewell address:

The alternate domination of one faction over another, sharpened by the spirit of revenge natural to party dissension, which in different ages and countries has perpetrated the most horrid enormities, is itself a frightful despotism.

The present discordant political climate makes Washington's words as relevant as ever. Our structure naturally forces us to choose sides, fostering an "us or them" mentality which severely limits our choices. President Washington worried that this eventually would lead to a single individual seizing control, and advised restraining our system with checks and balances, in order to prevent this "frightful despotism":

Without looking forward to an extremity of this kind (which nevertheless ought not to be entirely out of sight), the common and continual mischiefs of the spirit of party are sufficient to make it the interest and duty of a wise people to discourage and restrain it. 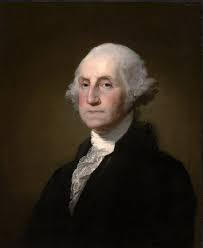 The American political party model is the minority worldwide; most other democracies have three or more parties, even dozens in several countries. Our North-American neighbors can demonstrate two very different examples of how a multi-party system might function. Canada, a constitutional monarchy with a parliamentary system, has six major political parties, while Mexico, a presidential system, has seven. Canadian politics are dominated by a liberal and a conservative party -- both of which are more ideologically moderate than ours. Canada's minority parties are nevertheless influential and capable of winning elections; in recent years, Canada's New Democratic Party has risen in prominence. Canada's size and population density is best represented by multiple parties. Mexico's system includes proportional representation, with parties needing at least 2 percent of the vote in order to maintain their party registration. Voting is compulsory, but these laws are not enforced. Mexicans have long opposed the concept of reelection (although this is now changing for legislators only), so their presidents are limited to one six-year term.

One commonality in multi-party countries is a parliamentary government, with some exceptions. Another is proportional representation; the party with the highest percentage of the vote wins. This system confers the obvious benefits of more party choices, and accurate representation for minority parties. Countries with more than two political parties often demonstrate higher voter participation, as citizens from various ethnic and ideological backgrounds can find groups that closely match their ideals. The downside is that with so many options, consensus on major issues becomes difficult, and accomplishing tasks becomes arduous. Splinter parties often form and dissolve rapidly. In America, governance is challenging enough with only two parties; it's hard to imagine congress attempting to please 10 different parties.

The grass is always greener on the other side, and Americans often denounce our polarized two-party system in favor of three or more parties, with good reason. Our current arrangement deters us from voting for third-party candidates, as we are loath to waste a vote. Crossing the aisle is a political liability for lawmakers, who are forced to vote in lockstep with their party. Consensus is admittedly difficult with many opposing coalitions in countries with multi-party structures, and the formation of too many parties must be prevented; this could easily by achieved by requiring parties to maintain a percentage of the vote in order to remain active.

We could have the best of both worlds by establishing a proportional system in order to give minority parties a fighting chance, which would in turn keep the majority parties on their toes. Perhaps it would motivate them to work harder for their constituents, lest they be voted out in favor of a third party contender. It's high time for America to join the majority of the world's democracies by giving a multi-party system a chance.