It was just after 6 am when the first raft was spotted, a bobbing dot visible through the predawn gloom only by the florescent reflections of life jackets. The sun still had about an hour to rise and the waters that divide western Turkey from the Greek island of Lesvos were ink-black and calm.

"A lot of people will come today," Vaios Polichronidis, the leader of the Praksis paramedic team in Lesvos tell me. "When conditions are like this, they always come."

And they did. Raft after raft, each filled with about 50 people of all ages and nationalities, a mosaic of humanity washing onto the shores of Lesvos--and with it, the door to Europe. 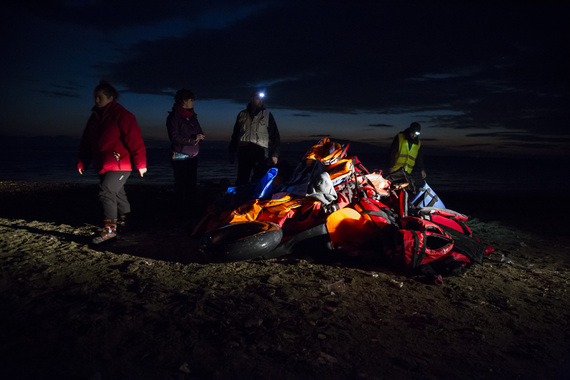 I spent the morning shift of January 22nd with Vaois and the Praksis paramedic team, which International Medical Corps supports to ensure first aid is available when people first arrive. From 6 am to 2 pm, they responded to eight rafts, one after the next, landing roughly 400 souls on the southern shoreline of Lesvos. By the time one raft was unloaded and its exhausted occupants cared for, another alert came through on the WhatsApp group for first responders: a boat was just off the coast and they were needed right away.

Some landed on popular summer swimming beaches. Others came ashore on jagged, rocky coastlines that required first responders to secure ropes to help pull them up. Some were dry, others soaked to the bone and at dangerous risk of hypothermia.

In my eight hours with the team, two refugees got hypothermia. Though mild, their faces were ghostly grey and their bodies trembled. One was just 14-year-old girl from Afghanistan who made the journey with her cousin. Vaios helped her lie down on the hard-pebbled beach, quickly wrapped her in emergency blankets before applying small heat packs to her neck and chest. An ambulance came a few minutes later, but by then the girl had stopped shaking and was able to sit up and respond.
It was a close call. 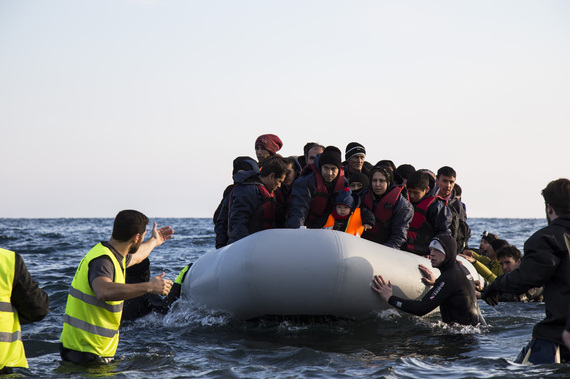 Others were not so lucky. Just the day after I was with the Praksis team, at least 45 people drowned, including children, after two boats sank on their way to Greece.

We came across one raft that nearly sunk during our shift. By the time it finally beached, it had filled with at least a foot of frigid water, which people had been sitting in for hours. People were soaked and needed dry, warm clothes or they too could fall prey to hypothermia.

I ended up with Vaios and a girl who could not have been more than eight years old. Her tiny legs quivered underneath her soaked jeans and her teeth clattered. Vaios carried her quickly to the van, where he put the heat on as we found her dry clothes to change into. Once she was warm, Vaios pulled some chocolate and a banana out of his bag and handed it to the girl--and for the first time, a shy smile spread across her face, erasing the look of fear and bewilderment that gripped her just a few minutes earlier. 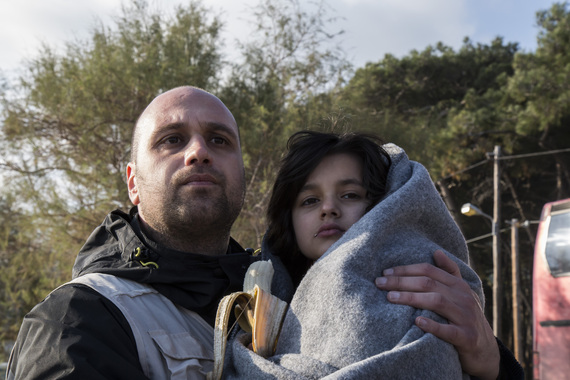 We walked her over to meet her mother and siblings and they boarded a bus along with their fellow passengers that would take them to Moria, the formal transit site where they will register before traveling by ferry to Athens. They will then begin the long journey thousands of miles over land in the dead of winter.

"On the shore, medics and ambulances are not always available, especially if the boat lands far from the transit sites, which is very often," Vaios says. "Our duty is to ensure--or at least try our best--that all of them get a chance to live."

Most of those making the dangerous journey are from countries engulfed in war. Nearly half are from Syria, followed by Afghanistan and then Iraq. They flee a level of violence and persecution outsiders cannot comprehend. They seek only a better, safer life for themselves and their families--a goal that all of us can relate to, whether we were born in Los Angeles, Lisbon, or Aleppo. 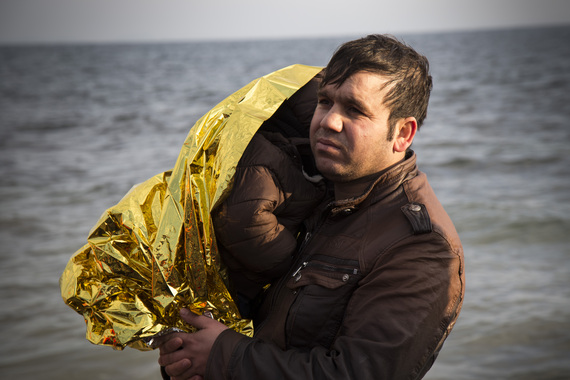 I met one young mother, Shyma Aababidi, who traveled with her husband and two daughters, ages three and five, from Idlib, a war-torn city in northwestern Syria. After what seemed like endless airstrikes, they decided the journey across the Aegean was safer than staying in Idlib. It took them about a week to get out of Syria and to the Turkish coastline and another three hours to cross the sea to Lesvos. They hope to make it to Germany, a voyage that will take them across 1,700 miles and six more international borders if they succeed.

Another man on their boat, Omar Alabdalah, came to Lesvos from Aleppo, another Syrian city severely damaged by some of the war's heaviest fighting. He had already been traveling for one and a half months and wants to make it to Austria. "There was no life left in Aleppo," he explained to me. "We had no electricity. Only killings and airstrikes. It was tragic."

More than one million people braved treacherous sea crossings to reach Europe in 2015 and the numbers so far in the new year show no sign of slowing. In 2016, more than 74,000 men, women, and children have crawled into inflatable rafts whatever belongings they could carry and headed for Europe. Lesvos has received the vast majority of them. On the day I was with the Praksis team, 4,176 people crossed the Aegean to Greece, landing on beaches at Lesvos and elsewhere along the country's shores 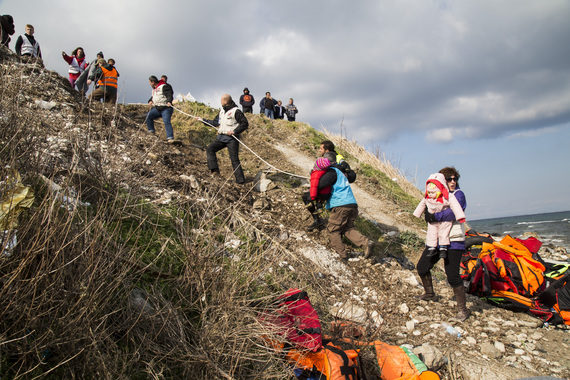 As Syria's civil war grinds on with no end in sight, those who remain trapped in the conflict that grips their homeland weigh a choice: risk a sixth year of seemingly unending violence at home, or let go of any hope of a normal life where they are and leave to attempt the three-hour dash across the Aegean. Vaios and the Praksis paramedic team he leads witness the outcome of this choice daily on the beaches of Lesvos.

What would you choose?