Somehow over the years, without ever really intending it, I've managed to become quite the aficionado of drag culture. My fascination with drag queens began in my youth when I first met RuPaul in the early 1990s. I had just finished a full tour of duty in the U.S. Army and after years of living under the blatantly anti-gay and repressive attitudes of military life, I happily embraced the bacchanalian freedom of the then vibrant downtown club scene in New York City. I was blown away by the energy and the people, like RuPaul, who seemed to radiate that energy like a furnace. It wasn't just RuPaul's beauty that beguiled me but also his talent and defiant courage that propelled him to stardom, despite a world that held little hope for a black gay man to even dream of such things.

Years later, I would work with RuPaul on his independently produced movie Starrbooty. I appear in the film basically as a glorified extra, and I also filmed the behind-the-scenes feature for the DVD. And right about that same time World of Wonder (the production company that produces RuPaul's Drag Race) had just created their own blog, and I started writing about my experiences of following RuPaul as he toured the LGBT Film Festival circuit to promote Starrbooty. I ended up blogging for World of Wonder for over five years -- and during that time, I happily covered more than my fair share of RuPaul's Drag Race parties and promotional events. Along the way, I've become an avid researcher and chronicler of drag history in America. I have been lucky enough to meet and be entertained by some of the most talented and beautiful drag queens in the world and the range of talent and beauty among them is breathtaking. And, yet, I never felt that I had met a queen that I thought could truly match RuPaul on every level (Charisma, Uniqueness, Nerve and Talent). That is, until I met Courtney Act.

There is quite the bit of buzz about Courtney lately. I first heard about him when he became a semi-finalist onAustralian Idol a few years ago, and the buzz kicked into high gear after it was announced that he would be a contestant on this season of RuPauI's Drag Race. I saw Courtney performing his one woman show Boys Like Me during a recent string of sold-out performances at the Beechman Theatre in Manhattan this past weekend, and I can't remember the last time I laughed and applauded with such abandon at any show! Courtney (a.k.a. Shane Jenek) is born entertainer adored by his audience. He has undeniable beauty, is a talented singer in his own right, has a great sense of timing and a sharp comedic wit, as well as that special "it factor" that just draws you in -- truly the total package! Now I have no inside information, nor do I have a clue as to who will win the crown on this season of RuPaul's Drag Race, but I can't see anyone who deserves it more than Courtney Act.

PHOTO GALLERY
The Most Amazing Drag Queen in the World
Download
Calling all HuffPost superfans!
Sign up for membership to become a founding member and help shape HuffPost's next chapter
Join HuffPost
Follow Wayne Anderson on Twitter: www.twitter.com/Aguynamedwayne 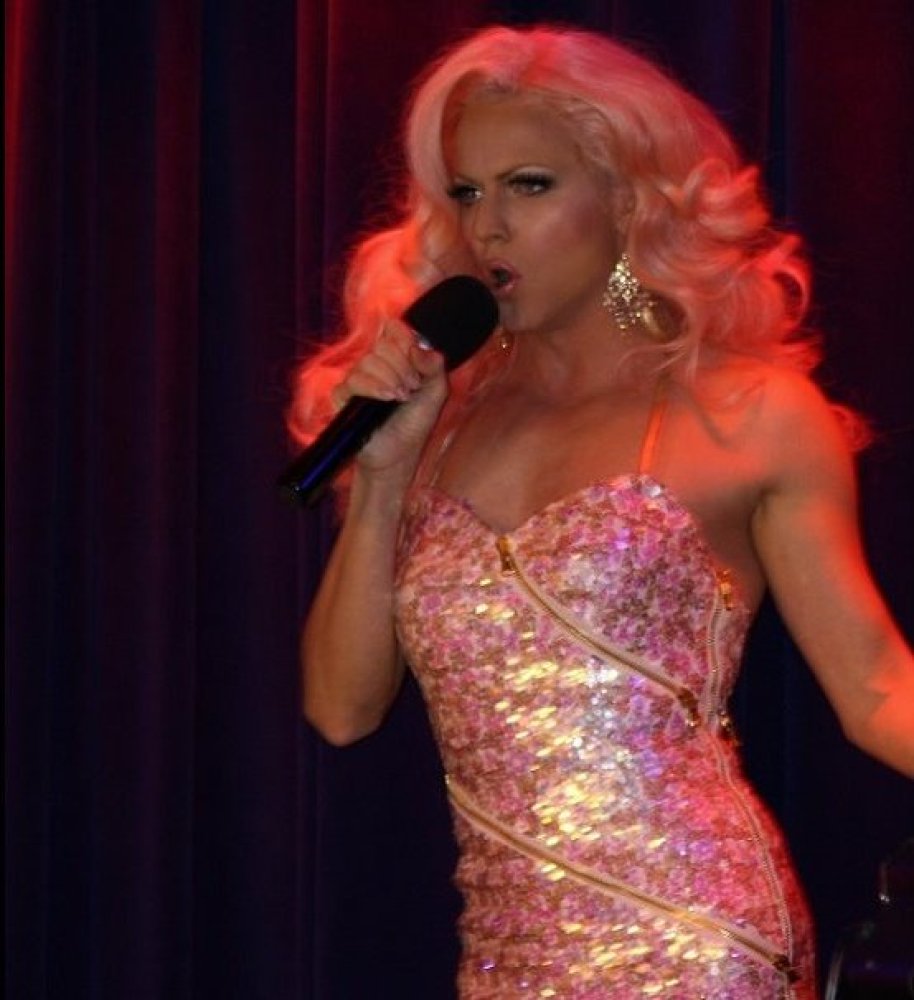 1 / 15
Courtney Act - The Most Amazing Drag Queen in the World
Courtney Act gives the sold out crowd what they came for! Beechman Theatre, NYC 3/29/14