As usual, fall is when the big guns come out. Exciting novels by major writers like Ha Jin, Haruki Murakami, Umberto Eco, Jeffrey Eugenides and Russell Banks. An important life of George Kennan, and of writers Kurt Vonnegut, Lorine Niedecker and William Carlos Williams. Short stories by a master writer, an inventive memoir of China's social transformation, the best-written recent book on Pakistan, meditations on the Arab condition, and a reassessment of the cultural politics of Russia in the 1930s. And an important book on the recent healthcare reform from someone who's seen it all.

PHOTO GALLERY
The Most Anticipated Books for Fall 2011
Download
Calling all HuffPost superfans!
Sign up for membership to become a founding member and help shape HuffPost's next chapter
Join HuffPost 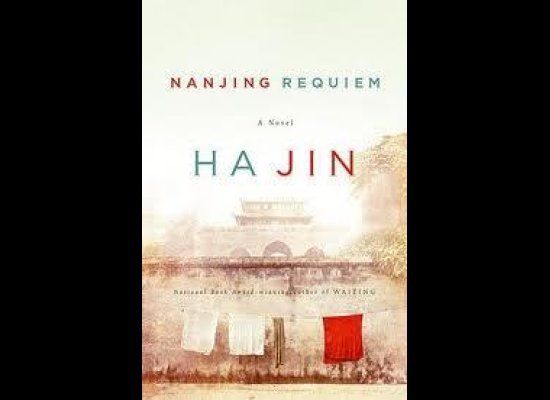 1 / 18
Ha Jin, "Nanjing Requiem" (Pantheon, Oct. 18)
Ha Jin is one of our finest novelists and short story writers, and in this novel--the subject of which got a huge popular airing with the publication of Iris Chang's 1998 bestseller <em>The Rape of Nanking</em>--he attempts a very daring feat by dramatizing the life of Minnie Vautrin, one of the leaders of the Nanking Safety Zone (NSZ) established by the International Relief Committee in that besieged city. Vautrin, as acting president of Ginling College, gave refuge to 10,000 Chinese, and is remembered as the Goddess of Mercy by Nanking inhabitants. "The Rape of Nanking" was until recently relatively ignored in American intellectual circles, and Ha Jin's new novel is an indispensable new means to comprehend the incomprehensible events of December 1937 and the weeks that followed. Excerpt: "It was a sullen wintry day, the gray clouds threatening snow. The sycamore and oak trees along the street were swaying and whistling as gusts of wind swept through them. A rusty sheet of corrugated iron tumbled across the street and fell into a roadside ditch. Here and there scummy puddles, like giant festering sores, were encrusted with ice on the edges. In the distance firecrackers were exploding while drums rolled, suona horns blared, and an array of Japanese flags flitted across the thoroughfare--a celebration of the occupation was in full swing. About a thousand Chinese, including some school pupils, were waving tiny flags and shouting slogans in support of the Japanese rule. Some even chanted "Banzai, banzai!" while a procession of men and women was performing a dance on stilts, wearing green and vermilion gowns and waving fans."