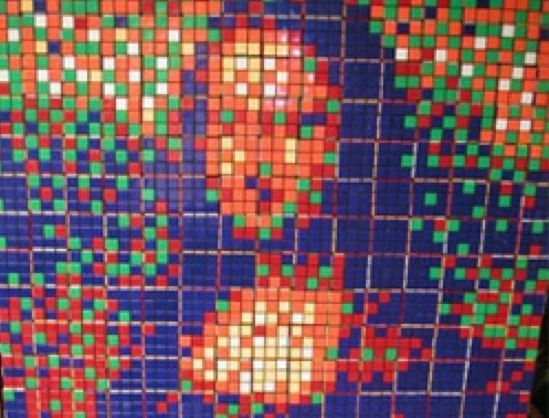 If you've ever picked up a Rubik's Cube, there's a good chance you've been frustrated by it. We can't all be that idiot savant we've seen in the movies, wowing suit-wearing businessmen by solving the vexing puzzle with ease.

Well those characters are nothing compared the artists who spend their days not only solving Rubik's Cubes, but making amazing creations with them. The movement is known as Rubik Cubism and it has drawn the attention of everyone from art aficionados to toy-fanatics since its inception in the mid-1980s.

Since each cube has the potential for billions of variations of colors, the possibilities of subject matter should be endless. Yet for some reason, most Rubik Cubists choose to create tributes to icons of pop culture, immortalizing everyone from Stephen Colbert to the "Pacman" ghosts. 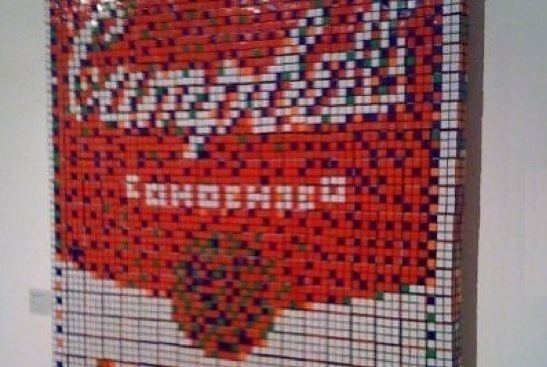 But that's part of the appeal. Rubik's Cubes are fun. So of course, the finished products should be as well. It may be the only respectable art form where a giant portrait of Jaws from "The Spy Who Loved Me" can not only exist, but be revered. (If you're unfamiliar with that particular Bond flick, it's the actor Richard Kiel who also appeared as the token giant in "Happy Gilmore.")

Two of the major players of the genre are Robbie Mackinnon and a street artist who goes by "Space Invader." The latter, of course, is named after the classic arcade game. It's an apt moniker, as video games are a common theme of Rubik's Cube art. They're a perfect combination, as classic Nintendo characters have the same nostalgia factor as the cubes, themselves.

We've compiled some of the most awesome creations we could find. And this is merely an introduction. Think of it as a greatest hits album or a sampling platter. If you dig deeper, there's plenty of cubes and colors for everyone.

Some highlights include the aforementioned pieces, as well as some pretty fantastic homages to classic films and public figures. The Dalai Lama never looked so good. Or pixelated.