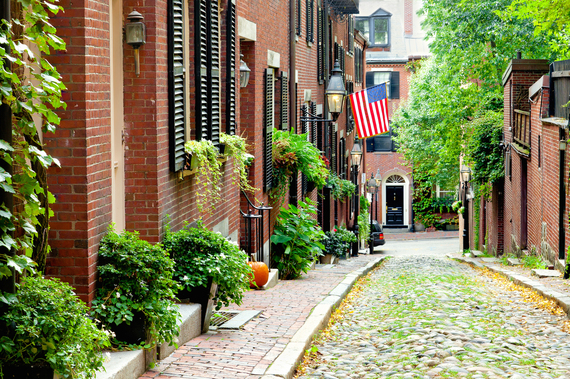 Despite what the History Channel tells you, there's more to the past than Nazi gold and watching Chumlee sell ice cream outside the Gold & Silver Pawn Shop. There's history everywhere you look... maybe even in the city you are in right now. But just as not all neighborhoods can be as sexy as South Beach, not all can be as historic as, say, Old City in Philly. Which is why we consulted our history books -- and a whole lot of pictures of city streets over the years -- and power ranked America's most beautiful historic 'hoods.

More: 12 Quick and Easy Home Hacks Every Renter Should Do 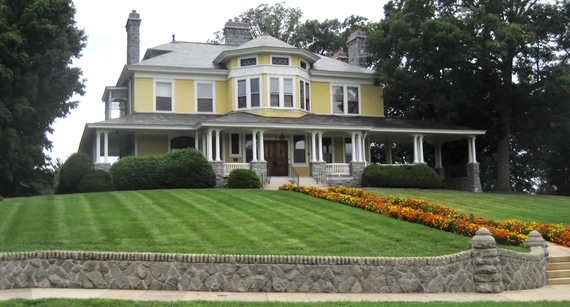 12. Montford Historic District
Asheville, North Carolina
This primarily residential neighborhood listed on the National Register of Historic Places is a living history lesson in architecture, with 600+ buildings spread out over 300 acres. It features a power tour of 1890s-1920s homes ranging from colonial and neoclassical to Victorian (and weird castle-like structures), plus a cemetery where famous writers like Thomas Wolfe and O. Henry are buried. With some of the homes formerly used as boarding houses and a tuberculosis sanitarium/mental hospital (where F. Scott Fitzgerald's wife Zelda died in a fire), today the area is best explored by walking/driving/trolley tour or by joining the insane crew of LaZoom Comedy Bus Tour. While you're here, be sure to check out the Montford Park Players as they perform free Shakespeare at the Montford Community Center's outdoor amphitheatre all summer long. Ask if you can crash at their place. 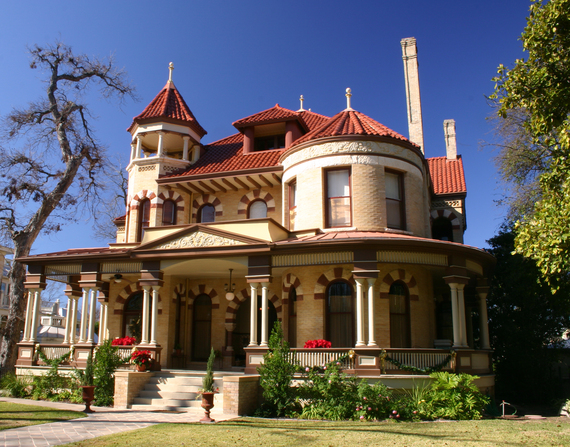 11. King William District
San Antonio, Texas
While the area was originally farmland owned by the Mission San Antonio de Valero (aka the Alamo) in the 1700s, this primarily residential neighborhood didn't really take shape until the 1860s when German immigrants began to settle and build homes in the area. By the late 1800s, it had evolved into the city's most elegant district. These days, you can stroll the banks of the San Antonio River and check out historic mansions like Villa Finale and the Steves Homestead Museum while admiring the neighborhood's beautiful Greek revival, Victorian, and Italianate homes, many of which feature plaques out front offering historical info. Afterwards, grab a beer at nearby watering holes like The Friendly Spot or Blue Star Brewing. You've earned it. 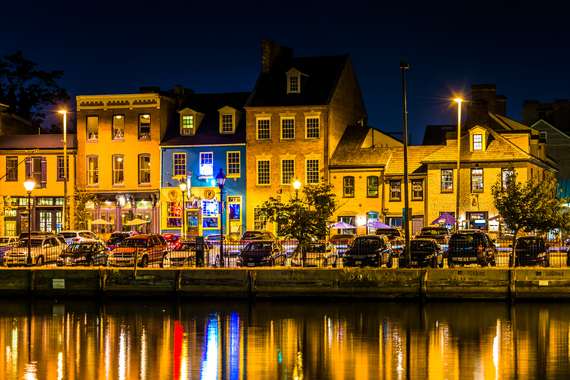 10. Fell's Point
Baltimore, Maryland
This historic waterfront district, established around 1763 along the banks of the Baltimore Harbor and Patapsco River, is more than just the former location of historic shipyards responsible for building some of the first US Navy vessels. With the greatest concentration of bars and restaurants in the city, it's also pub-crawl central on Halloween, Christmas, or during the Fell's Point Privateer Festival -- where you can dress up like a pirate and down pints in a National Register of Historic Places-designated district. Be sure to hit up the Robert Long House (1765) and The Horse You Came In On Saloon (1775), a former Edgar Allan Poe haunt reputed to be one of America's oldest bars. Talk about our kind of history lesson. 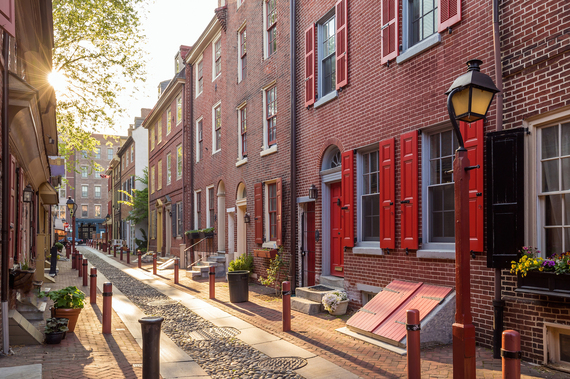 9. Old City
Philadelphia, Pennsylvania
The nation's most historic square mile has everything you think of when you think of Philly (outside of Frank Reynolds and the manic Always Sunny crew). It's got the Liberty Bell, Independence Hall, the National Constitution Center, and, like Baltimore's Fell's Point, an active party scene stocked with bars and restaurants. Check out Elfreth's Alley (1702), the nation's oldest residential street, and stroll the cool indie shops of 3rd St/famous bars of Market St before plunking down in the Great Plaza for the fireworks show every New Year's and Fourth of July. And while there are plenty of places to get boozy in the area (including Mac's Tavern, co-owned by Always Sunny actors), you won't find the McPoyles or Paddy's Pub. Which is definitely a good thing. 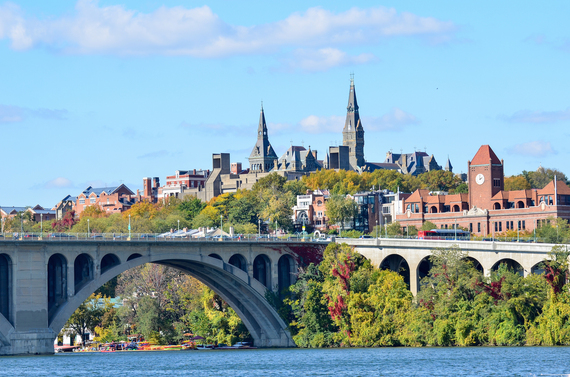 8. Georgetown
Washington, DC
If Georgetown's tree-lined cobblestone streets and quaint 18th-/19th-century row houses make it feel like its own city, that's because -- from its founding in 1751 until 1871 -- it was. These days it's not just home to pretty much any character portrayed in any political show you've ever seen (and plenty of real-life pols too), but it's also a commercial and nightlife center dotted with historical structures like the Old Stone House (1765) and Tudor Place (1815). But instead of looking at buildings, you're more likely here to argue politics over high-end eats while overlooking the Potomac at Fiola Mare, or tipping back drinks around M St with Georgetown undergrads at Blues Alley, a local jazz institution. 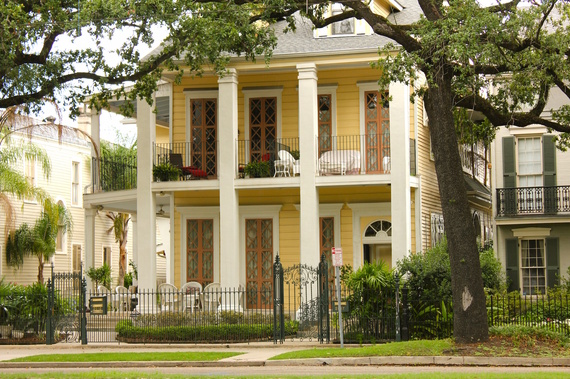 7. Garden District
New Orleans, Louisiana
The rolling green gardens that sit in between this Big Easy neighborhood's former plantations make up one of the best-preserved and most beautiful collections of historic mansions in the South, best viewed from a window seat in the equally historic St. Charles Ave streetcar (in operation since 1835 as the world's oldest continuously operating streetcar). Known for early-19th-century Victorian mansions like Buckner Mansion and the Anne Rice House, the neighborhood also houses freaky historic aboveground tombs at Lafayette Cemetery, as well as the home where famous sons Peyton and Eli Manning grew up. Hit up the friendly Balcony Bar along Magazine St or local landmark Commander's Palace, which has been serving up world-beating Creole-inspired eats in a cool historic space since 1880.

To find out which historic neighborhoods cracked the top 6 on our list, get the full story at Thrillist.com!

12 Neighborhoods Across America That Are About to Blow Up

Disgusting Parts of Your Home You Aren't Cleaning, But Should Be