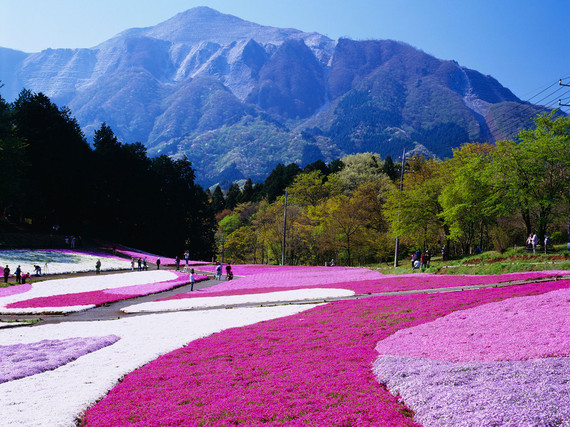 Forget dreary winter landscapes -- these vibrant places around the world are guaranteed to brighten your day.

Once a year, China's Luoping County transforms into a seemingly endless sea of yellow flowers. The bright fields of canola (the plants that make the cooking oil of the same name) bloom in February and March, giving the area of Yunnan an undeniably sunny feel for two months out of the year. 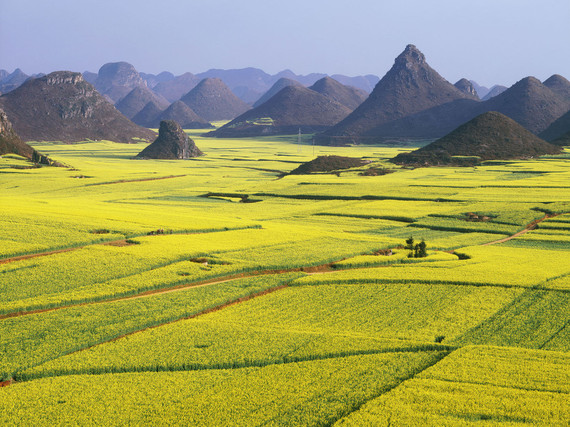 Bo-Kaap, formerly known as the Malay Quarter, is one of the most vibrant areas in Cape Town. From its position on Signal Hill, the neighborhood is known for its amazing city views and colorfully painted buildings. 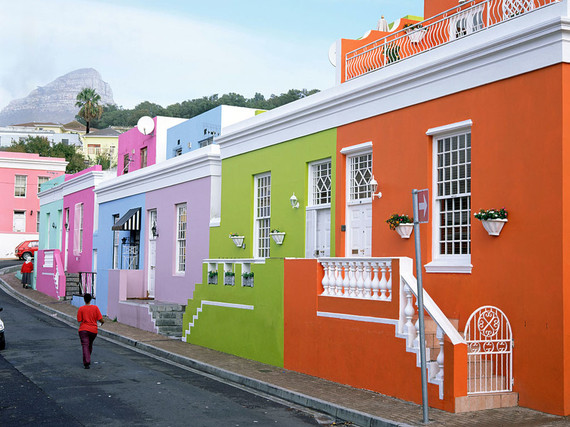 Miles of pink sand beaches stretch along the coast of Harbour Island in the Bahamas. The beaches get their color from red and pink shelled marine creatures called foraminifera that live in the coral reef off the island's coast. --Lauren Kilberg 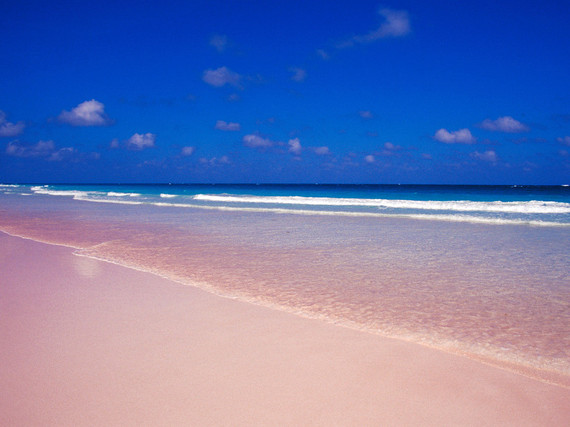 The striped, technicolor mountains in China's Danxia Landform Geological Park are almost too surreal to believe. The layered effect between the minerals and sandstone formed over millions of years, resulting in the magnificent landscape people flock to see (and Instagram, no doubt) today. 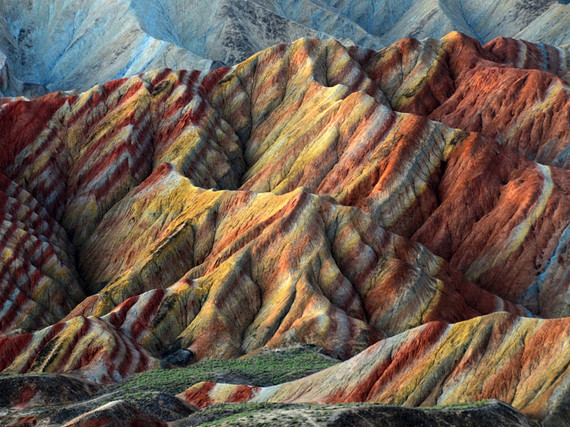 The cemetery at the Hallstatt Catholic Church may look like a perfect final resting spot, overlooking the Hallstätter See -- a picturesque lake near the ancient village of Hallstatt. Sadly, however, nothing here was very "final." Since space was at such a premium in the tiny cemetery, bodies were removed from the graves -- sometimes after as little as 10 years -- so new ones could be buried in their place. The old skulls were neatly stacked on shelves in the Beinhaus, or Bone House, in the 12th-century St. Michael's Chapel. Today, you can still see 1,200 skulls on display. --Marisa LaScala 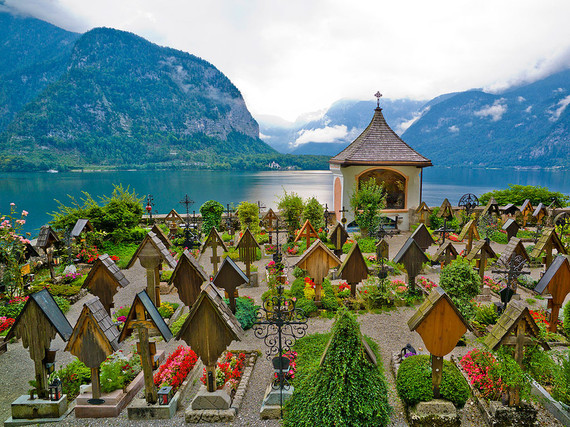 With its tradition of tolerance -- not to mention glorious Roman ruins and Mediterranean beaches -- Tunisia is like a beacon of hope in one of the world's most troubled regions. Photographer Cathrine Wessel captured the country's bright neighborhoods and markets, including the Tunis medina (pictured), a magnificent jumble of ancient mosques, Ottoman-era mansions, cafés and overflowing shops. 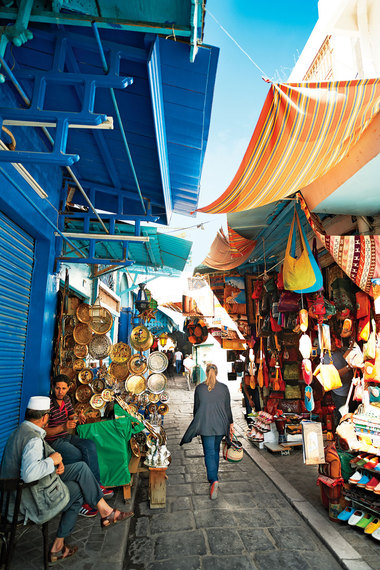 Japan may be known for its cherry blossoms, but the country also features another pretty plant --
shibazakura (pink moss). Shibazakura Hill in Hitsujiyama Park becomes a carpet of pink and purple blooms during the spring, drawing crowds to appreciate the hundreds of thousands of flowers set to the backdrop of Mt. Buko.

No list of colorful places would be complete without the Great Barrier Reef. The massive reef (which has over 1,500 species of vivid fish) can be seen from space, although the best vantage point belongs to the avid snorkelers and scuba divers who visit every year. 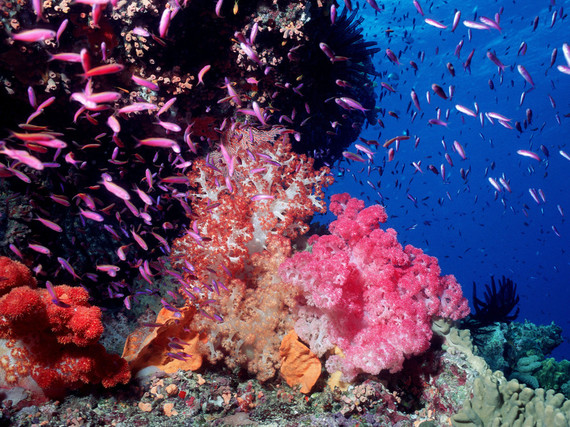 See the rest of The Most Colorful Places on Earth on CNTraveler.com

50 of America's Greatest Hits: The Best Thing To Do In Every State

Stunning Images From Around The World
More:
travelNatureglobal travelcolor
Newsletter Sign Up
An essential daily guide to achieving the good life
Subscribe to our lifestyle email.
Successfully Subscribed!
Realness delivered to your inbox