National Eating Disorders Awareness Week (beginning February 24) is upon us and it is an excellent time to remember that disordered eating of all kinds, across the spectrum, encompasses far more than most people realize.

Anorexia (restrictive or purge-like behaviors in an effort to become as thin as possible) and Bulimia (binge/purge behaviors) are the most well-known eating disorders and we've made great strides in raising awareness of both of these devastating problems. 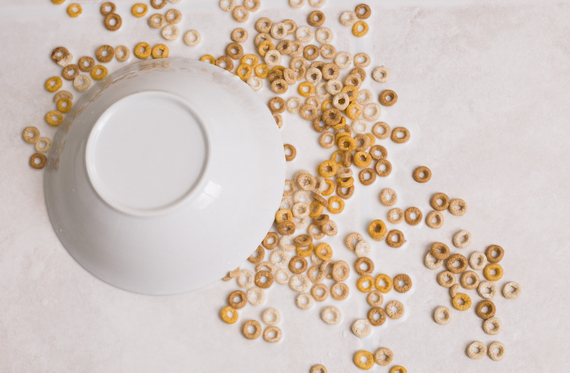 Though it is common for eating-disorder sufferers to experience more than one type, binge eating disorder has some unique attributes when compared with Anorexia and Bulimia:

It's also important to distinguish binge eating disorder from other forms of disordered overeating. Compulsive overeating (grazing that goes on and on, eating and drinking all the time with no sense of portion control) and emotional eating (eating that is situational and triggered by your perception of stressful events or feelings) are related but not the same. Binge eating, in its truest form, is what's going on when you ingest many thousands of calories in a relatively short period of time... multiple times each day, night or week... (usually) in secret.

Here are some other interesting facts about binge eating disorder:

• In addition to stress, common binge-eating triggers include boredom, depression, alcohol abuse and food restriction (deprivation leads to the inevitable "all or nothing" swing of the pendulum).
• "Binge foods" have some common characteristics -- they tend to be carbohydrates, light in color and smooth in texture.
• Many binge eaters alternate sweet and salty foods, one after the next.
• The three most common binge foods seem to be cereal, peanut butter and ice cream.
Many people overeat from time to time, but that doesn't mean they have binge eating disorder. If you are wondering whether you might have it, the key question to ask yourself is whether your binge eating episodes feel out of control and whether this pattern of eating is interfering with relationships, intimacy, social contact, work habits or other important parts of your life. If the answer is yes, it's important to seek help. It's available, it works and it may just end up saving your life.