A few years ago, American news channel CNN compiled a list of the world's top 10 ugliest monuments. To the surprise of many, eighth place went to one of Italy's recently unveiled works, ironic in a country nicknamed "The Great Beauty." The subject in question was artist Oliviero Rainaldi's statue of Pope John Paul II titled Conversazioni. 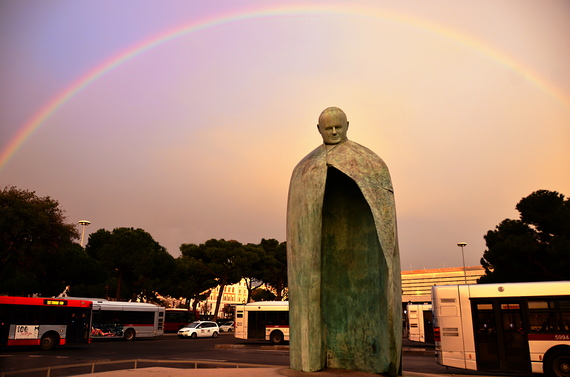 The 16-foot bronze sculpture, which stands outside Rome's central train station, Termini, depicts the late leader of the Catholic Church in an ecclesiastical robe with his arms outstretched in welcome. Its debut was swiftly met with controversy: while the mayor of Rome described the work as "modern and evocative," the public was dismayed at its lack of resemblance to the Polish pope.

Even the L'Osservatore Romano, the Holy See's official mouthpiece, said the sculpture's head was "excessively round" and that it was an indistinct monument rather than an unmissable homage to John Paul II. Rainaldi, meanwhile, maintains his pride in the piece, despite making a few modifications to it in order to pacify critics.

So why is the sculpture a masterpiece to some, and a failed tribute to others? Who decides the aesthetic value of a work? As the ancient Greeks said, "beauty is in the eye of the beholder," a philosophy that holds true to many of Rome's monuments, palazzi and artworks. 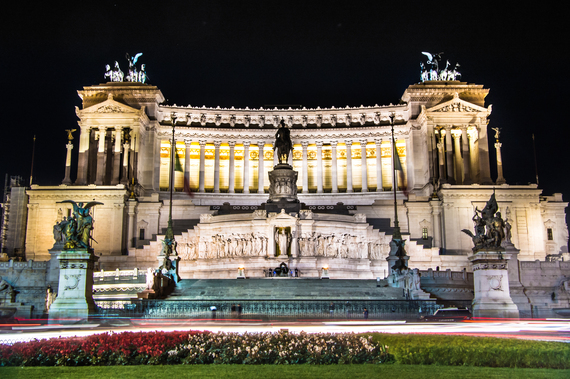 Vittoriano Complex
The Vittoriano Complex is without doubt the city's most contentious piece of architecture. Found in the very heart of historic Rome, the Vittoriano is an enormous, bright, white building that locals love to hate. Some call it "the typewriter" for its square shape, while others have nicknamed it "the wedding cake." Romans find it distracting and completely out of place when compared to its ancient neighbors like the Colosseum and Pantheon. Nonetheless, the monument is generally well received by visitors to Rome. Piazza Venezia 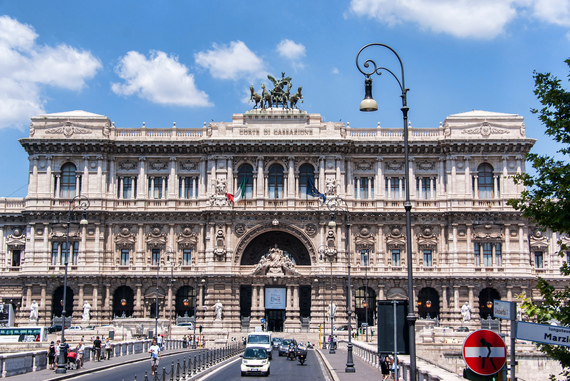 Palace of Justice
The seat of the city's Palace of Justice, or Supreme Court, also elicits debate. Designed by Perugian architect Guglielmo Calderini and inaugurated in 1910, the Palace was intended to be one of the grandest additions to the city skyline, following the proclamation of Rome as the capital of the Kingdom of Italy.

Its unusually large size, excessive decoration, and its lengthy construction led to suspicions of corruption, and in 1912, a parliamentary commission began official inquiries. The investigation gave rise to the building's popular and pejorative nickname of the Palazzaccio--"Bad Palace." The Palace has also experienced its fair share of bad luck: Due to its sheer size, it quickly began to sink into the surrounding ground shortly after its inauguration. Some say that Calderini was so distraught by his masterpiece's failure that he even considered suicide.

Admirers of the Palazzaccio, however, recognize it for its artistic merit, particularly the solemn statues of the jurists that line its front, and its bronze sculptures of horse-drawn carriages. 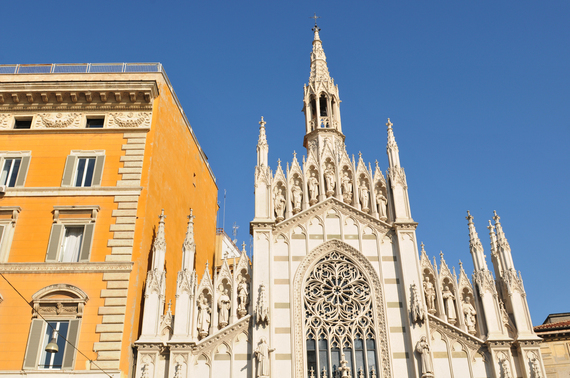 Sacro Cuore del Suffragio
Not far from the Palazzaccio is the Sacro Cuore del Suffragio: A church that, like its neighbor, gets mixed reviews. This chiesa is criticized for its incongruence with the surrounding architecture. While the church's aesthetic is intricate and elaborate, earning it the title of the "mini-duomo," the rest of the quarter's buildings and structures are undeniably urban.

After assessing Sacro Cuore's exterior for yourself, judge what you find inside, too: tucked away in the back of the church is the Museum of the Holy Souls in Purgatory. This tiny, century-old exhibition holds a strange collection of prayer books, clothing, and furniture, allegedly singed by the hands of souls in Limbo. French missionary and avid collector Victor Jouet was inspired to discover the museum after a fire destroyed a portion of the church, leaving behind a scorched image of a face he believed to be a trapped soul. 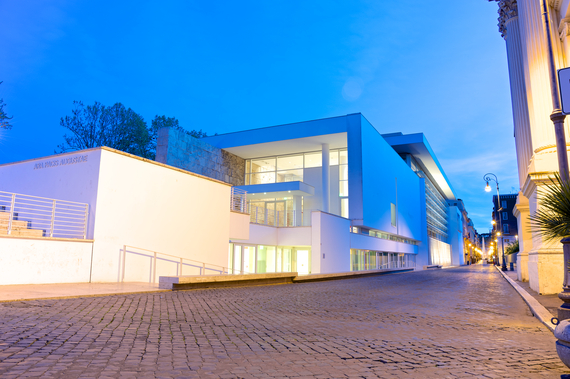 Museum of the Ara Pacis
Unsurprisingly, Rome's contemporary monuments are also heavily debated. Opened in 2006, the Museum of the Ara Pacis is a prime example. American sculptor Richard Meier was chosen to conceive a structure that would house the Ara Pacis Augustae, a 9 B.C. altar commissioned by the Roman senate to honor the return of Augustus. Meier's travertine, steel, glass, and plaster design is the first architecturally urban structure in the historic center since the Fascist era. Its most notable features are its wide, glazed, surfaces, which allow visitors to admire the Ara Pacis with uniform lighting conditions. The building immediately sparked discussion: the New York Times described it as a "flop," while famed art critic Achille Bonito Oliva praised its innovation.

Keep reading for more of Rome's most controversial and intriguing monuments.

More from our
travel guide to Rome
:

About the author: Alexandra Bruzzese is a journalist and travel writer and is a regular contributor for Where magazine in Rome.

More:
travelromeItaly
Newsletter Sign Up
An essential daily guide to achieving the good life
Subscribe to our lifestyle email.
Successfully Subscribed!
Realness delivered to your inbox