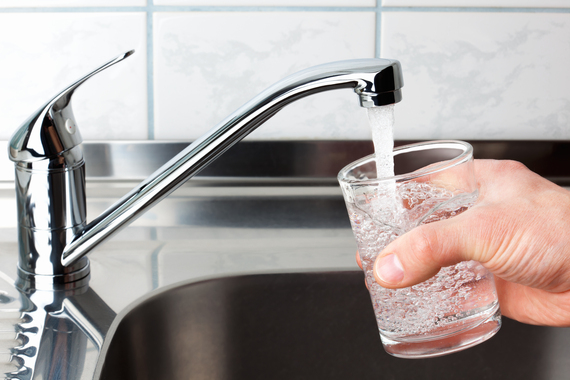 The ongoing water crisis in Flint, Michigan -- where lead contamination has created a public health nightmare -- is a stark reminder that getting good water isn't always as simple as turning on your faucet. Even in cities with high-quality tap water, there are bound to be contaminants that don't get filtered out by the treatment process, or are even byproducts of the treatment process itself.

It's useful to be aware of these contaminants, not just to keep you up at night, but because you can often buy filters tailored to your specific concerns. Using the Environmental Working Group's municipal tap water contaminant guide, we pulled out some of the most common contaminants, what they do, and where you're most likely to find them.

More: The 10 Dirtiest Things You Use Every Day

Lead
Where it's a problem: Flint, Michigan; Baltimore, Maryland; Oakland, California; and Fresno, California.
What it does: Lead is a heavy metal that can be found in all parts of our environment, including the soil, air, and water. It gets there through corroded plumbing, manufacturing, mining, and burning fossil fuels.

Bromodichloromethane
Where it's a problem: Riverside, California; Charlotte, North Carolina; and Silver Spring, Maryland.
What it does: Most bromodichloromethane is formed as a by-product when chlorine is added to our water supply systems to kill bacteria. There have been no studies that document health effects in humans, but in animal studies, high concentrations can cause kidney, liver and brain damage, including cancers of those organs.

Chloroform
Where it's a problem: Columbus, Ohio; Charlotte, North Carolina; and Little Rock, Arkansas.
What it does: It makes your enemies pass out when you sneak up behind them and cover their faces with a chloroform-soaked rag. Kidding! Chloroform may be more widely known as an old-timey anesthetic, but it's also pretty commonly found in water. It forms as a byproduct when chlorine is used to treat water, and ingesting high levels of chloroform can damage your kidneys or liver. The Department of Health and Human Services has determined that there is reasonable suspicion that it can cause cancer.

Arsenic
Where it's a problem: Long Beach, California; Omaha, Nebraska; and Los Angeles, California.
What it does: Yet another old-fashioned poison, arsenic can find its way into your water supply as a result of mining runoff, erosions of natural deposits, emissions from glass and electronics processing, from wood treated with an arsenic compound, and from pesticide use. That's a lot of stuff that produces arsenic, which, yikes. Very high levels can result in death (duh), but low levels can cause nausea and vomiting, a decreased production of blood cells, heart arrhythmia, and blood vessel damage.

To learn about 4 other chemicals that might be lurking in your drinking water, get the full story at Thrillist.com!

Things in Your Kitchen You've Never Cleaned But Need to Immediately