Precious jewels have provided fodder for drama practically since drama was invented, with precious stones and trinkets used as plot devices in plays written as far back as 100 B.C. As man-made substitutes such as rhinestones, moissanite and cubic zirconium started making the market for seemingly-precious stones more, well, precious, so did the real thing become more dramatic to seek out on film. Here are a few of the most sought after, revered and iconic pieces of jewelry dramatized for our viewing pleasure.

Advertisement
Heart of the Ocean -- Titanic

James Cameron's box office champ offered up one eye-popping set piece after the other, not the least of which was Kate Winslet's greatest asset. Get your mind out of the gutter! We're talking about the legendary Heart of the Ocean necklace worn by her character, Rose. Lore has it that the diamond was originally owned by Louis XVI and cut into a heart shape after the French Revolution. Caledon Hockley (Billy Zane), the wealthy son of a Pittsburgh steel tycoon, purchased the diamond for Rose, his fiancée, who soon finds herself swooning over Leonardo DiCaprio's starving artist, Jack Dawson. 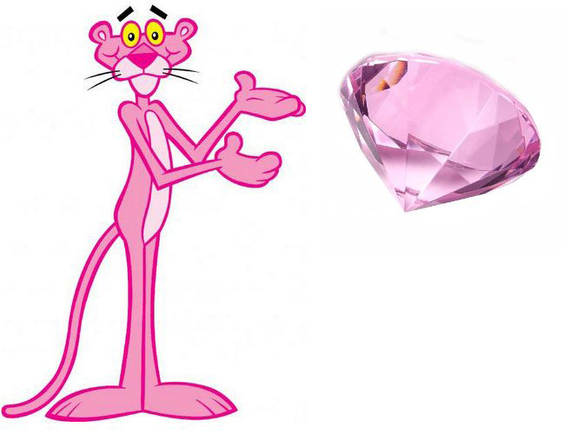 The Pink Panther is a large and valuable pink diamond, first shown in the first film of the series, released in 1963, which introduced Peter Sellers' iconic character of bumbling French police inspector Jacques Clouseau. The diamond is called the "Pink Panther," because of the flaw at its center: when viewed closely, it is said to resemble a leaping pink panther. The phrase reappears in the title of the fourth film The Return of the Pink Panther, in which the theft of the diamond is again the center of the plot. The phrase was used for all the subsequent films in the series, even when the jewel did not figure in the plot. It ultimately appeared in six of the eleven films.

One Ring -- Lord of the Rings Trilogy

Never has one piece of jewelry caused so much misery, mayhem and death as the One Ring from J.R.R. Tolkien's Lord of the Rings Trilogy. The ring is deceptive: it appears on first glance to be a ring that bears invisibility upon its wearer. However, we later learn that it was crafted by Sauron the Dark Lord as part of his design to win domination over Middle-Earth. The Lord of the Rings concerns the quest to destroy the Ring to keep Sauron from fulfilling his design. This is a good example of when a simple moissanite ring would have sufficed, not to mention saved a lot of nice people headaches (and severed limbs). 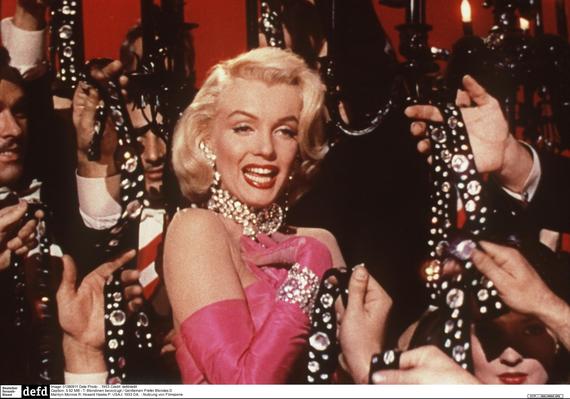 Marilyn Monroe's ode to materialism, "Diamonds Are a Girl's Best Friend," might be her most signature moment in a career that produced many. Bedecked in ice from the neck down, Marilyn's seductive jig through a parade of suitors was the ultimate symbolic salute to 1950s materialism that (depending on your POV) either blessed or cursed generations of women after. That said, few women before or since made looking sparkly quite so...sparkly. 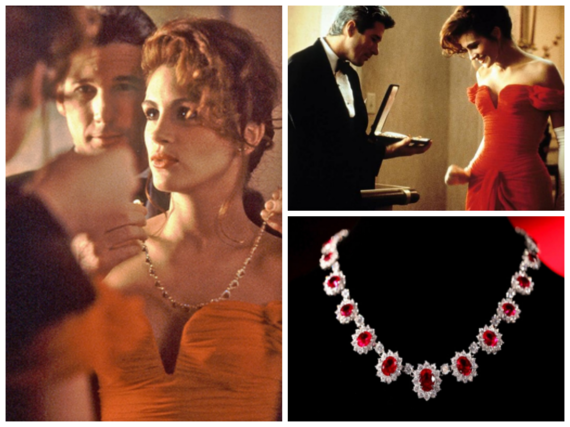 When wealthy tycoon Richard Gere does a My Fair Lady-style makeover on streetwalker Julia Roberts in director Garry Marshall's box office smash, his finishing touch is the stunning necklace he puts around her neck. Custom made by French jeweler Fred Joaillier, the necklace is made with 23 pear-cut rubies set in the centers of diamond encrusted hearts, set in 18k white gold. It's understandable that Gere initially snaps the box shut on Roberts' fingers as she reaches for it--we wouldn't want to give it up, either!

The James Bond series established from the get-go that if you're a world-class secret agent, only the best will do. From the series' first film, Dr. No, in 1962, Bond wore a Rolex Submariner as his timepiece of choice. As the series progressed, the Rolex had many other functions, as well: laser beam cutter, saw, poison dart gun, etc. Designed as a diving watch by Rolex in 1954, it was largely used by military personnel until it was so popularized by the Bond films, that it remains Rolex's top-selling model today.

Bond traded his Rolex (some watch enthusiasts feel in a downward direction) for an Omega Seamaster, an equally venerable sport watch made by the famous Swiss watchmaker since 1948. With its distinctive blue bezel and face, Bond's Seamaster can be worn with a short-sleeve shirt or a tuxedo with equal aplomb. Like its Rolex predecessors, Bond's Omega has also been outfitted with a variety of gadgets that have gotten the superspy both into and out of hot water.

Okay, so we're James Bond fans. If you don't like it, click on another link and be gone! In Sean Connery's last "official" turn as James Bond (Never Say Never Again, made 12 years later, is viewed by many as a "bootleg" Bond flick), 007 poses as a diamond smuggler in order to smash a group of criminals, but uncovers a plot by old nemesis Ernst Stavro Blofeld to use the diamonds in the construction of a giant laser (a precursor to drone strikes, if you will) to be used as a terrorism tool from space. The diamonds act as a "McGuffin," or forgotten plot device, until the final, very humorous shot of the film. 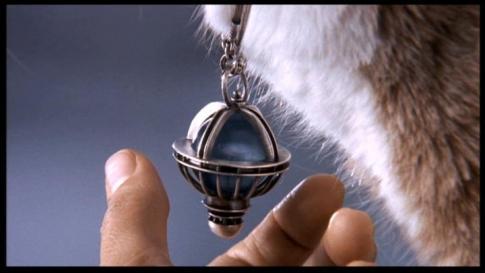 The Galaxy -- Men in Black

No doubt the most complicated jewel on this list, Agents J (Will Smith) and Agent K (Tommy Lee Jones) spend most of this wild, joyful sci-fi romp seeking it out to save it, while a villainous Bug (Vincent D'Onofrio) wants to destroy it. Yes, it's an actual galaxy containing planets filled with peaceful beings, but it's also small. As in the size of a marble. As in it's hanging on a collar around a cat's neck. Protecting said galaxy around said cat's neck becomes the mission of these top secret agents of the MIB, in what has to be the most important jewel in film history, or certainly the most populous. 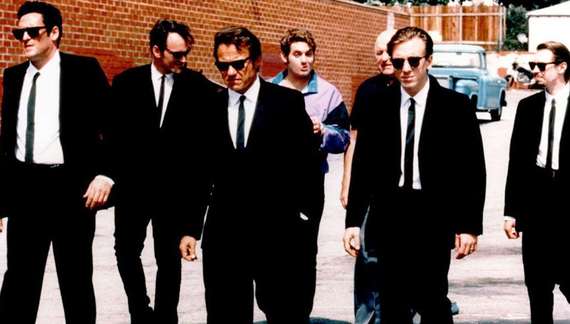 The Bag of Diamonds -- Reservoir Dogs

Another classic example of a McGuffin, Quentin Tarantino's freshman directorial effort shocked many with its gleefully graphic violence and virtual iambic pentameter profanity, with a plot primarily revolving around a diamond heist gone horribly, horribly wrong, and the aftermath where the surviving thieves convene in a remote warehouse to ostensibly divide the loot. Of course, things get more complicated than that. Although we never actually see the diamonds in question, the bloodbath that ensues during the film's duration gives little doubt as to their value, or to the talent of the man who has simply come to be known as "Q.T."