The Christmas tree has long been a symbol of hope and light in the middle of darkness.

Although Christmas trees have become associated primarily with Christianity, the tradition of bringing greenery into the home during the bleak midwinter months actually stems from a number of different religious and cultural traditions that blended together slowly over the centuries.

The ancient Romans brought evergreen boughs into their homes during the feast of Saturnalia, which marked the winter solstice. The evergreen was also part of the midwinter festivities of Scandinavian Vikings, who associated the plants with the sun god Balder.

In the 17th century, wealthy German families started bringing trees into their homes and decorating the plants with wax candles, sweets and apples. The Christmas tree got one of its biggest modern-day breaks when a London newspaper printed a sketch of Britain’s Queen Victoria and her German husband, Prince Albert, standing with their children around a Christmas tree at Windsor Castle. The tree immediately became fashionable in Britain and later in the United States.

The tradition of the Christmas tree continues to evolve today, as artists around the world develop their own creative takes on this ancient tradition.

From Nicaragua to Lebanon, check out these 22 wonderfully imaginative, over-the-top Christmas trees that are lighting up public spaces around the world this holiday season. 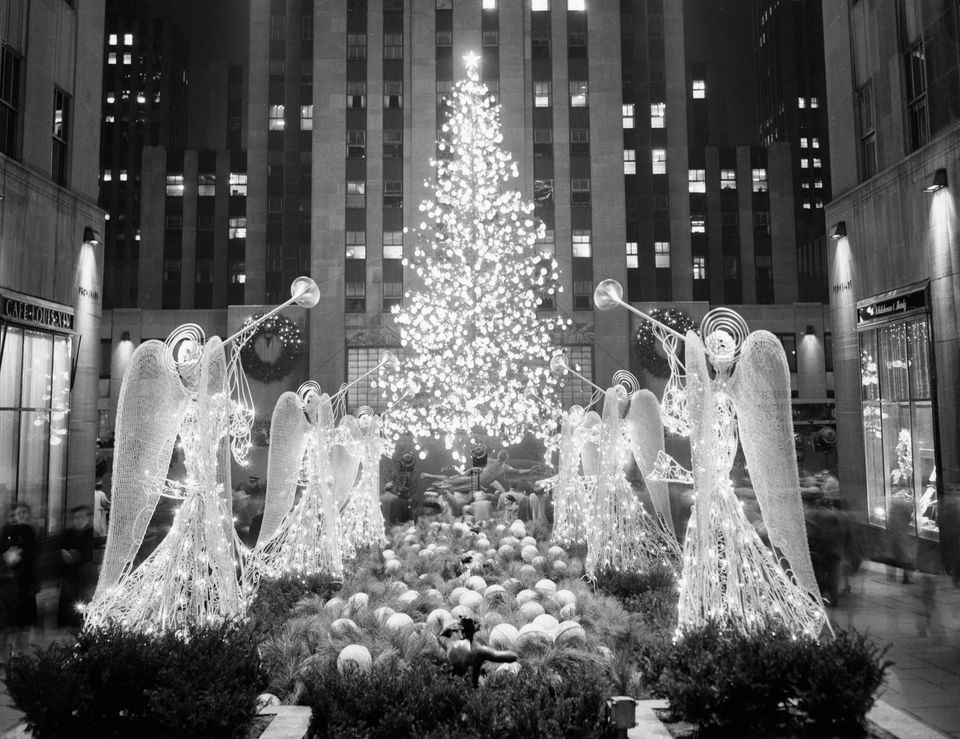