"Leap and the net will appear." -- John Burroughs


Christopher Michel (Twitter: @chrismichel) is a writer, explorer, investor and a serial entrepreneur who has has started and also invested in a number of companies. Michel's three distinct careers have taught him many lessons on what it takes to be a successful entrepreneur. Michel first served as a Naval Flight Officer in the United States Navy, then he founded Military.com and Affinity Labs - both companies were sold to Monster.com. Michel is currently managing Nautilus Ventures, an early-stage venture capital firm which he founded in 2008. Michel also travels the world telling people's stories as an inspirational photographer. He has photographed some of the world's most unusual places and people, from the jungles of Papua New Guinea to the edge of space aboard a U-2 Spy Plane. 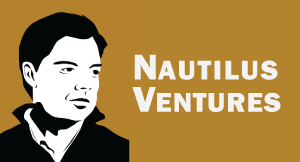 Michel shares some of the primary success characteristics that define great start-ups and entrepreneurs.

8 ways to be a successful entrepreneur:


1. Take a leap of faith - Michel says that the single, most important piece of advice for an entrepreneur or a potential entrepreneur to change the odds in their favor comes from a quote by American naturalist John Burroughs, "Leap and the net will appear." This quote is everything to Michel and he says, "The difference between everyone in the world and a lot of these well-known entrepreneurs is that they just took some risk." People that are really smart, really thoughtful and understand the deep complexity of companies are often paralyzed with analysis. When Michel meets a great entrepreneur he almost doesn't care what the idea is exactly, but if they are working on a pretty good idea, he says they should just go do it.

"Some things need to be believed to be seen." -- Madeleine L'Engle


2. Authentically believe-in your idea - Before you leap, it's important to be authentic about your idea. To really believe in it and have passion around something that you think really needs to be fixed is a characteristic of an entrepreneur that Michel just adores. With so many people wanting to be entrepreneurs Michel is not so sure that as many of them believe in their idea as maybe they did five or six years ago: "They really believe in that idea of being an entrepreneur and they know they need to pretend to believe in their idea, but do they truly believe in it, because this is a very important characteristic. It's not required, but it's very important because if things get difficult and they get challenged in a really fundamental way, do they have the belief and the passion to take it all the way?" As American writer Madeleine L'Engle said, "Some things need to be believed to be seen."

3. Have tenacity - The portfolio of characteristics that seem to work really well for entrepreneurs include integrity, caring for people, passion and some smarts. And another one that Michel feels is really important is tenacity.

"If you don't have a lot of tenacity you will not go that far and you will potentially miss the opportunities to do some really great things," says Michel as he recalls how over and over and over again he was faced with challenges where very smart people including board members told him to stop working in his company, but he didn't give up. "A lot of real innovation happens through these difficult processes. And this is why a lot of big companies can't really do the most difficult kinds of innovation, because it requires a kind of super human effort and a kind of personal sacrifice that only happens when an entrepreneurs feels that this is almost the most important thing to them."

4. Build an incredible culture - Michel has spent a lot of time thinking about the leadership mistakes around the characteristics of great companies that he didn't follow, like was everyone in the company an A-player, were we getting rid of people that weren't performing that were either nice but not great, or maybe great but not good people that were not a good fit in the company and didn't contribute to an incredible corporate culture.

Michel thinks that CMO's and CEOs need to be looking with incredible skepticism at a lot of these activities as they don't move the needle for them and he says, "It's easy to point at the things that don't seem like good things, but it is really hard to triangulate on those few things, those few levers that really make a difference. You could do lots of good things, but there might be a few things and if you did them right, that really move the needle." 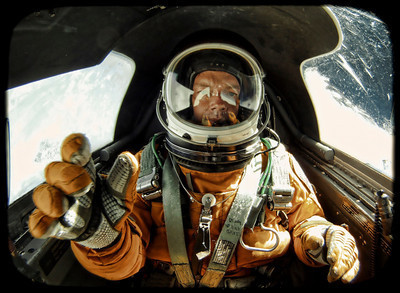 6. Have really good leadership - Coming from the military where there is no special pay package for extra performance yet people worked hard because they wanted to do the right thing and they felt proud about what they were doing and were acknowledged for it, Michel thinks that companies get confused around the things that really matter to employees. They think it's compensation or an equity package or some earn-out or what the office space looks like, but according to Michel, while those things are important they are not the real drivers of human behavior.

"This whole pay compensation schema that we think is driving a lot of behavior is a false area of optimization. The primary driver is really good leadership. It's really inspiration. It's really making people feel valued that this is a good use of their time and proud of the work they're learning. You know, those are the things that we should be working on. Those are the biggest levers. A lot of people will work for almost nothing if they like what they're doing is important," says Michel.

7. Build trust and connect with people - "I would say that you could skip your MBA and read a book called the 'Thin Book of Trust' by Charles Feltman. It's a really short and incredible book that will take you about 20 minutes to read," says Michel who feels that, "If you could build trust with people and connect with them, people will do almost anything for you. You can give them direct feedback, you can push hard and ask a lot of them and if they trust you, you can have a great dialogue, but if they do not trust you, you have a major problem. And you know, it's sub optimal performance if you don't trust people and it's incredible performance if you can build a culture of trust."

As a first time CEO of Military.com, Michel shares how he was sufficiently insecure and felt like he needed to bully people, or show that he was smarter and not vulnerable. Seeing how this "giant mistake" of the overcompensation of his own insecurity led to huge trust issues, he has grown to love people and love working with them and appreciate their lives and what they're going through. He says, "Once you build that kind of environment, your relationship with your employees and company is a lifetime relationship. I even tell them that one day you're going to lose passion about the company and I'm going to help you get another job because this isn't a one-off transaction."

8. Be vulnerable and talk to people - When it comes down to being a great entrepreneur, Michel thinks the first step is to be vulnerable and to talk to people. He remembers how in his latest company, Affinity Labs, they built such as cool culture that even junior people felt that they had the right and obligation to give him feedback as the CEO.

"By appreciating and being okay with hearing all of the things you aren't doing right, you almost create a kind of invulnerability where you can look at it intellectually and depersonalize it because you are all in it together," says Michel who thinks vulnerability is the big opportunity because it allows you to really know people and it can be a really cool experience.

You can watch the full interview with Christopher Michel here. Please join me and Michael Krigsman every Friday at 3PM EST as we host CXOTalk - connecting with thought leaders and innovative executives who are pushing the boundaries within their companies and their fields.