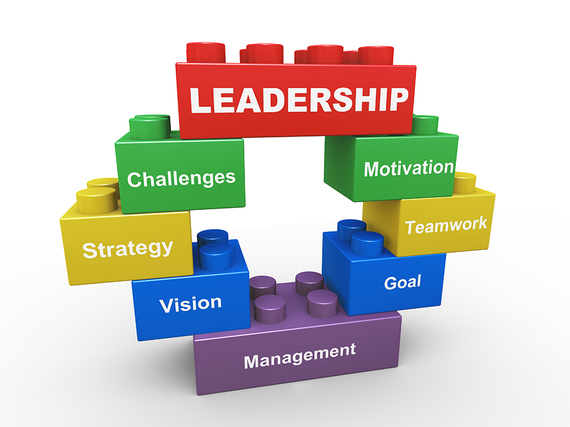 There are so many aspects to effectively leading others. Have you ever felt overwhelmed just thinking about where to begin?

For instance, we know that we need good business acumen, but we also need to have the emotional intelligence that allows us to effectively serve and care for team members. We also need to be competent, and we need to be able to inspire others with a positive vision of the future.

What's the most important of these? How should we prioritize our time and energy?

What if there was a single skill that helped us improve every aspect of being leader -- a meta-skill that influenced all the others?

Wouldn't that be the most important skill to develop?

There is such a skill. It is self-awareness.

This is the most crucial skill there is for leadership (and for life in general) and I believe that the vast majority of people have likely reached less than five percent of their potential for self-awareness ability.

Why Self-Awareness Is So Crucial

Self-awareness affects every aspect of leadership in some way, but for the sake of space here we'll focus on emotional intelligence, business acumen, competency and vision.

According to Daniel Goleman, who literally wrote the book on emotional intelligence (EQ), self-awareness is the core competency of EQ. Self-awareness is most strongly associated with self-regulation and empathy, which are both crucial for driving positive emotions in those around us, but it is linked to every other EQ competency as well.

Self-awareness and self-regulation are also crucial for making good business decisions. The more resilient we are in stressful situations, the better our decisions will be under pressure. Self-awareness also helps us to see more clearly when we are making decisions out of habit and be more willing to move out of our comfort zone. Self-regulation helps us to stay out of our comfort zone when we realize that that's what we need to do in order to achieve optimal results.

Although not nearly as important as EQ for effective leadership, competency at our job skills is certainly necessary to obtain and keep a leadership role. Self-awareness allows us to better see our strengths and weaknesses as a leader, including with regards to job skills, which allows us to appropriately leverage our strengths and compensate for our weaknesses. Self-awareness also helps us remain free from distracting patterns of thoughts and emotions, which speeds up our ability to learn new things.

Self-awareness helps us to create better visions for the future by allowing us to have a more objective, realistic view of the current situation, which is key for charting a course for the future. Self-awareness and self-regulation also allow us to spend more time in a positive emotional state, which is essential for creating an optimistic vision of the future.

We Have a Long Way to Go

Of the thousands of business people I have presented training for over the last couple years, only a handful have stated that they intentionally train their awareness on a daily basis.

Do this sound familiar to you? How many people do you know who intentionally train their awareness each and every day?

As a result of not taking time to train, most people have reported to me that they are generally self-aware quite randomly, and can only sustain self-awareness for 10-15 seconds (even under very favorable conditions) before they are pulled back into being their thinking.

I estimate that most of us spend the vast majority of our time, probably 95 percent or more, being that voice in our heads, being our thinking, being our conditioned habits, and only five percent of our time being the awareness that can observe and/or listen to those things. We are fully self-aware only about give percent of the time.

Fortunately, it doesn't have to be that way. Self-awareness is a highly trainable skill.

Daily mindfulness training can help us gradually reverse that trend. With consistent practice we discover that we are able to intentionally become self-aware at will, and sustain self-awareness for longer periods of time in increasingly difficult situations.

If you'd to begin integrating some mindfulness training into your daily life, here's a simple, free quick-start guide to easily begin practicing without adding anything to your schedule.