This article originally appeared on Millenation.com in April 2016.

The countless numbers of volunteers who spend hours phone banking, canvassing, hosting events, and numerous other activities have built and continue to sustain the political revolution that is at the core of the Sanders campaign. The folks that organize for Bernie Sanders are not to be trifled with. They are not volunteering their time to joke around and they go all the way in. Every door knocked, every conversation, builds a movement that makes democracy work. I was really curious as to what gives someone the strength, determination, and discipline to make serious time to physically aid a cause without compensation or expectation. Recently, I had the pleasure to speak with a formidable powerhouse of an organizer and volunteer for Bernie Sanders, Candice Fortin to help me gain a better understanding. 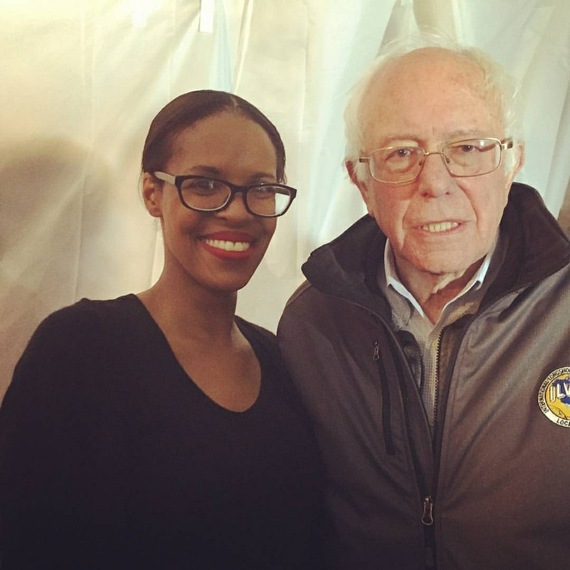 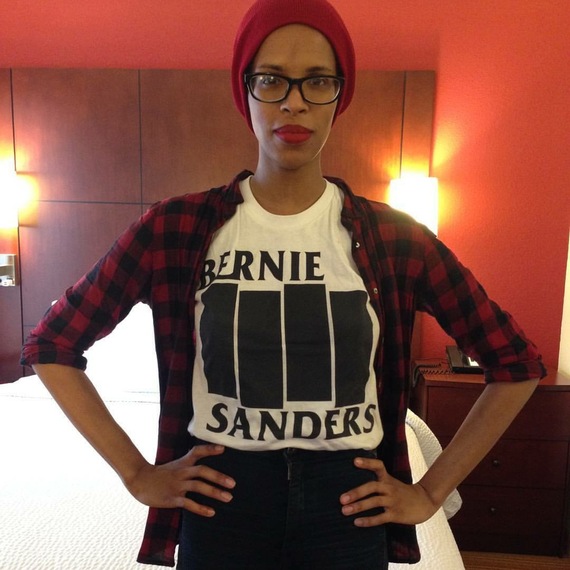 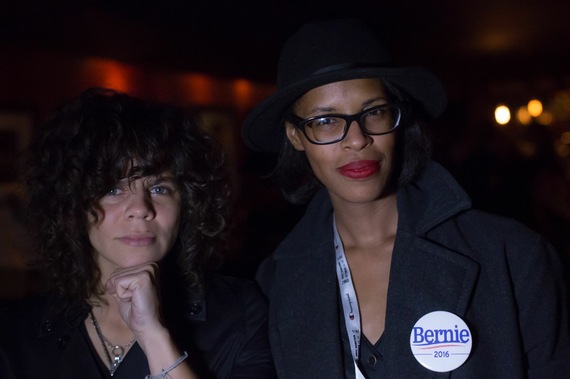 At what moment did you find yourself paying attention to Bernie Sanders and his campaign? Where did it all start for you?

Yes. Sometimes I still am asking myself that question. You know because I wasn't expecting to be as involved and sacrificing so much for this. Initially, I was interested in what I was seeing about Bernie on social media- this started last summer. It was more of a passing interest. I recall being very, very, upset about the shooting that took place in South Carolina in the church. I grew up in the black community and it just pierced me in a way that I wasn't really expecting. I felt like history was resurrecting itself in a really ugly way. I was just looking to politicians and political figures to speak out about it (outside of the black community as well.) I wasn't seeing a lot of that. The only person who authentically seemed to have an opinion about it was Bernie Sanders. His response was not edited, he didn't censor himself. He was the only politician who was running for office or in the public eye who was saying that it was a flat out racist attack. He didn't try to rationalize it, he didn't try to give it some other context like "mental illness" or "gun control" it was just an issue of racism and how it still permeates our country. That led me to follow him more.

When was the moment that you knew you wanted to be a part of the movement? When did you go from a "supporter" to a "volunteer" ?

I was interested in his policies. I was interested in his sort of egalitarian approach to politics. He wasn't separating people. He was acknowledging a lot of issues. He wasn't afraid to address any topic that came his way. I found that really motivating. For the first time in my life (I'm still not quite sure what led me to do it) but I donated $50 to his campaign to go see him speak at Town Hall, that was last September. Just being there to hear Bernie say, "you guys all paid $50 or more to hear me speak" was really empowering. To look around the room and see so many young people starting to pass out pens and buttons and starting to organize themselves. It was almost revolutionary that he was letting me come and see him speak based off what I can afford. I began calling the campaign and in January I started to follow a lot of grassroots groups to see if there was a way that I could potentially volunteer. I found out that a group called Millennials for Bernie were organizing a march and since I do a lot of music booking (I have my own music series) I reached out to them and asked is it possible for me to do a concert after your march. They said yes. It ended being a really great success, great turnout, and for the the first time I saw so many people that I knew who were just in my artistic community show up because of a presidential candidate, and I haven't seen people just do that without questioning or asking for anything in exchange. It led me to think okay, what I else can I do?

The Sanders campaign bases a large part of their success on canvassing. What was it about your experience going door to door that gave you the passion and drive to continue?

I felt that there were certain states that needed a lot of attention because of what the mainstream media is feeding them. They don't know a lot of about Bernie Sanders as a candidate in his full capacity. Just having one conversation with someone could literally change their vote. It was really empowering to see it, and I saw a physical manifest of what I was doing by canvassing. Long story short. That's how it started and how it catapulted. I believe that the most powerful entity in Bernie's campaign are the people. The amount of volunteers are astounding.

What's your message to those who support Bernie but are on the fence about volunteering?

I want to stress that canvassing and phone banking are such accessible things for anyone to do. That's one of the most amazing things about this grassroots movement. Anyone can literally get involved if you have a phone or if you can take an hour out of your week to just knock on doors. It's really that simple. We are seeing so much movement because of that.

The entire interview with Candice Fortin can be found on Millenation.com.