In most industrialized countries women can choose when to have kids, with whom, how many and how. Planning is essential for ensuring a balanced professional and personal life, without compromising a rising career and at the same time benefiting from a loving, caring and happy family around us.

However, unfortunately, not all women can plan when to start a family life. In developing countries, for instance, family planning information and contraceptives are not always available. 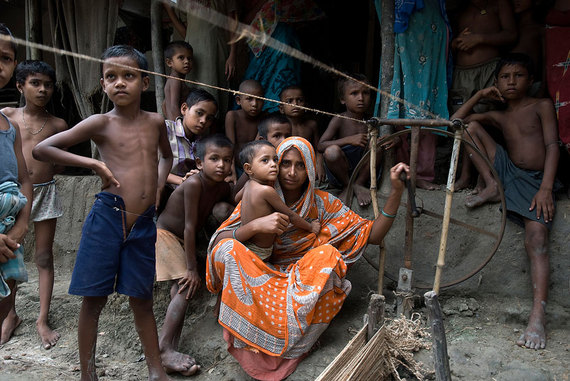 Dr. Samarendranath Mandal/Courtesy of Photoshare/A woman with a crowd of children in the village of Joynagar in West Bengal, India.

According to UNFPA, the United Nations Populations Fund, around 225 million women who want to avoid pregnancy are not using safe and effective family planning methods and other life-saving reproductive health commodities. Women with no access to them live in the 69 poorest countries in the world.

The use of contraceptives can both allow a woman to plan when to start a family and protect herself and her partner from contracting sexually transmitted infections ( STIs) including HIV.

Universal access to sexual and reproductive health, and in particular to reduce the unmet need for family planning, would require global coordination and effective innovative partnerships between donors ranging from the public and private sector with governments. These partnerships can provide, both in developed and especially in developing countries, efficient procurement of contraceptives and condoms.

From an international level, let's get down to the national, regional and local level and see how can family planning be promoted and advocated, exploring one example from a developed country and one from a developing country.

In 2008 the city of Madrid installed 150 condom vending machines in its metro stations, as part of a campaign promoted by the municipality of Madrid and the ministry of health. Six months afterwards, the vending machines had sold 12,240 units. Low price for youth to facilitate the purchase of condoms, in packages of three units for one euro, which is approximately 60 percent less than in other establishments. This initiative was conceived to foster responsible sexual behavior among young people by providing them with condoms at a reasonable price. 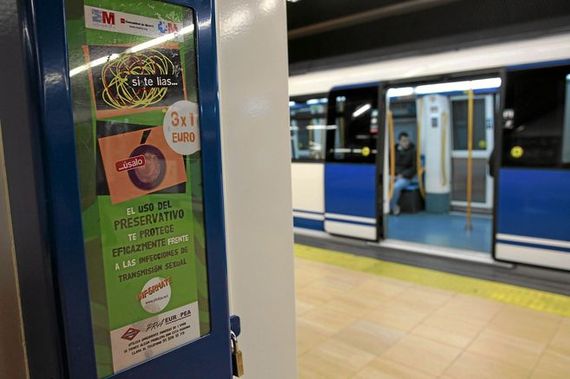 Moving East, in the Maldives, one out of three women experience violence at least once in their lifetime, and, as a powerful advocacy tool, UNFPA created and promoted videos of men advocating for a culture of respect and zero tolerance towards domestic violence. As a matter of fact, domestic violence often leads to sexual abuse and thus unwanted and unplanned pregnancies and non-protected sexual behaviors. 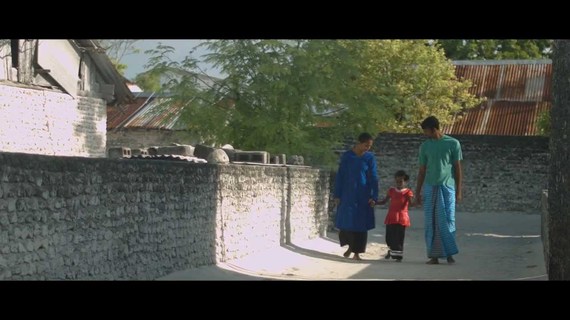 Image from the video produced by UNFPA and UN Women in the Republic of Maldives on the theme of "Equality for Women is Progress for All" on the occasion of the International Women's Day 2014.

From these two examples we can all learn something and do our part in our daily lives, as part of the civil society, to promote respectful behaviors between men and women.

Starting from our love relationship, where a culture of respect and not control should reign, a culture of affection and trust can lead to healthy behaviors, where every child is wanted and he/she is given the best opportunities we can offer as responsible and conscious parents. This virtuous circle can lead to poverty eradication and control of births, in a world where children are protected, given the opportunity to go to school, learn, understand and grow as responsible citizens, caring about the people around them and the environment in which they live and to which they are exposed to.

I was very touched by one video reporting the stories of five "cool women from Malé, the capital of the Republic of Maldives, their resilience and their willingness to work and persevere in a male-dominated Muslim society.

A wonderful best practice that can be translated, cascaded and applied (not as a one-size-fits-all, but with the language that best suits the culture and country addressed) from where we can start is for example the Guide for integral sexual education between girls and boys in their young age, like the one produced by the municipality of Sao Paulo and by the project "Human Security" of UNESCO and UNICEF Sao Paulo-Brazil. In 10 visual and clear modules, it presents a series of conversation among youth, writing and group sessions and games, movies, youtube videos, website tips, drawings, blogs and comics to explain the different phases of growing up and of sexual awareness, desire and addressing, in a fun and informal way, everything that a young person needs and wants to know about sex. The guide calls it Educomunicando, educating by communicating. Always sharing experiences by understanding about a curious world where youth needs to be prepared and aware, thus be able to make mindful and sound decisions.

I hope these stories open us an eye for greater advocacy, communication and campaigns for impact and change, understanding that women and men, as partners, can truly change the world. Are you ready to change the world, one couple at a time? 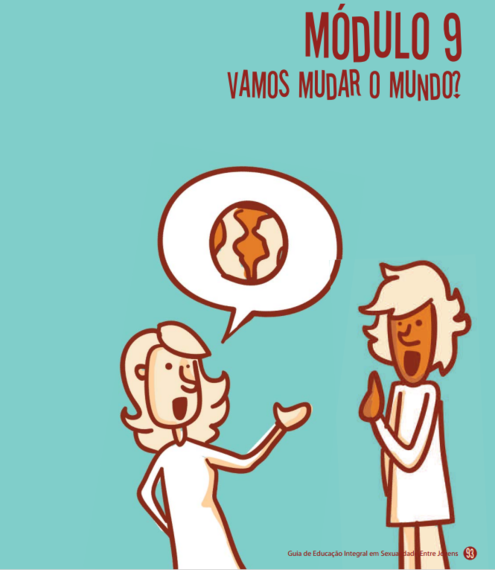