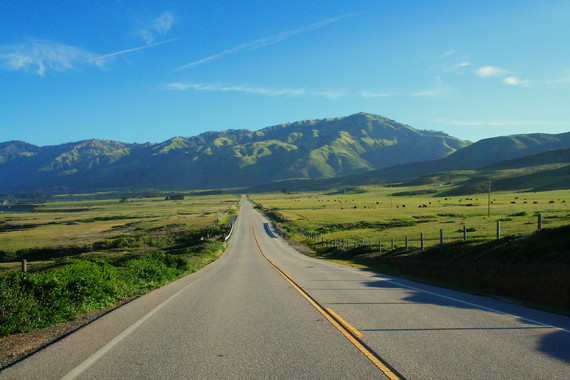 More often than not, interstates are full of barely alert drivers, endless miles of monotony, and truck stops with varying degrees of sanitation. They get you where you're going, sure, but if you never stray from the highway, you're missing out on all the great slices of Americana that you've probably only seen on NatGeo.

Fortunately, the Federal Highway Administration keeps a pretty solid database of the best scenic byways, and with a little extra digging where the government list falls short, we came up with the definitive guide to the most scenic road in each and every one of our 50 states. Happy driving. 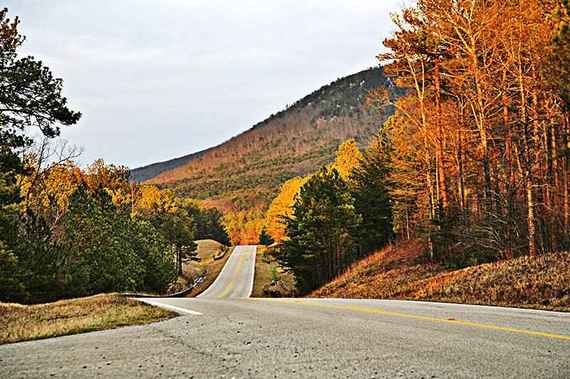 Alabama: Highway 78
US 78 takes you through Alabama's portion of the Appalachian Mountains, then transitions into the Talladega National Forest, all on a two-lane strip of tarmac that ebbs and flows with the terrain. 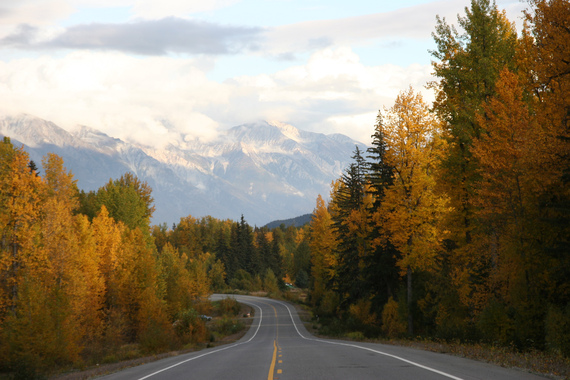 Alaska: Haines Highway
It's not the road or even the legendary Alaskan backdrop that puts Haines Highway at the top, because natural beauty is one thing Alaska has in abundance. Instead, the wildlife-watching opportunities along Haines are the differentiator. Also called Valley of the Eagles, it's home to the largest gathering of bald eagles in the world. 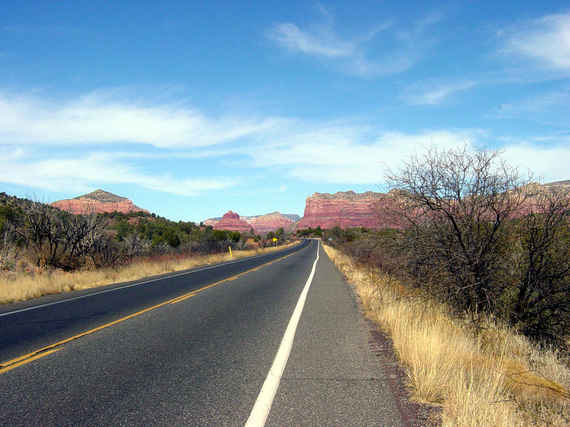 Arizona: Highway 179
Of course, you can never go wrong with Route 66, and Arizona is home to some of Route 66's most iconic spots. Just outside of Sedona, however, is the Red Rock Scenic Byway, which boasts everything from breathtakingly beautiful rock formations to old Native American cliff dwellings. 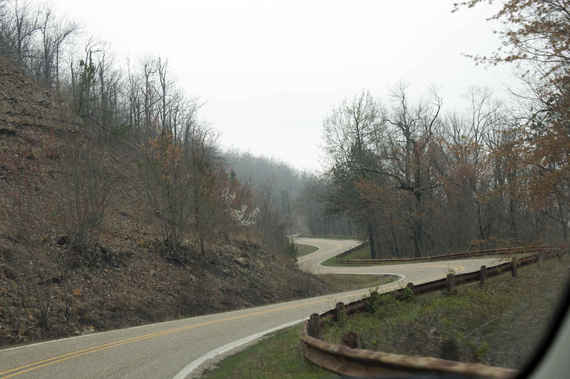 Credit: Flickr/me and the sysop 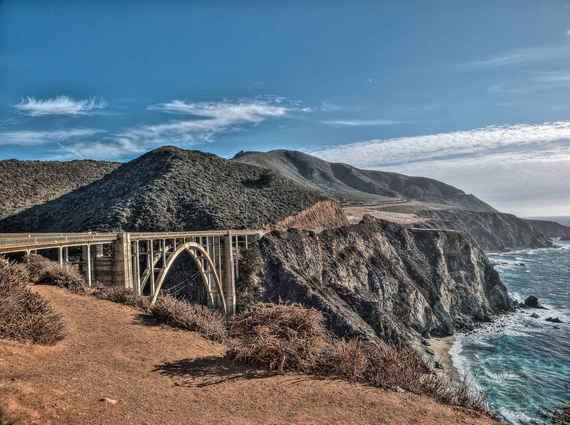 California: Pacific Coast Highway
The PCH is both one of the most famous and one the most picturesque roads in America, and with a seemingly endless array of corners, it's almost a shame if you're driving it with a destination in mind instead of just soaking in the journey. 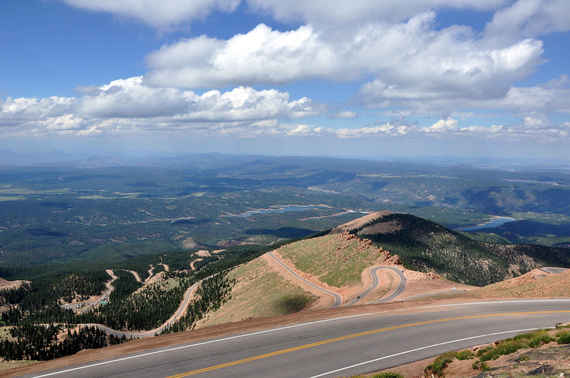 Colorado: Pikes Peak
Colorado's not exactly lacking for scenic drives, but the twisty stretch of tarmac on Pikes Peak is among the most storied in the entire US. Climbing up towards the clouds should be on anyone's bucket list. 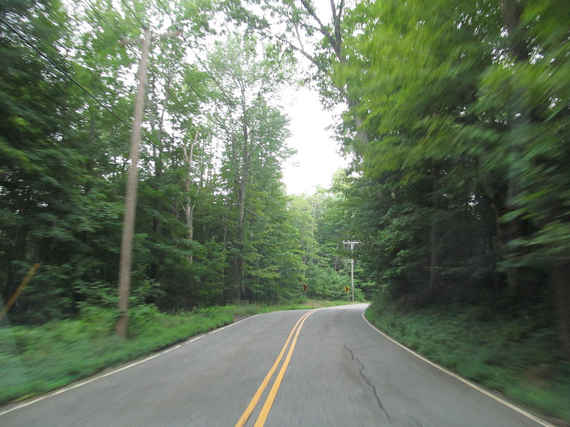 Connecticut: State Route 197
Mile after mile of road goes by with not much more than a few feet separating you from densely wooded hills, and every so often, you'll pass through a quaint little town that looks exactly how a quaint little New England town should. 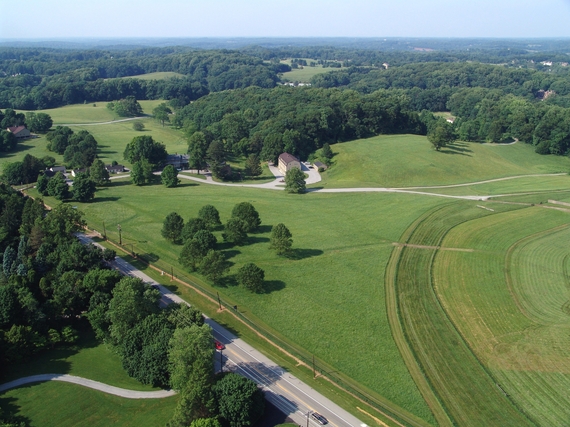 Delaware: Kennett Pike
Delaware's not exactly a large state, but there's enormous wealth along this 12.3-mile stretch of Highway 52: plenty of beautiful hills, classic bridges, museums, and more exorbitantly nice estates than any one road should have. 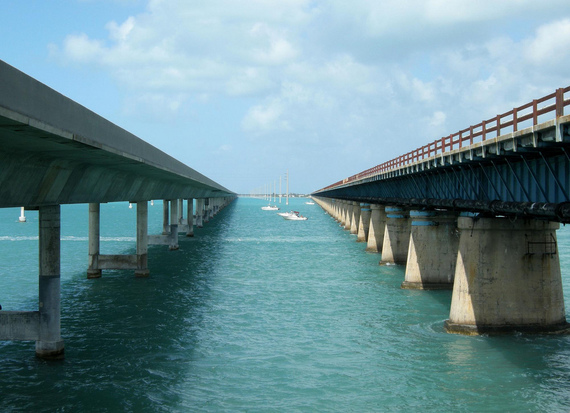 Florida: Seven Mile Bridge
The open blue sea stretching out on all sides might get a little repetitive when you're looking out the window, but it's easy to appreciate the novelty of driving one of the longest bridges in the world. 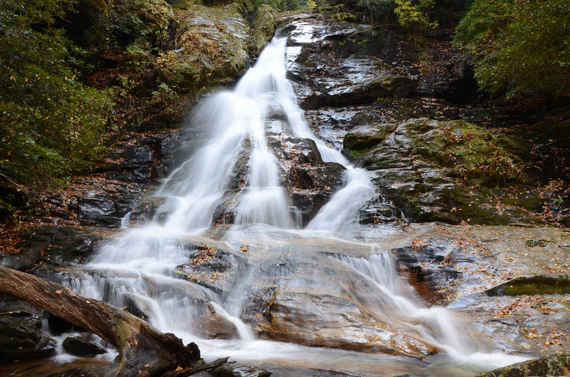 Georgia: State Route 197
Head into the Chattahoochee-Oconee National Forest and you'll be rewarded with some pretty killer turns. Get out of your car, though, and you'll see gorgeous scenery like this. 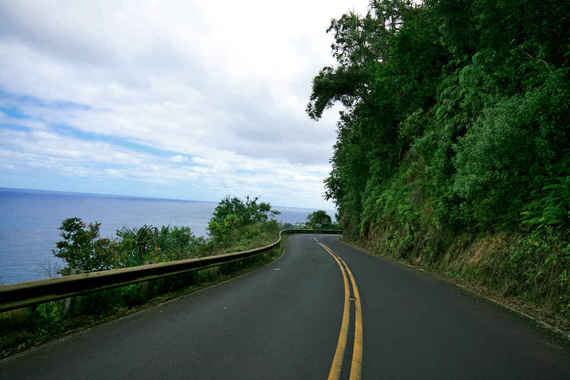 Hawaii: Hana Highway
Let's be realistic here. Hawaii isn't exactly lacking when it comes to scenery. Still, the Hana Highway is a 52-mile stretch of winding asphalt that's so tight, you'll be doing good just to average over 30mph. And that's if you somehow manage to resist stopping to take pictures along the way. 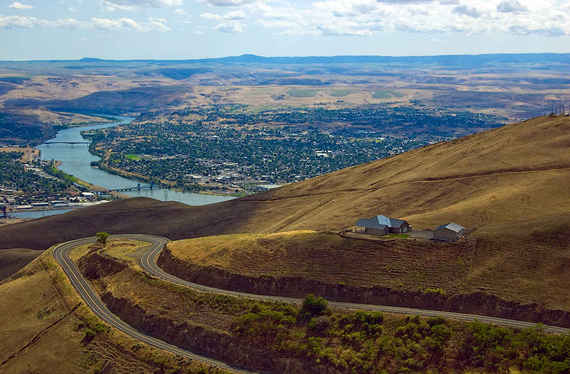 Idaho: Swan Falls Road, Western Heritage Historic Byway
This is a good road if you like watching giant birds of prey. Or if you like tightly winding roads. Or steep gorges. Basically, it's a good enough reason to go to Idaho. 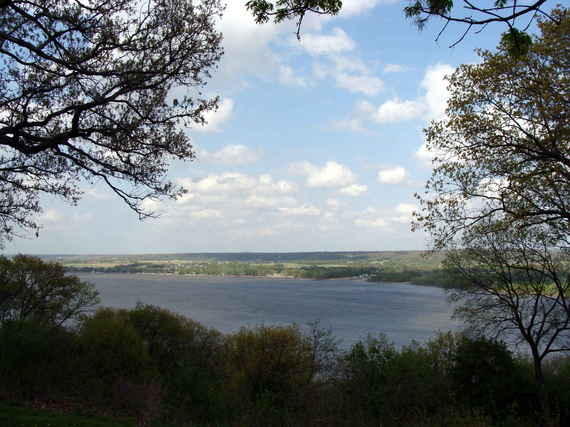 Illinois: Grandview Drive
Grandview is a relatively short stretch of road, but along it are some of the nicest homes in the state and outstanding views of the Illinois River. In 1910 Theodore Roosevelt proclaimed it "the world's most beautiful drive," so it has that going for it too. 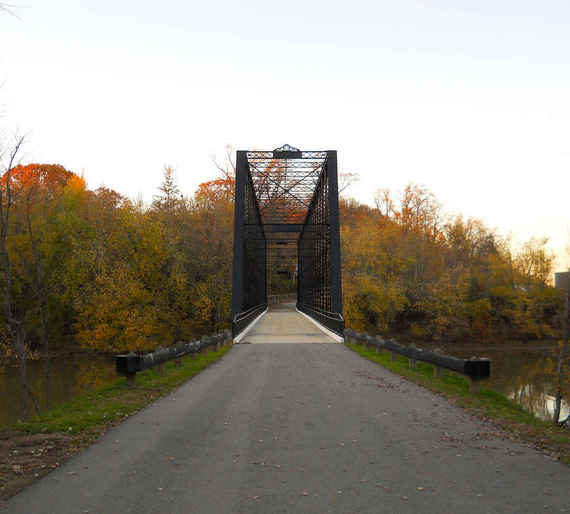 Indiana: Old State Road 56
There's a new Highway 56 in Indiana that runs along the Ohio River, and is itself a scenic route, but just a couple miles South of Aurora, take a turn off and find the old 56. On it, you'll drive over a bridge that's closing in on 140 years old. Don't worry, it's nice enough that it was actually restored a few years ago. 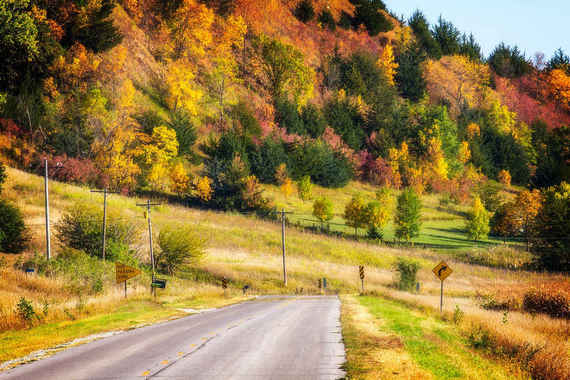 Iowa: Loess Hills Trail
Iowa has a bunch of formations called loesses, which are basically hills formed from silt. That means you see some pretty interesting topography as you go across the state. Plus it's full of varied flora, resulting in some truly spectacular fall scenery that's formally qualified as a National Natural Landmark. 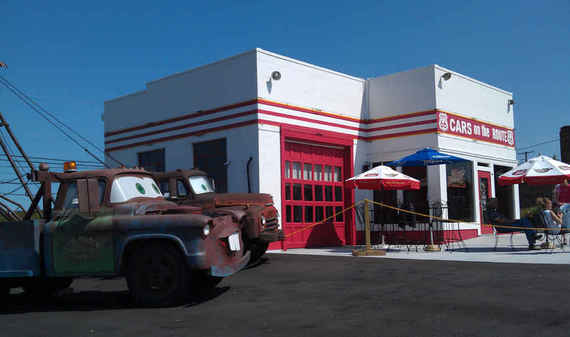 Kansas: Route 66
The Mother Road only cuts across a tiny corner of Kansas, but that's enough. Between Galena and Baxter Springs, you can find a good chunk of the classic Route 66 Americana vibe that so heavily influenced the movie Cars. Naturally, they want you to never forget that fact. 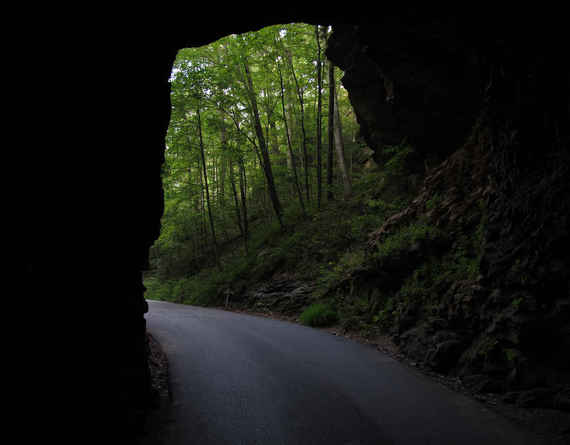 Kentucky: Route 77
What you're looking at is called the Nada Tunnel, and while its name is taken from a long-gone nearby logging town, it's also an apt description of the amount of space this one-lane tunnel has. It serves as the entrance to the Red River Gorge, which is on multiple government registers due to its beauty. 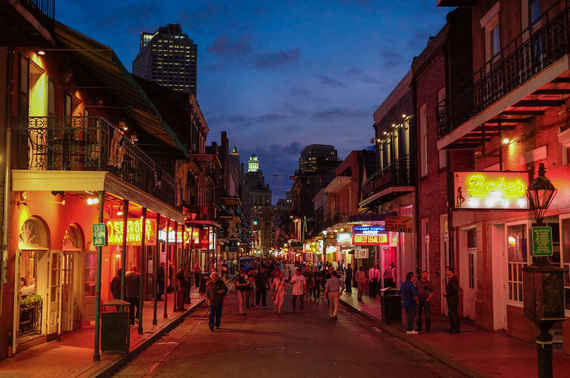 Louisiana: Bourbon Street
Bourbon Street isn't just a Mardi Gras mecca. It's a cultural icon that's been ingrained in our society since before Eric Burdon made the "House of the Rising Sun" a household name. 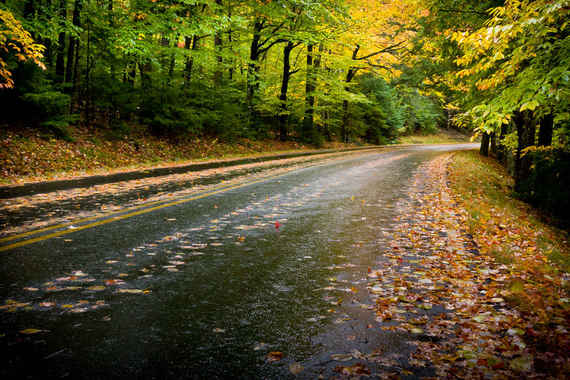 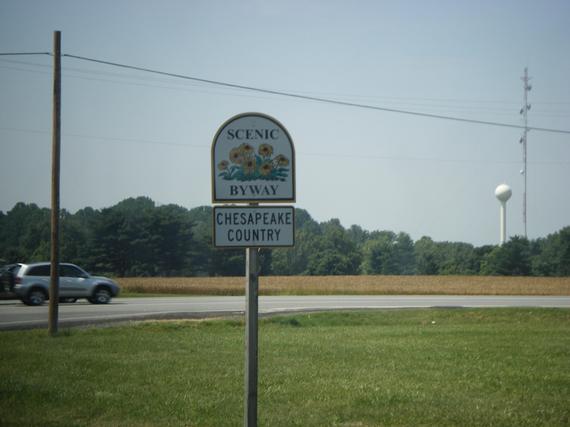 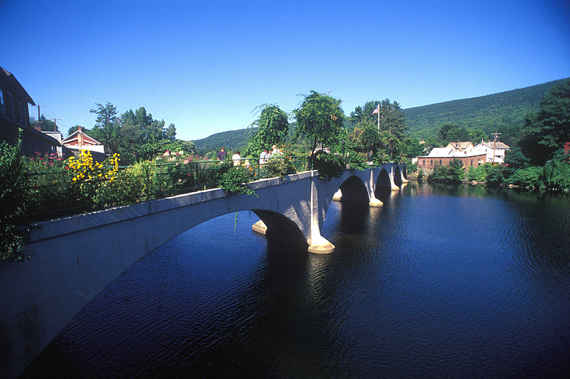 Massachusetts: Mohawk Trail
Despite conjuring images of a bunch of 1980s punks on motorcycles, the Mohawk Trail has been recognized for over a century as one of the most scenic roads in the entire Northeast. Don't let a mere century fool you though, it was used for hundreds of years before that by Native Americans and early settlers. 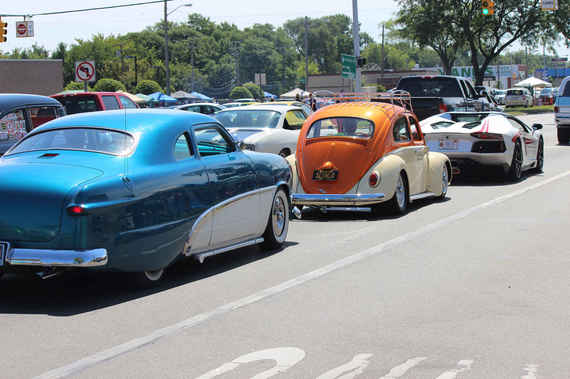 Michigan: Woodward Avenue
Detroit's Woodward Ave is more than just an important stretch of road in America's cultural and economic history. Every year, over 40,000 of the world's greatest cars descend on Woodward to take part in a 16-mile cruise to celebrate the automobile and raise money for charity. And over 1,000,000 people show up just to watch that scenery in motion. 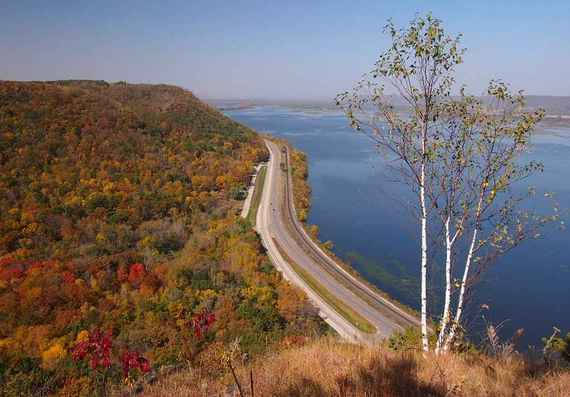 Minnesota: Highway 61
Beautiful hills and stunning cliffs overlooking the Mississippi River are only part of the allure here. The road actually follows the contours of the river pretty closely, so you're never too far from the edge. You might never want to stop, but unless you have your passport, you'll have no choice after about two hours, when you hit the Canadian border. 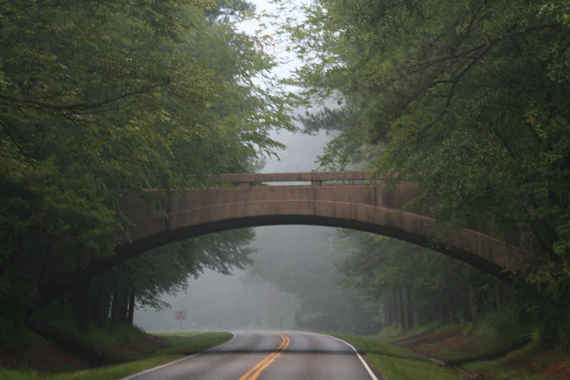 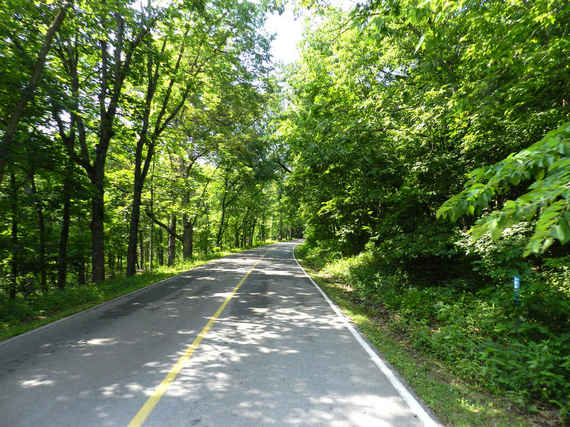 Missouri: Little Dixie Highway
This is part of the same highway system -- the Great River Road -- that more or less follows the Mississippi all the way North, but in Missouri it's the sections that turn away from the river that yield the best views.

To find out the most scenic drives in the other 25 states, get the full story at Thrillist.com!

The 10 Craziest Shark Attack Stories of All Time