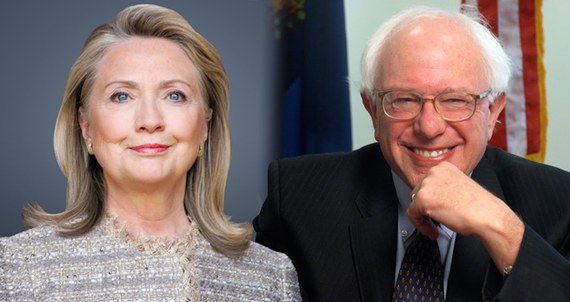 Win or lose, Bernie Sanders has made this Democratic primary the most substantive in my lifetime. Not that Hillary Clinton's campaign is devoid of ideas. She has some thoughtful ones. But the boldness of Sanders' proposals is what has driven this historic and instructive debate.

This back and forth has forced both candidates to raise their game. When Sanders proposed free college tuition, Clinton responded by unveiling her detailed New College Compact Plan. When Clinton attacked Sanders for failing to identify revenue sources to finance his free tuition and health care proposals, he promptly posted chapter and verse on his web site.

When economics Professor Gerald Friedman concluded that if all Sanders policies were implemented the combined effect would be to stimulate dramatically strong economic growth, four former heads of the Council of Economic Advisers (CEA) wrote an open letter not only dismissing his conclusions as not credible but admonishing, "Making such promises runs against our party's best traditions of evidence-based policy making..."

The three-paragraph letter generated a collegial scolding from James Galbraith, former Executive Director of the Joint Economic Committee, the Congressional counterpart of the CEA. He pointed out the signatories' own lack of evidence for their conclusion. "I looked to the bottom of the page to find a reference or link to your rigorous review of Professor Friedman's study. I found nothing there." That led one of the signers to undertake a far more detailed response, which in turn generated an instructive and much too rare discussion regarding the validity of assumptions inside the black box of conventional economic models.

The back and forth has also revealed strategic differences born of a distinct political philosophies. Bernie would deal with concentrated economic power through structural change; Hillary would rely on regulatory oversight. Bernie would work to break up giant banks directly. Clinton prefers to strengthen the Dodd-Frank law. Clinton sees Sanders' proposal as politically untenable. Sanders sees Clinton's proposal as unworkable.

Sanders' prescription for structural change often includes using government as a competitive service provider. That is the case with his proposal to revive Postal Banking. From 1910 to 1967 the U.S. Post Office, the most ubiquitous of all public institutions, provided financial services. At its peak 1947 the U.S. Postal Bank had over 4 million accounts and deposits exceeding $3.3 billion. Almost 90 million people in the United States have no bank account and pay about 10 percent of their income in fees and interest to gain access to credit or other financial services.

Different political philosophies may also explain Sanders and Clinton's contrasting positions on means testing. Sanders proposes free education at public colleges and universities for billionaires and paupers alike. Clinton disagrees. She finds it ethically offensive to require taxpayers to foot the college tuition bill for those who can afford to pay. "I disagree with free college for everybody. I don't think taxpayers should be paying to send Donald Trump's kids to college," she has said several times during the campaign. As for those who can't afford to pay full fare, she notes that her education plan "makes everybody put some skin in the game."

Hillary has the support of most economists. Twenty-two selected by NPR's Planet Money "from across the political spectrum" turned thumbs down on Bernie's proposal. 2007 Nobel Laureate Eric Maskin spoke for most of his profession, " Many students can afford to pay a considerable amount toward their higher education. It is wasteful to give them a free ride."

For Sanders, programs designed to help only those in severe economic distress save taxpayers money but the savings are achieved at a great moral and social cost. Means testing imposes a considerable and often humiliating burden on families to prove their dire straits, not to mention an avalanche of paperwork and significant overhead expense. He would also note that programs that involve means testing also tend to have a bumpier ride and shorter life expectancy than universal programs. Consider the divergent past, present and future of Medicare and Medicaid.

Sanders and Clinton's proposals for health care reveal similar ideological/strategic differences. Both accept that Obamacare has extended health insurance to tens of millions of people. Clinton believes we can get to universal health care by further expanding Obamacare. Sanders disagrees. He considers the foundation of Obamacare -- a network of increasingly concentrated private profit oriented insurance companies -- an insurmountable obstacle to achieving universal, affordable health care.

With massive subsidies, the Obamacare exchanges have extended health insurance to millions. But health insurance does not necessarily translate into access to health care. Nearly a quarter of all non-elderly adults are underinsured, nearly double the rate in 2003. As a result, almost half go without a doctor's visit, medical test, or prescription due to cost. Under Obamacare the average deductible for families with a silver plan is about $6000 and out of pocket costs for co-payments and deductibles can be as high as $13,200. Dr. Robert Zarr, President of Physicians for National Health Program (PNHP) observes, "In short, under the new health law we're witnessing a dramatic acceleration of the trend of shifting more and more medical costs onto the shoulders of patients and their families, even as medical costs and premiums rise and as private health insurance companies reap record profits."

Government spending currently accounts for over almost two thirds of US health care spending when we take into account tax expenditures. As Dr. David Himmelstein, cofounder of Physicians for National Health Program points out, "We already pay for national health insurance but we don't get it."

Bernie proposes to create a single non-profit insurance company -- Medicare for all -- and provide free health care without deductibles or copays. And he would give that public agency the right to negotiate prices with a pharmaceutical industry that boasts a profit rate five times higher than that of the rate of the median Fortune 500.

Unlike in the debate involving free tuition, where both sides agree that sufficient public money exists but disagree on its appropriateness, deep and often-vehement disagreement exists about the financial impact of Bernie's health proposals. Critics estimate savings from reduced overhead and lower drug prices to be only a fraction of those projected by Sanders supporters. But again, the back and forth is readily available for those wanting to make their own decisions.

Sanders envisions a government role not only as insurer but also as a direct provider of health care. His vehicle for this is the government financed and operated Veterans Administration (VA). Most of those reading this will be surprised because of the scandals regarding long wait times. But these are problems of access, not quality. Many independent studies of the VA here and abroad found it one of the most effective and lowest cost medical systems in the US. Its long-term care model allows it to profitably focus on prevention. Salaried doctors allow it to avoid a fee for service model that encourages waste. And its pioneering information technology allows for data gathering and sharing that reduces medical mistakes and identifies areas for improvement.

Sometimes the differences between Clinton and Sanders are more quantitative than qualitative. Sanders pushes the envelope (break up the banks in a year, require no copays or deductibles for health care). Clinton is far more cautious. Bernie would invest $1 trillion over 5 years on infrastructure. Clinton's budget calls for $250 billion. Bernie advocates raising the federal minimum wage to $15 an hour. Clinton proposes $12.

Clinton has criticized many of Bernie's proposals as "pie in the sky", comparing them to what she views as her own more pragmatic and politically feasible plans. I suspect Bernie would concede that Clinton's proposals would be easier to enact, although he could make a powerful argument that even a modest proposal is highly unlikely to receive a hearing in a Republican Congress.

But Sanders may well see a need for proposals commensurate with the scale of the problem. He raises the question, "What do we want?" which then leads to the question, how do we get there? Clear ambitious goals set the terms of the debate. The conversation tends to focus on whether we can achieve these goals and even more challenging, how we might do so. Should we break up concentrated economic power and if so, how can we? Should we once again make public higher education free and if so how can we? Should we make health care universally accessible and affordable, and if so, how can we? Political negotiation will undoubtedly restrain lofty ambitions but recent experience should have taught Democrats that compromising at the outset often results in even more compromised outcomes.

Whatever policy differences exist between Hillary and Bernie pale into insignificance next to the Grand Canyon-wide chasm dividing Democratic and Republican candidates. While Sanders and Clinton debate how far and fast to raise the federal minimum wage, Republican candidates insist on a freezing it at the current $7.25 an hour. While Bernie and Hillary debate whether tuition should be free for all, Republicans continue to slash state and federal spending on higher education. While Sanders and Clinton debate whether Dodd-Frank is sufficient to curb financial predation Republicans prefer to get rid of Dodd-Frank entirely.

As the Democratic primary campaign moves into the homestretch, the media will focus even more narrowly on candidate miscues, delegate counts, new polls and intra party maneuvering. That is inevitable. But perhaps we can pause to applaud the nature and level of the policy debate so far. And thanks to the wonders of the Internet, enterprising citizens can access both sides of those debates, tap into some of the best thinking about what can and should be done to address central problems, and make up their own minds.