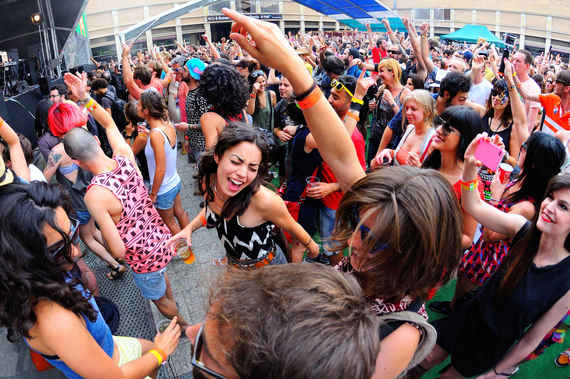 For proud collegians of a certain stock, the annual debate about which party school parties the hardest is a perennial parade of the usual suspects. It's not as if they're undeserving: your bros Beebs and Skidmark from Iowa have worked hard to keep Iowa near the top, after all.

But that doesn't mean there isn't room for others. Some of the schools on this list appear on the fringes of other such round-ups, but never near the top. Some have dropped off the radar, or never appeared on it in the first place. But they have two things in common: their student bodies know their way around a keg stand, and they all rank among the most underrated party schools in the country.

More: The 13 Best College Towns in America for Food/Drink, Ranked 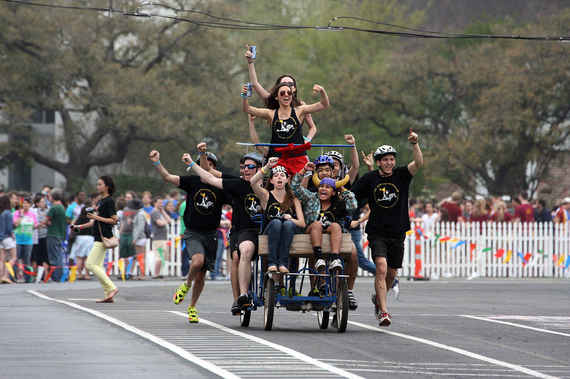 Rice University
Houston, TX
At just over 6K students, this little Houston school -- home of Sammy the Owl! -- seems to have something to compensate for, and it's doing it with a steady stream of booze. On a normal day, students 21+ can actually buy beer on campus, instead of being forced to wander off-grounds to purchase their booze, like their peers at most colleges. During the tradition of Beer Bike, they combine their love of bi-pedal exercise and drinking games. But that all pales in comparison to...
Best party: Since 1972, Rice students have engaged in the annual Night of Decadence, a party that, year after year, includes papier-mâché in the form of nether regions, in addition to minimalist costumes and themes as non-sexual as "Caligula" and "196NOD: Come Together, Right Now (All) Over Me." Coincidentally, Rice also rates high in double entendre scholarships.

Southern Illinois University
Carbondale, IL
Located smack in the middle of the boring part of Illinois, SIU might not get the same cred as its bigger, louder brethren, but that doesn't mean it doesn't know how to bring the ruckus. Downtown Carbondale appears to have been designed specifically for bar crawling -- with spots like Stix, Hangar 9, and the Pinch Penny all lumped together -- and the house party scene gets so raucous it could give Chicago a run for its noise-pollution money. How hardcore can things get? In 2000, Michigan State rioted over basketball because college sports matter. In contrast, SIU had its riot simply because it was Halloween... and got All Hallows banned for 15 years in certain bars.
Best party: For most Midwesterners, Polar Bear parties evoke old dudes jumping into frozen lakes. Here, it's just a few thousand students marathon drinking Downtown, bouncing from bar to bar as the police watch on. 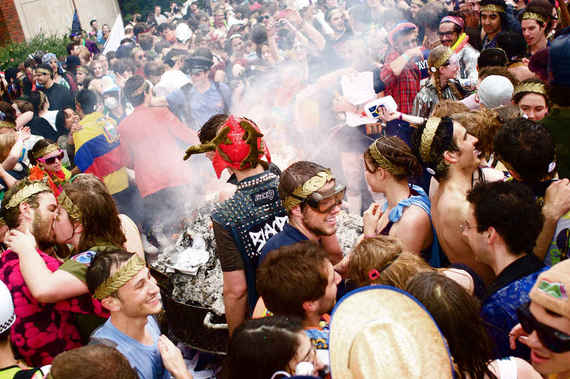 Reed College
Portland, OR
Reed's a liberal arts college plopped in the middle of SE Portland, but this isn't your average inner-city college. The campus is isolated by sprawling gardens and tree lines, giving it the feel of a completely different world set apart from the hipsters Downtown -- except for the whole "the campus is full of hipsters and hippies" thing. Reed's got a history of tolerance toward, um, experimentation. And while it doesn't have the requisite couch-burning antics that propel most schools to these kinds of lists, the artier side of partying is explored in full at Reed, from EDM concerts to home-brewing students.
Best party: Renn Fayre, in which thesis papers are burned, glow sticks are fired up, faces are sucked, and Oregon's newly legal pot scene is likely to be taken full advantage of next time around.

Colgate University
Hamilton, NY
Colgate's always on the fringes of conversation about the greatest party schools in the country: it gets some props, but it's so small, it tends to get treated as just a cute addition. The 3K students of Colgate, however, are ready at the drop of a hat to prove their prowess. Frat parties are legendary. The house parties are of the Kid 'N Play variety. And the hookup culture's so rampant that you're bound to be six degrees of separation or less from pretty much everyone on campus. Which is equally gross and awesome.
Best party: Spring Party Weekend, a combination on-campus music fest and off-campus free-for-all.

Elon University
Elon, NC
If the great Petey Pablo taught us anything, it's that the good people of North Carolina are wont, if the mood strikes them, to engage in a little fun. The tiny Elon University takes its lessons extremely seriously. For a school that doesn't push 6K students, it still has a thriving Greek system where day drinking is the go-to activity... before people head out and hit the small town's bars. With that kind of perpetual drinking prowess, you'd think they were leading up to something...
Best party: Festivus, which ditches the Feats of Strength and the Airing of Grievances for a full-tilt mud party -- BBQ and all, y'all -- in the middle of a field.

To find out which 6 other schools round out our list of underrated party destinations, get the full story at Thrillist.com!

The 21 Best Fictional Colleges of All Time