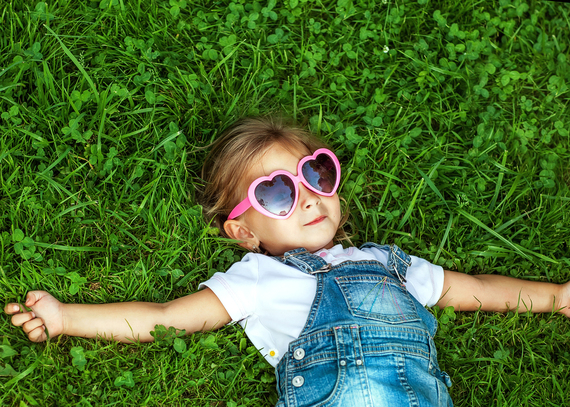 Naturally, as mothers, we compare and contrast ourselves to other moms. Every day, as we go about our lives, we are consciously and subconsciously assessing the way we live in comparison to others. It's subtle and unintended most of the time and its effects depend on where we're at in that moment...

We are observers, not by choice, by the simple act of being around others. We watch. We take it all in. And then we process it. This processing happens somewhere between emptying the dishwasher, buckling your kid's seatbelt and cleaning shit from one of many locations. Sometimes the process results in a sense of confirmation or even a connection to another mom. And other times the process stirs up insecurities, envy, or judgement.

We watch how other moms deal with their kids' behavior. We note the food they feed them and how they relate to their husbands. We observe their level of success in the workforce or their choice not to have a career. We watch as other moms balance what's on their plate and then we assess how we're doing, in contrast.

In some ways, comparison can be a positive thing. It can keep us on our toes and in the loop, opening our eyes to new ideas and approaches. But in other ways comparison can be the killer of a mom's confidence.

I think it's possible to let go of the judgement (most of the time) because, at the end of our long, hectic days, we all know how it feels to be a mom. Could this be the glue that bonds us together?

We aren't the only ones making assessments. Our kids are comparing us to other moms, too. The problem is: they're wearing rose-colored glasses. Couple that with a good dose of imagination and they're convinced that other kids are living it up, utopian style!

They think Suzy's mom is so hip and happening simply because she's younger. And Tommy's mom never shouts! And Ringo's mom lets him watch whatever he wants on TV. While Roxy's mom makes the best ham sandwiches. They make look the same but they're somehow way better than the ones we make...

Yes, we moms need to have a thick skin.

Even the other grownups in our lives, the men, can add to our insecurities. They throw a wrench in our ability to unite as moms. And it happens in an unsubtle flash. Like, a quick comment on how laid back Bob's wife is, after you've just been "a nag." Or sharing admiring words of adoration at how organized Bertha and Tony's house is while you're sitting there, up to your eyeballs in partner-less socks.

They may point out what great shape Carl's wife is in, when you've just polished off the last of the chocolate ice cream. Or what about how stylish Jerry's wife is? Meanwhile, you're sitting there in a pair of ratty-ass yoga pants, trying to recall the last time you wore "real" clothes. Or what about how careful Claire is with money. Isn't she just so frugal? And let's not forget the Phantom Wife, you know the one. She's always up for sex. Anytime. Anywhere.

Look at all of that green grass!

Sometimes we lash out...

Yes, after comments like these we moms may feel compelled to point out the dog shit, there, in that green grass. And sometimes we do. In our moments of self-doubt, we offer up an unappealing truth, an unnoticed flaw or a negative spin on the situation because it's clearly not visible to our family members due to their tinted glasses.

"Carl's wife is slim, yes, but... I hardly ever see her eating. It's concerning, really."

"Bertha's house is like a museum not a home..."

"And as for Jerry's stylish wife, well... must be nice to have a disposable income like that!"

"That Phantom Wife? She's a faker. A lying faker! OR he is. Something isn't right there..."

It's weak of us. But we do it. We stoop and we spout drivel because we feel the need to defend our worth and because our insecurities are getting the better of us.

Other moms understand this position because they've been there, too. It happens to them (and their confidence) in the same way.

Other moms get it...

They know that there's no such thing as perfectly green grass, a perfect wife or a perfect mother. They also know the demands and the weight that comes with the role. They know, simply, how it feels to be a mom and to be compared to other moms. And, even if their way of parenting is different from yours, they can relate to how hard you try and how good your intentions are.

Try as they might, dads don't get it and neither do the kids. They may have moments of appreciation but they cannot and will not ever know how it feels to be a mother.

So, stop imagining that other moms think they're perfect because they don't. Instead let's try to connect with them as members of this motherhood club that we're all in. It's not too late to escape The Motherhood Trap.

Yes, we'll always be observers but instead of giving into our insecurities or judgments, why not try relating to each other by what we have in common? Let's give ourselves, and each other, a break. We'll start with a few Stuart Smalley-inspired self-affirmations and then we can rise above it all! All of it! Because we are good enough. We're also smart enough and, dog- on-it, a lot of people like us. Especially the important ones who, despite the rose colored glasses, wouldn't trade us for the world!

Shannon Day and 36 other writers have released a book! Have you checked it out yet?

If you like funny, ridiculous, and heartstring-tugging stories of motherhood (+ easy-to-make martini & mocktini recipes), you'll love Martinis & Motherhood: Tales of Wonder, Woe & WTF?! on Amazon.com 37 tales by 37 amazing mom-writers from around the globe + 37 martini recipes!