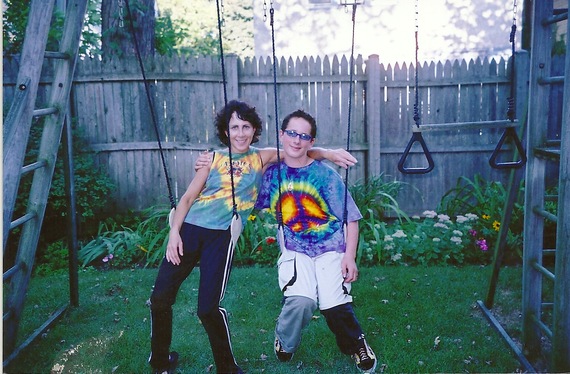 When the holiday just for moms rolls around, I can't help but think of my first one in 1990. Harry was just six weeks old. Their* dad and I tucked them into a red baby carriage and walked through the spectacular tulip gardens at Milwaukee's Boerner Botanical Gardens. That trip became a tradition.

Harry started making tulip-themed Mother's Day cards for me in kindergarten. They were in third grade when I received a handmade coupon book written in Spanish, redeemable for three kisses (besos), a hug (abrazo) and a cleaning of the parakeets' cage (never mind). 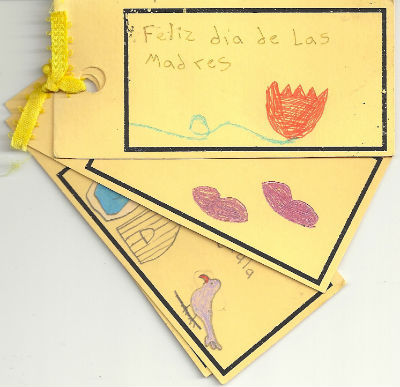 The Mother's Day Harry was 12, they handed me a plain business envelope with M❤M written on the front. I unfolded a single sheet of white paper to find a typed poem titled "The Joy of Having a Mother." I was blown away.

"Well, you wanted one," they said.

Harry had begun writing a lot of poetry, and I'd asked at the beginning of the school year if they'd write one for me.

"That's true," I replied, "but I didn't know you'd actually do it. And I certainly didn't think it would be about me." I sat down to read, my eyes lingering on each phrase.

"The Joy of Having a Mother
In life we only get one,
One who could never be outdone,
Somebody who is there forever and always throughout eternity,
Somebody not tainted throughout modernity,
They are there to help you, and to guide your direction,
One who will never face you with rejection,
Cherish this someone,
This heroine,
This champion,
Cherish this someone, for who they are,
Whether you are near or far,
Because they will love you, you not another,
And that is the joy of having a mother..."

I wiped a wet streak from my face. I'd never felt more important as a mother than in that moment. In a few lines my child had articulated our unbreakable bond and brought clarity to my role as their mom. But it felt a bit strange; I'd never thought of myself as a heroine or champion before. What I seemed to recall most were the times I thought I'd failed them.

I still felt guilty about not letting them be Wendy from Peter Pan for Halloween when they were two. And I wanted a double do-over for not having learned my lesson when they were four years old and I wouldn't buy the Pink Power Ranger costume, only the blue one. I wish I'd known then what I know now. Harry didn't care what anyone else thought; it was I who cared. I didn't want anyone making fun of my child or judging me as a woman who was somehow making her kid gay.

I know we all make mistakes, feel guilty, or wish we'd done a thing or two differently. But here's what Harry taught me: Unconditional love and support have no expiration date. We can demonstrate what it means to cherish our children at any moment in the present, even if our own mothers didn't have the resources to do the same for us.

I was struck recently by something dancer Jerel Maddox said on a recent episode of The Prancing Elites Project. There's a scene we learn that dance-crew member Adrian's mom has never seen her son perform. She's been to her other son's basketball games and her daughter's recitals, but never been there for Adrian. "There's absolutely nothing like a mother's love and a mother's support," Jerel says in a private on-camera moment. "If Adrian's mom doesn't come to the competition, it will emotionally tear him up."

I think it's a mother's job to encourage her child to find their passion. We're also in their lives to defend and protect our kids and give them a strong sense of belonging. They need that from us. It's how they learn the importance of self-love and self-acceptance, the attributes that lead them to become happy, healthy and emotionally secure adults. 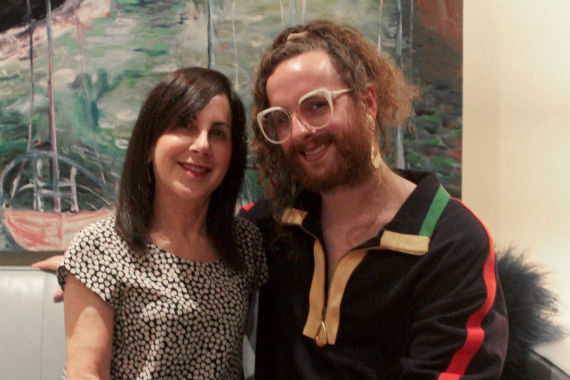 These days Harry is my hero. They are true to themselves and still don't care what anyone else thinks. They trust themselves and believe in their worthiness. And while Harry may not make cards or write poems for me on Mother's Day anymore, they fill my world with indescribable joy. And once in awhile, for no reason at all, they'll surprise me with a colorful bouquet of tulips.

*Author's Note: My now-25-year-old child, who identifies as genderqueer, tells me they have no preferred gender pronoun. I like to use "they" to identify them as a person first, with gender coming second. Sometimes I mess up and say "he," or "she" when they're performing as Amber Alert. When I apologize they'll say, "Mom, I really don't care what you call me."

This piece first appeared on the Give a Damn Campaign and Julie's personal blog, My Son Wears Heels. You can also find her on Facebook.