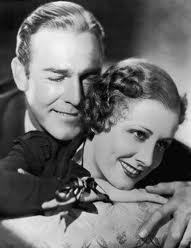 Overheard at dinner this past weekend in a room filled with recent graduates from pricey private schools and the parents who had financed their attendance:

"What did your daughters study in college?"

"Sociology and psychology," the father said, and paused, shrugging. "Don't get me wrong. We think it was important they got an education, but they were really after their MRS degrees." His wife sat next to him, beautiful and inscrutable.

All sound fell away for me as if I'd been sucked back to 1976 when I first heard the very same comment from some burly guy with a ruddy complexion. He swept his arms wide to include all the women sitting at the cafeteria table, in the dining hall, registered at the university, and on the planet earth, "They're just here to nab a husband."

One of my suite mates giggled and said, "I want to graduate in June, and get married in July." She batted her heavily mascaraed eyes at him, and he sat down and shut up. She didn't even have a steady boyfriend, but seemed sure one would materialize within her time frame. Clearly, she was after her MRS degree and wasn't shy about saying so.

He made me angry, and she made me feel dirty. I joined the feminist ranks on the spot.

But I thought all that had changed for younger women. Surely, they'd never say their sole goal in life was to marry. And what if that was their sole goal? I'm all about choice, and we all know elderly people, still married, still taking comfort from each other's presence. Did they achieve that blessed state with each one marching forward intent on their singular goals or did one subsume his/her path, realign it, walk behind or at least slow down in order to make it work?

And more importantly, why am I so agitated over this subject?

A movie out now is plying the submissive role of women. One of my friends was perturbed when I refused to see the movie. I didn't read the book, either. "I don't want to be dominated," I said, "but that doesn't mean I want to dominate. Not everything is either/or."

Yeah, and I don't think that makes for gray areas in my choices because that's not my reference point nor my artistic palette.

Blast From the Past A definition of MRS degree from the Urban Dictionary.