Storming the Sacramento Capitol steps, led by Chairman Bobby Seale, including a dozen African American men and six women fully armed, came to protest The Mulford Act. Minister of Self Defense Huey P. Newton wrote the Executive Mandate Number One of the Black Panther Party for Self-Defense that Bobby Seale read before the press and onlooker's who included Governor Ronald Reagan and a group of Boy Scouts. The gun laws in the State of California in 1967 stated that you could carry a loaded gun out on the street, so long as it was registered, not concealed and not pointed in a threatening manner. 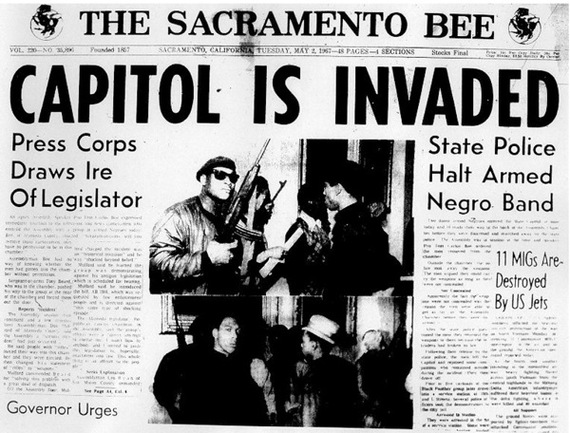 Representative Donald Mulford introduced the bill being debated inside the Capitol. Later The Mulford Act was signed in to law by Governor Reagan were California banned open carry based on the armed patrols of the Black Panther Party. My research led to footage of Representative Mulford expressing his view on what came to be called "The Panther Law." I added the scene "The Mulford Act" to my Junto Box Film campaign for Minister of Self Defense.