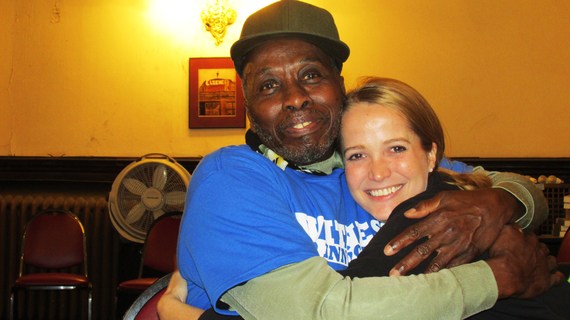 In the eight years that the dishonorable Thomas J. Maloney served as a trial judge for the Cook County Circuit Court, he sentenced nine men to death, including Perry Cobb and Darby Tillis. In this regard, he was only surpassed by one other judge in County Circuit Court. The courts have since determined that at least two of these men, Perry Cobb and Darby Tillis, were wrongfully convicted for murder.

Furthermore, the courts have since convicted Maloney with taking bribes in murder cases, making him the first Cook County judge ever found guilty of such an offense. What makes his conviction more problematic is that federal prosecutors specifically alleged that in order to divert attention away from murder acquittals, Maloney had lowered the threshold of beyond a reasonable doubt to convict those on trial for murder, calling into question every murder case during his eight year sprint.

The story of how Cobb came to be wrongfully convicted illustrates what can happen when making a conviction is deemed more important than being just. Cobb and Tillis would suffer through five trials, the most in American history for anyone tried for murder, only to be exonerated based on judicial error when Governor George H. Ryan granted them pardons based on perceived innocence.

Cobb's experience with the judicial system is riddled with abuses of power and authority from the very inception of the accusation. First comes the decision by police to conduct a warrantless arrest of Cobb, an issue later raised before the Illinois Supreme Court, but later determined to be justified.

Later, came the decision by police to offer an award of 1,200 dollars in exchange for an accomplice testimony from Phyllis Santini, a woman suspected by many to be the true perpetrator of the murder for which she would accuse Cobb and Tillis. Santini would go on to testify against Cobb and Tills in all five trials.

Then there was the decision by Judge Maloney to refuse to allow two witnesses testimonies that would implicate Santini in the murders, but as someone who purposely framed Cobb and Tillis to redirect attention away from herself.

Then there were inconsistencies in witness testimony by the main eyewitness Arthur Shield, who would only after reaching the third trial, identify both Cobb and Tillis as the men he saw at the murder scene. When questioned about this inconsistency during cross examination, his response was, "he had not seen the faces very well," only to then assert that all Blacks look alike in photographs, which begs the question, how can someone who cannot differentiate between those within a certain race be accepted by multiple courts as a reputable eyewitness in a case concerning suspects all of whom belong to that race?

On the final trial in which Cobb and Tillis would be acquitted, Attorney Richard M. Daley, prosecutor for Cook County, approached Assistant State Attorney Michael Falconer's, the key witness that would prompt the acquittal, supervisor in an attempt to dissuade Falconer from testifying.

All five trials were riddled with bad intentions and abuses of power. There were more than enough opportunities for state prosecutors and other civil servants to questions the assumptions upon which the trials were based, but rather than admit to committing a mistake, they chose to commit attempted murder against citizens of the United States--Cobbs and Tillis.