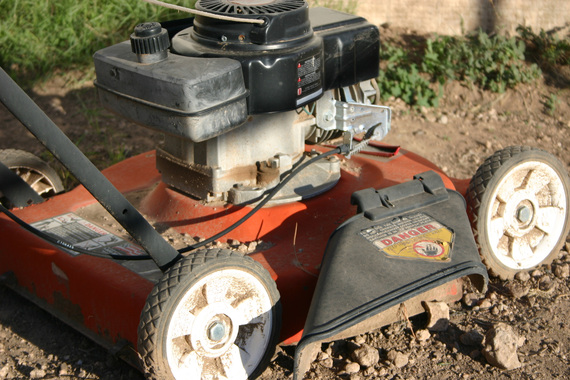 I woke up on a Saturday morning feeling great! Having RA this is not something that happens very often. It usually takes an hour or two for the bones to start working properly, but not this day. I decided to take full advantage of it and got straight to work cleaning my bedroom and my bathroom.

Now, my house is mostly spotless and it generally stays that way. While I would love to take credit for that... I can't lie. I have been VERY HAPPILY married to the man of my dreams... he has OCD. What this means is I seldom have to clean. I cook and do laundry and make my bed every day since I am usually the last one out of it, but other than that he generally does it all. Yes, I am blessed and NO you can't have him.

I was on a mission. I finished the bedroom and bath. I mopped the living room floor (hardwood). Cleaned out the entire refrigerator and scrubbed it down AND hit the button for the self-cleaning oven -- whew that was a hard one.

He called on his lunch break and since he was working overtime all weekend I was feeling very sorry for him. When he asked what I was doing, my usual response is "I'm on the computer," but today I got to say "I am doing you a solid" -- I but wouldn't tell him what. His response was "You had better not be out there trying to mow that grass!" Huh? I hadn't even thought about that one. So after switching I love yous and hanging up the phone, I thought back over this conversation and something struck me as wrong. Did he honestly say "You better not be..." to me? Really he knows me so much better than that.

I go change my clothes, put my hair up into a ponytail and head for the garage. Mumbling under my breath things like "... better not, my ass" and "... not my father" kind of remarks. I pull the push mower out and decide to show him a thing or two. (I forgot to mention that with the RA comes allergies to things like trees and grass, oh well, I'll deal with that later). 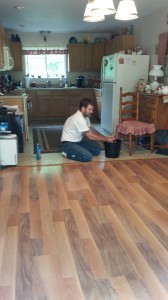 I fill up the gas because hey, I'm not stupid. Then it's the oil, and after not being able to get the cap off because hubby tightens everything down tighter than Fort Knox, I finally give up and get a screwdriver and turn the cap loose. I'm feeling pretty smart right about now. Don't worry... it only lasts for a moment. I start pouring in the oil and then I realize that oil is not red... oh crap, transmission fluid. What have I done? So I panic and call my brother who asks me how much, about a 1/4 cup. It'll be okay and "leave the grass alone" from male No. 2. I hang up. I pull the rope thing, and pull, and pull... nothing, nada, not even pretending to start.

What to do now! I have only met our neighbors son on one side and the guy on the other side is kinda creepy, so I go with the neighbors with the kid. I walk around the side of their house and Mr. Neighbor is working out in his yard -- perfect! I introduce myself, then tell him my troubles and like the good neighbor he is, he stops what he is doing and comes to check out my mower!

He pulls this thing, and pushes in that button and after a couple of tries he gets it started! Yay! I'm on my way. I start at the top of the hill and going back and forth I am so proud of myself. After about 20 minutes I am thinking "Good Lord, this is going to kill me," but I continue being the great wife that I am. I'm 30 minutes in when a piece falls off the lawnmower (don't ask what it was, I have no idea) but it keeps on running even though this weird little smoke is coming from it. I figure it is from the little bit of transmission fluid so on I go. 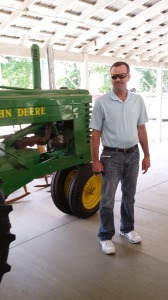 I get about halfway through the backyard and I hear a noise. I look up and it is the white knight neighbor riding in on his green and yellow steed (John Deere riding lawnmower). He tells me to turn mine off and he will do it for me. After mild (very mild) protests on my end, I reluctantly shut off the smoker -- I mean lawnmower. I watch fascinated as this stranger whips through my yard, flying around the house like he's Jeff Gordon on the winning lap! He mows it all and then he's gone, riding off into the sunset -- or his own yard, whatever!

Hubby comes home and looks at the yard amazed! I can't believe you did this! I told you not to, to which I said, "Therein lies the problem. You should know this about me by now." I explained about the transmission fluid as he looks at me like I have two heads. How can you confuse transmission fluid and oil? They shouldn't make the bottles the same shape.

Hold on he says... where did you get the gas? Remember honey, you hid it behind the bushes (because you are not only obsessive, but paranoid that a group of random out-of-control teenagers are going to take your lawnmower gas and burn our house down as we sleep). His eyes got bigger, I didn't know they could get that big, and his face is starting to get a little red. Huh? What's up, dude? I did you a favor. Well actually, I did you a partial favor that the neighbor, bless his soul, finished up for me. Talking fast sometimes really confuses him, but it didn't work this time.

Apparently in the world of gasoline-powered machines, you are supposed to know there is a difference between weed-eater gas that has oil poured into it and regular gas. Yep, I put weed-eater gas in the lawnmower along with the transmission fluid.

After he drained out all the fluids and put the mower back together we rode to the farmer's market. I picked out a very pretty yellow mum and a thank you card and walked over and properly met our neighbors. His wife and I talked about how I will never cut grass again as long as I live, to which she fully agreed. I am sure they talked about how silly their wives can be from the sounds of the laughing coming from his garage.

Grass was mowed but now we need a new lawnmower because apparently you can't do what I did without burning up the mower. Hubby gets lucky because now I wholeheartedly agree we need a riding one... can't wait to try it out as soon as I figure out where he hides the keys! And the best part, we met some fabulous neighbors and hopefully a great friendship has started!

P.S. The next day I couldn't get off of the couch and looked like I had been having an ugly cry session, plus the blister!

Appreciate the good, laugh at the crazy, & deal with the rest!