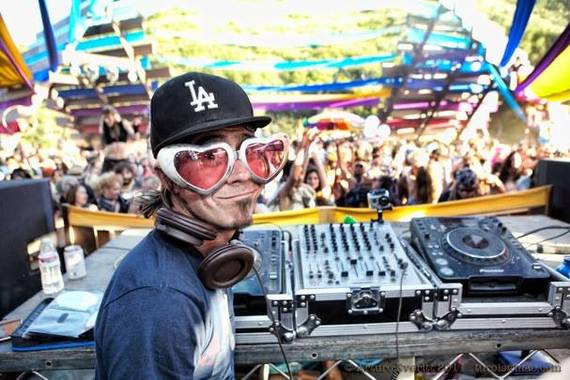 It is with great despair that the music festival community is forced to say goodbye to one of its icons, Nicholas Alvarado, a Los Angeles-based DJ and producer who is more famously known as Pumpkin. While he was on his way to Head For The Hills Music Festival in Kerrville, Texas on March 25th, Alvarado was involved in a fatal car crash in which himself as well as the other driver were announced dead on the scene. He left us far too soon being only 33-years-old.

As this heavy blow began to spread across social media like wildfire, it became very clear the deep connection he shared with his fans. Known for his upbeat mixes and uplifting DJ sets, Pumpkin has become a fixture in the transformational music festival scene, gracing the lineups of events such as Lightning in a Bottle, Coachella, Sea of Dreams, Raindance, Boogaloo Mountain Jam and many more.

His most recent festival performance was at Serenity Gathering in Joshua Tree during the weekend of March 17th-20th where he played two funky sets, one of them being at the trash separating party where volunteers sorted through garbage and recycling in perfect contentment because of his happy musical contributions. This is yet another testament to the endless love and appreciation he carried for the community which adored him so much. He was set to perform at several 2016 festivals such as Wisconsin's Infrasound, Northern Nights Music Festival, Shambhala and Lucidity Festival.

Whether at a festival, bar, club or underground party, Pumpkin always played to a jam-packed dancefloor as his electric vibes and groovy tunes kept faces smiling and bodies moving. Having played in rock bands his whole life, he found ways to incorporate the sounds of his past with the pulsating vibrations of underground electronic music. What made his live sets so special was his carefully selected tracks that spanned every genre as well as having his finger on the pulse of the music created by artists from his community, many of which were his close friends. He even played a set of tunes from The Muppets at the Kidzone at Lightning in a Bottle 2014.

In addition to his skills as a DJ, he was also a master of remixes and original productions, releasing songs that would gain hundreds of listens the moment they appeared on Soundcloud. There was an eternal thirst for Pumpkin's creations that could only be slaked by more of his music. With the reputation of "music to fall in love to," Pumpkin's light shined not just from the sounds he produced but also from his sparkling personality and beaming smile. I only had the opportunity to spend a few moments with him (other than on the dancefloor), and even in those brief moments he was engaging, attentive and kind.

The festival community is deep, strong, boundless, and vast. Like the tragic deaths of Jon Horvath of Fort Knox Five and Art Gimbel of Fest300, when a member of this community passes on, an unfillable void is left behind. Pumpkin's early departure from the music world is a devastating loss, as I feel heartbreak seeing his name on festival lineups at which he will not perform. However, those who achieve greatness in their actions as well as in their souls also leave a rich tapestry of memories that can always be called upon. If my friends and I were at a festival with Pumpkin on the lineup, there was not one of us who would miss his set. Once a shining beacon on a stage to which many would magnetically drift to, he is now a bright star, gleaming high above us like a shimmering disco ball in the sky.

Check out this tribute video of Pumpkin which went viral in less than 24 hours. Shot by Teddy Saunders at Lightning in a Bottle and Burning Man as part of Project: Dreambox

A Tribute to Nicholas Alvarado aka Pumpkin

While shooting the Dreambox documentary we asked one of the community's best DJs, Pumpkin, what his dream was. Now that he has recently passed away, it is only appropriate to share that Nick was living his dream. Project DreamBox was created in part from the motive that life can be too short not to spend it doing the things we always dream of. May we all live our dreams like Pumpkin did.Rest in Peace Nick. You will never be forgotten. <3