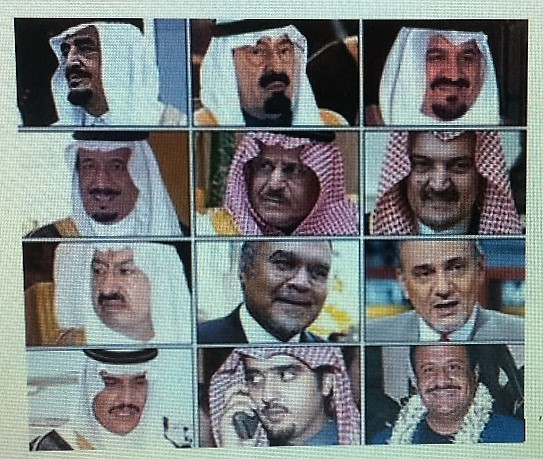 Whatever else the deadly Fourth of July terrorist attack on Saudi Arabia's holy city of Medina indicates, it further complicated matters for Saudi rulers, President Obama, Congress and even ordinary Americans eager to confront terrorism. Only a few weeks ago, critics demanded the White House declassify 28 potentially red-hot pages of a congressional report on the 9/11 attacks.

Ironically, the pages were classified by Obama's Republican predecessor, understandably to avoid ruffling any feathers within the Saudi government. Yet rumors about these classified pages suggest the 9/11 hijackers received at least some support from the Saudi government in Riyadh. The 9/11 commission report certainly hinted at likely financial support by some high-ranking officials in the Saudi hierarchy.

To some, it's all terribly speculative; to others, it's enough to prompt searing questions.

No less than U.S. Sen. Bob Graham made his skepticism known in a "60 Minutes" Q&A: "I think it is implausible to believe that 19 people, most of whom didn't speak English, most of whom never had been in the United States before, many of whom didn't have a high school education, could have carried out such a complicated task without some support from within the United States."

The U.S. government obviously must be as transparent as possible with Americans about any Saudi involvement in the horrific attacks on our shores. Under no circumstances do I suggest our government should disclose every bit of top-secret information. Given my previous work in Washington, I know that protection of classified information pertaining to our national security is paramount. So, yes, candor is absolutely required to fellow citizens -- yet divulging aspects of that report could push U.S.-Saudi relations to the breaking point.

What's troubling about all this is that the Saudi government has threatened to sell $750 billion in treasury securities if the Obama administration goes ahead with declassifying the documents. And yet, while I understand the sensitivity of this matter, I do not understand how we can allow other governments to hold the United States hostage for doing what's right by the American people.

A plethora of conspiracy theories are swirling regarding this issue. The stakes: If it's established that no direct link existed between the Saudi royal government and the 9/11 attackers in the United States, it will come at the high cost of upsetting a staunch U.S. ally in the Middle East, offering ramifications beyond just financial.

On the other hand, if there was a connection, this will undoubtedly impact U.S.-Saudi relations in a host of areas including military cooperation, diplomatic ties, even gasoline prices. Could this be why the president is heavily weighing his decision?

And if that isn't enough to raise concerns, consider this: The kingdom could withhold its military and intelligence assistance to undermine U.S. efforts to combat terrorism. And what of the purchase of U.S.-made weapons? Did critics consider that part? Based on my research, that alone could have a huge impact. According to recently released State Department statistics, the U.S. has authorized $33 billion in defense sales to the six members of the Gulf Cooperation Council -- and Saudi Arabia is the biggest purchaser among the GCC states.

In a final demonstration of just how complicated foreign policy really is, consider this: A Department of Defense official speaking on condition of anonymity argued that while the kingdom has recklessly promoted its poisonous Wahhabi ideology, Saudi Arabia remains vital as an ally for the United States, especially when it comes to fighting terrorism.

The quiet declassifying of "File 17," than three dozen people with whom the hijackers were in contact before the 9/11 attacks. Some were Saudi diplomats. All this means that a confounding dilemma for both Republicans and Democrats is likely to continue while raising uncomfortable questions for those among us seeking to heighten the war on terrorism -- presumably with Saudi allies at our side.