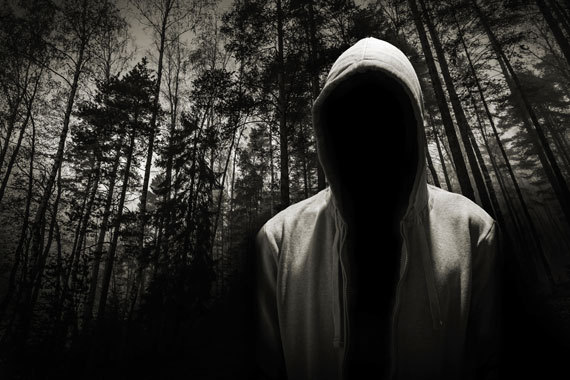 These sound like the words of a man who invested everything in a failed invention, a man who discards a lost cause, a failed gym membership, or the latest juice diet after determining that enough is enough. That's why hearing these words from Nakamoto in April 2011 seems so mysterious. Just imagine if Bill Gates had disappeared after launching Windows 95 or if Steve Jobs had vanished prior to the release of the first iPhone.

Nakamoto is hailed as the brilliant mastermind behind an incredibly successful protocol and open-source software called Bitcoin. This begs the question--where is Nakamoto now? And what is he currently working on? What would motivate someone to create such an innovative technology and then seemingly want nothing to do with it?

Perhaps Nakamoto knows something that we don't?

While Bitcoin, Nakamoto's brainchild, is now several years old and seeping into mainstream culture, many people still have no idea how it actually works. Luckily, it's easier to pin down and understand the inner workings of Bitcoin technology than the mind of the mastermind who is allegedly behind it.


Bitcoin is described as digital peer-to-peer cryptocurrency. That's geek-speak for digital money. In similar spirit to a cash transaction between trustworthy friends, Bitcoin allows for a democratic payment exchange, built upon a foundation of trust and immediacy. Essentially, individuals can send digital payments directly to each other without going through a middleman financial institution.

Bitcoin makes it easy to send money around the world with no transaction fees, since no third party financial institutes are required. It is an easy and effective choice; this is one of its major selling points. Another appealing characteristic is the level of anonymity it can afford, as it's possible to send and receive bitcoins without providing any personal information that might endanger your identity.

Like most game-changing e-commerce inventions, Bitcoin is also a favourite among its early adopters within the criminal underworld. Sites such as the Silk Road allow people to exchange illegal contraband without detection, relying on Bitcoin's anonymity. New innovations such as the Dark Wallet further raise questions over Bitcoin and its appeal among money launderers. Think about it; a currency which offers total anonymity when transactions are configured correctly is a money launderer's dream! Remember that the internet was also plagued with scandal during its early years and it's certainly not a gathering place for saints and angels today.

Allegedly, even the federal agents investigating the Silk Road case have not being able to resist temptation.

According to this press release provided by the FBI in March 2015" two former agents were indeed charged with wire fraud and money laundering. Bitcoin has already experienced many scandals due to its association with the dark web, criminal activity, and fluctuations in value.

The Allure of Bitcoin

The libertarian nature of a decentralised currency is the most disruptive concept since the internet itself. Stop a second and think about how far we've come. Imagine if, 15 years ago, someone were to tell you that you could send instant messages in real time, for free, from a mobile device anywhere in the world. You'd probably think that both the person and the notion were pretty crazy. About as farfetched as The Terminator becoming Governor of California...

Regardless of California's choice of governor, the impact of the internet is nonetheless inarguable. Yet while the internet has transformed how we communicate, the financial system has not kept pace. It can take days to transfer money between accounts; that's understandable, since it's layered with so many complex fees, taxes, and regulations.

Today, Bitcoin has the potential to completely revamp global commerce by reducing the cost of digital transactions for businesses, removing international currency conversion costs, and eliminating costly chargebacks (since bitcoin transactions are irreversible.)

Just as nobody puts baby in the corner, nobody controls Bitcoin. It exists independently of individuals, countries, banks, and governments. This is both Bitcoin's greatest strength and greatest weakness. One the one hand, this freedom prevents corrupt governments from tampering with its value; the darker flip side, however, appears when something goes wrong and there is no one to turn to and no one to be held accountable...

It is this lack of control that terrifies some bankers and governments; Bitcoin's anonymity meanwhile keeps law enforcement agencies on edge. Bitcoin has the potential to impact international currencies in the same way that mp3s impacted the music industry. Can our traditional banks and financial systems survive a "Napster" of modern currency transactions?

Blockchain: The Technology Behind Bitcoin

The Blockchain is a distributed database that manages all Bitcoin transactions and acts as a public ledger of all transactions in the Bitcoin network. You could think of it as a giant public spreadsheet. Blockchain also solved the "double spend problem" that plagued previous digital currencies.

I've stated that Bitcoin offers anonymity, yet it's probably one of the most transparent financial systems that exists since all transactions are publicly logged in the Blockchain, yet the information used can't identify anyone if set up correctly. Given that most people struggle setting up their digital recorders, it's likely that the people who will avail of Bitcoin's anonymity are not the people you'd like to get help from setting up your digital recorder.

A "bitcoin" is generated when computers running specialised software solve complex mathematical equations. This is called bitcoin mining. It was possible to mine for bitcoins on your home computer; today, you'd be competing with large-scale bitcoin mining farms in China that spend over $80K on electricity alone each month.

What's interesting is the possibility of using the Blockchain for purposes beyond that of Bitcoin. Entrepreneurs are now turning their attention to outdated, back-office financial systems, and Blockchain-eqsue technology has the potential to revolutionise the payments industry--along with many other industries--given its secure, powerful, and decentralised architecture.

While no one can positively predict what the future holds for Bitcoin, two things are certain: the financial system is ripe for disruption, and digital currencies are here to stay. They might even transport old-school banks and malfunctioning governments into the 21st century. 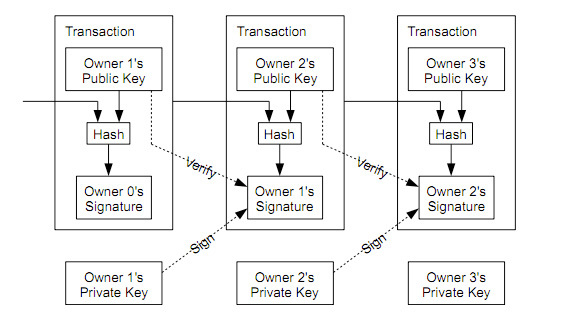 The following year, he launched Bitcoin software and released the first 50 bitcoins. The first known transaction was for a pizza that in 2013 was estimated to be worth well over $7 million. I hope that pizza was worth it.

By late 2010, however, Nakamoto began to fade from the scene. While he always worked with other individuals, he was careful not to reveal any personal details with the people he collaborated with online in the Cryptography Mailing List at metzdowd.com. This ensured that he retained his cloak of invisibility.

Since then, several attempts have been made at trying to identify Nakamoto. Most people assume that he is Japanese, if only due to the name; this is more than likely a cover given his use of language and perfect English, and the fact that the original bitcoin.org domain was registered by a Finnish company based in Helsinki. Maybe these were all subtle tricks to throw us off his trail.

Is he even a "he"? Is this identity even based on a single person, or is there an entire organization lurking behind this, masking their identity with a logo and a name? Could it possibly even be some sort of cyber-criminal mastermind who walked out of a modern James Bond film and invented the perfect underworld currency?

According to this Business Insider article Michael was:

Hired by Allied Irish Banks to improve its currency-trading software, and [who] co-authored an academic paper on peer-to-peer technology. The [first-ever Bitcoin academic] paper employed British spelling. Clear was well versed in economics, cryptography and peer-to-peer networks." Like Szabo, Michael Clear has denied this claim publicly.

While many more theories about this mysterious figure do exist, the fact remains that no one has been successful in conclusively finding or unveiling the "real" Nakamoto. The truth is, I'm actually not overly concerned with who the real Nakamoto is, and I rather hope his identity remains a mystery. Everyone has the right to privacy, including cyber geniuses.

The Art of Anonymity

Just as a true artist lives by his or her art--creating and being remembered through a legacy of masterpieces--Nakamoto's anonymity perfectly mirrors the anonymity of his Bitcoin masterpiece.

The mystery surrounding Nakamoto's identity and disappearance might be far more mundane than we think. Perhaps he really is just someone who became worried or disappointed after witnessing how Bitcoin was being abused by the criminal underworld. Maybe he didn't want to attract the attention of U.S. authorities due to cases they've filed against companies and individuals involved in creating new currencies, which is illegal (or at least resides in a "grey area") in the States.

From what I've read, Nakamoto's motivations seem politically inspired due to the libertarian nature of Bitcoin. However, it's claimed that he owns 1 million bitcoins, which does seem capitalistic. I suppose inventing a global currency is one way to get rich.

In today's fame-craving, media-obsessed, I-want-it-now culture, it's refreshing to think that modern Bruce Wayne characters exist, quietly going about their business, selflessly focused on delivering value for the greater good. Which then begs the question--is Nakamoto the real Batman (or Daredevil) of the cryptocurrency?

Whoever Nakamoto is or isn't, no one can deny his mysterious brilliance and the influential legacy he has left behind.