Lucas Cranach the Elder, called "one of the strangest Renaissance artists in Germany" is back in the headlines after a few centuries at rest. His painting, "Madonna Under The Fir Tree," has hung in a Polish cathedral for over 400 years. At least 60 of those years, however, the work was stolen and replaced with a fake. This summer the original was mysteriously returned, after negotiations between authorities and the church. Poland's foreign minister Radoslaw Sikorski told the Art Newspaper: “The story of how the 'Madonna under the Fire Tree' was recovered reads like a crime novel.” However, historians and fans are now wondering if their beloved Madonna actually returned or if they are simply looking at a better forgery.

The only source which may know the true story of the Madonna's journey is the Catholic Church, reports Spiegel Online. Church authorities, however, aren't talking about the mystery of the painting's journey from private hands back to Poland, leaving her tale enshrouded in mystery. The work was created in 1510 and gifted to the Breslau bishop, which soon became a beloved gem for locals and tourists alike.

Its journey picked up speed in 1943 when Breslau's cherished artworks were taken to a Cistercian monastery in the country to be safeguarded during World War II. In lieu of the original, artist Georg Kupke placed his own copy, in an effort to save the piece from "falling into Communist hands" according to Spiegel Online.

The original work, in the meantime, would be smuggled West. Kupke's fake fooled the world for years, though Spiegel pinpointed its fatal flaw as Madonna's "slight squint." In 1961 authorities caught on to the work's falsity, yet were left clueless as to the whereabouts of the original. At first they thought it may have belonged to Siegfried Zimmer, the priest who commissioned Kupke's copy. But when he died he left no trace of the work, only a vast supply of other riches. This led some to believe he had sold the work, especially when coupled with rumors of the piece showing up on the private art market.

Art historian Dieter Koepplin claims he was summoned to a German collector's hotel room in 1969 and presented with the original work. The collector wanted Koepplin to verify its authenticity, and although Koepplin is reportedly "absolutely certain" it was the original, he remained silent. The painting soon fell off the grid once again.

Alleged sightings have popped up around Switzerland over the last 20 years, but this summer the abducted work was donated to the Diocese of St. Gallen, which returned it home to the Catholic Church. Upon its return Foreign Minister Radosław Sikorsk declared: “We pass on to the church authorities the most treasured recovered artifact in the history of free Poland since 1990."

The work now hangs in the Church. However, it has not yet been verified by experts, leaving historians and fans skeptical of its true origins.

Do you smell something fishy with the sudden return of the mysterious Madonna? Let us know in the comments section.

For some levity, here's a slideshow of the ugliest infants in Renaissance paintings. 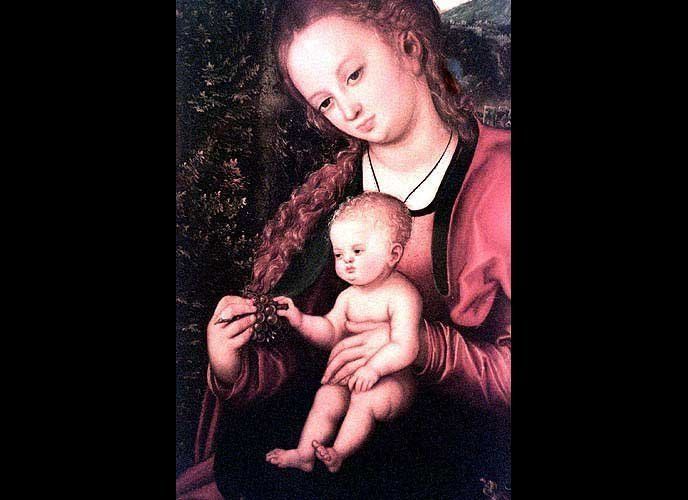