The news of celebrity deaths, seemingly right on top of one another, has many people lamenting "2016," as if the year was responsible. In just the last few days it included George Michael, Carrie Fisher and Fisher's mother Debbie Reynolds. But this isn't tied to the year. It's all about demographics.

The Baby Boom generation was the largest generation ever. Those born from 1946 to 1964 make up a bit more than one quarter of the entire American population. The same is true in most Western countries. 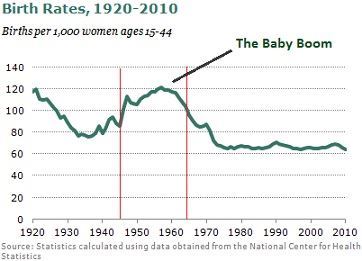 This means the youngest Baby Boomers are now 52 years old and the oldest are 70. In other words, the biggest generation in history is reaching ages where people often die.

As that generation ages death rates will increase--they have to. It doesn't mean we are more cursed or diseases are getting worse. It means a lot of people were born during a certain period of time and those same people eventually die. The rash of celebrity deaths is mostly explained by the fact most of them were of dying age. When you look at the ages of MOST of the deceased it all makes perfect sense.

At some point the world population will peak, in the next three to four decades. When it does the total number of people will go into decline. No doubt, when that happens, it will be called a "crisis" and the panic-mongers will be just as hysterical as they are when the population was increasing. Whatever is happening at the moment terrifies those looking to be terrified.

Actually, celebrity deaths should peak before world deaths peak. The reason is most of the media which crowns celebrities is Western in nature and birth rates are already in decline in those nations. World population is growing, but not in the West for the most part. What growth Western nations have seen came from low death rates, not from high birth rates.

But, as our population ages it becomes harder and harder to make progress. It was quite easy to increase "average" life spans by reducing infant mortality. But, as infant mortality falls around the world, that leaves expanding the senior years as the only way life spans increase. We certainly have done that; for instance, in 1901 the average 70 years old of the day could only expect 10 more years of life. Today they can expect an additional 16 years.

Giving an infant 70 years of life is a lot easier than giving the elderly an extra six years. As the average age pushes upwards the gains will be more and more difficult. 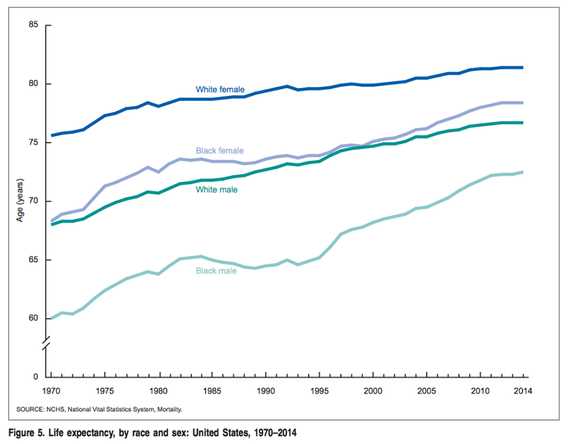 The demographics of the situation also means we will see more diseases of old age. One thing people forget, when it comes to causes of death, if it isn't one thing it's another. Everyone will die, which means something will cause the death.

When causes of early deaths declined, and people lived longer, we saw a spike in cancer cases. Cancer tends to be a disease of old age. The older you get the more likely it was that you would develop a form of cancer. So, as infant mortality declined, cancers deaths increased. That sent some people in a panic that our lives had become more toxic and the increases in cancers proved it. It did no such thing; it was just the result of fewer infant deaths. More people were living to the age where cancer was more likely. Ditto for heart disease.

But if you actually look at the success rates of treating those diseases, they were going up the entire time people were seeing a holocaust. The survival rates of the cancers were going up, ditto for heart disease. But, that means other issues, such as Alzheimer's, will increase in numbers. We can delay death; we can't cancel it.

The numbers predict celebrity deaths -- which basically means Western celebrities -- will continue to increase, on average, for the next decade or two. It's not a curse, or a "bad" year. It's simple demographics. As the population ages we will see more people dying from the diseases of old age. It doesn't mean the diseases are getting worse, it just means we're getting older.