According to an anonymous source, the investigation into the causes of the Polish presidential plane crash may be subjected to political pressure which could hinder the ongoing investigation. This, claims the source, is due to the political aspect of the accident: the tragic death of the president on the territory of a foreign country.

The Polish presidential jet was not insured, which could mean that the party at fault in the tragedy may be subject to a multimillion dollar civil litigation suit by families of the victims.

This situation additionally complicates the fact that the Polish president was headed to Russia to commemorate a mass murder of Polish officers during World War II by the Soviets in Katyn, "a cursed place" as the former President of Poland Aleksander Kwasniewski has described it. Some even compare the Polish presidential jet crash, in which Poland lost its President and dozens of political, military and religious leaders, to Katyn No 2.

If the cause of the crash is determined to be a flight controller's mistake or a malfunction of the navigation equipment at the Russian airport, it could harm Polish-Russian relations, which for years have been far from satisfactory, the source says. 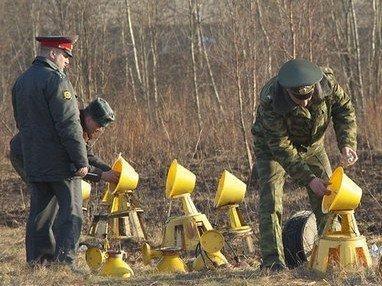 A picture of Russian airport personnel changing light bulbs in the approach lights to Smolensk airport under the supervision of a uniformed Russian military officer has been circulated in the Polish media. This prompted the Polish prosecutor in charge of the investigation to ask his Russian counterpart for an explanation.

"The question should be: was it something that was planned earlier or was it a decision that was taken in the aftermath of the crash," says Greg Phillips, a former NTSB crash investigator.

Four days before the crash, jets of Russian Prime Minister Vladimir Putin and Polish Prime Minister Donald Tusk safely landed on the same tarmac in Smolensk. According to unconfirmed reports, Prime Minster Putin's security detail equipped the airport with an additional navigation system, MMLS (Mobile Microwave Landing System), before the landing which was dismantled after the visit was completed. In Poland the revelation fuels speculation about the crash.

Russian authorities who lead the investigation have not yet answered if the report is true and if so why the same navigational equipment was not provided for the pilots of the Polish Presidential plane. Who owns the black boxes?

According to the largest Polish opinionated daily Rzeczpospolita, Polish Prosecutor General, Andrzej Seremeta, stated that Polish investigators would obtain from Russian authorities "transcripts of cockpit voice recorders, not the voice recorders itself".

This raised eyebrows of some US aviation experts.

According to the rules of crash investigation included in Annex 6 and 13 of ICAO Chicago Convention (also signed by Poland and Russia), a Polish investigation team should be directly involved in the process of the analysis of the black boxes content.

Greg Phillips, a former NTSB crash investigator, agrees that the Polish investigation team should be able to retrieve the black boxes after the investigation just as the pieces of the airplane itself since they are the property of the Government of Poland which owned the plane.

Phillips admits, however, that it is unclear if the ICAO regulations regarding civilian airplanes could be applied to a presidential plane operated by the Polish Air Force. 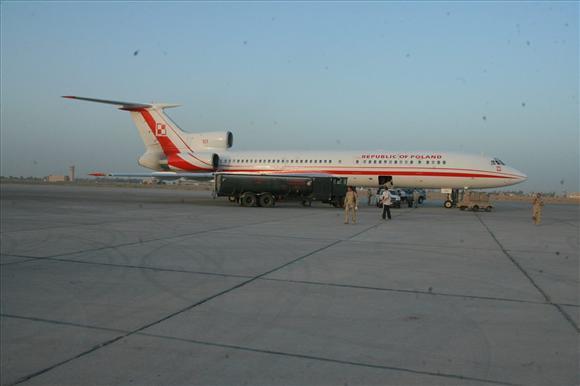 The President of Poland traveled on a Russian made Tu-154 with a disqualifying safety record (40 crashes since 1970). Polish journalists called it "the Flying Coffin;" American pilots labeled it "Careless." According to Ascend magazine, Tu-154 has suffered a fatal accident for every 431,200 flights, compared with Boeing 737s record of one fatal crash for each 2.68-million flights.

The issue of the modernization of the governmental fleet has been raised in Poland since the early 90's but for various reasons it was never completed.

In 2007 the issue became political when Prime Minister Donald Tusk proposed that Polish governmental VIP's should travel on commercial flights, which was in accordance with public expectations. A 2007 Polish edition of a Newsweek poll showed a majority of Poles believed the state authorities should fly on commercial airliners.

In February 2008, in a political showdown, Prime Minister Donald Tusk traveled to Washington on an official state visit to the White House on board a Polish commercial airliner LOT.

"No problems with the airplane"

Preliminary reports on the Polish presidential jet crash indicate that flight PLF 101 attempted to land in a dense fog when it struck an installation 1000 meters before the runway then cut tops of trees, which caused the aircraft to flip and crash inverted into a forest, killing all 96 people on board instantly.

According to a former NTSB crash investigator, Greg Phillips, there is no indication of a malfunction of the aircraft. Tu-154 is well known among pilots for its robust construction, which can increase the chances of survival in a crash landing situation.

The airplane made it to the airport without any problem; there was no emergency call, no distress calls, which indicate that there was probably no problem with the airplane, says Phillips.

The mystery of the Polish Presidential jet crash additionally deepens the fact that it was equipped with TAWS, a safety device that warns pilots when they get too close to the ground.

If the safety device was working properly, it would be the first such crash of an aircraft with the system in aviation history, says John M. Cox, a safety consultant and former accident investigator.

Photographs of the crash site show the gear of the airplane was in the"down" position when it crashed. This indicates that the plane was on a landing approach but was about 1000 meters away from the point where it should have been. TAWS should have given a warning. It's a mystery why the crew would have ignore it, adds Cox.

The functionality of the TAWS system can be determined by an analysis of the flight data in the microchip installed in the system, which can be done only at the device manufacturer Universal Avionics Systems of Tucson. The company declined comments due to the pending investigation. Experts agree that it is likely, however, that the device did not contain topographical maps of the Smolensk airport area, probably due to the fact that it was a military airport which changed its status to a civilian facility only six months before the crash. 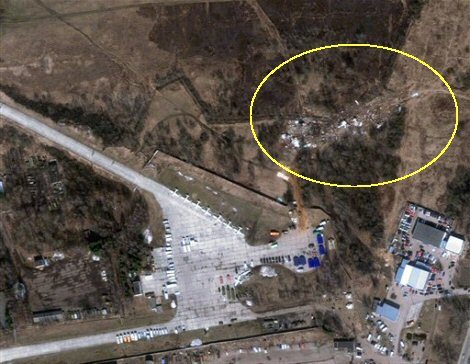 According to Greg Phillip's analysis of the crash, the pilot of the plane attempting to land in low visibility conditions could undertake a "look-see approach," which is basically an instrument approach up to the point when the pilot can continue to land using external visual references.

The look-see approach is considered by pilots to be a very risky maneuver and is generally banned by the FAA on all civilian airports in the US for commercial operators.

A veteran major airline corporate and general aviation pilot, Captain John Cox, indicates, however, that pilots of the Polish Air Force One were aware of the limitations of Smolensk airport and descending in low visibility could use a non-precision approach, which is allowed for presidential aircraft.

The key is to watch the altimeter, and make sure not to go below the minimum descent altitude (MDA) before obtaining visual sight of the runway, says Cox.

Experts agree that it is a difficult maneuver, which often ends with a crash.

Greg Phillips points to another important question regarding the flight of PLF 101. Why did the pilots circle the airport three times and what happened on board that plane at the time when they decided to make a decision to land against all odds?

"It seems to me that the key to determining the causes of the Polish Air Force One crash will be establishing if the pilot who made the decision to take a look-see approach had the authorization for the risky landing maneuver," says Greg Phillips. He added: "This authorization pertains not only to the pilot himself or a person in charge of the presidential plane but also the airport authority who has jurisdiction over the airport in Smolensk which under existing weather conditions should be closed." 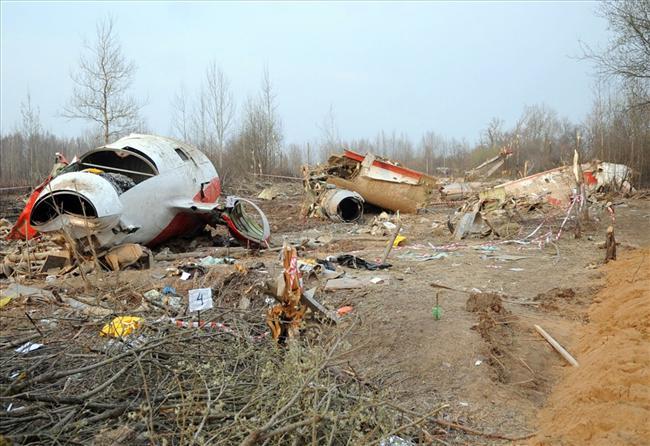