This is it, I thought to myself. I just had this feeling the moment was upon me. But I never would have guessed Arnold Schwarzenegger was going to be the impetus for the conversation.

On the television screen was a warehouse full of mall Santas in various costumed states, running an underground knock-off toy ring. Jim Belushi was trying to con Schwarzenegger, the desperate and gift-less father, into buying a cheap replica of Turbo Man for his son.

So many Santas. So many obviously fake Santas. I could sense my daughter recognized the perfect moment of opportunity.

"Are you and dad really Santa?"

And just like that, I became the mother of a non-believer. It was something I had looked to with a mixture of sadness and dread. In fact, last year, my husband and I went to completely ridiculous lengths to keep her believing in Santa. I wasn't ready then for her to have one more toe in the world of reality and the harsh light it sometimes casts. I didn't want the magic to end for her.

Yet when she did finally learn the truth about Santa, I did not see the face of a little girl whose holiday had just crumbled, or who now saw the world with faithless eyes. No magic had died for her. It simply had a new maker.

Knowing Santa is not real won't change the way we celebrate Christmas. We will still make lists, still bake cookies, still receive gifts. The only difference is that now she knows her dad and I are the ones checking those lists, eating the cookies, giving the gifts. She will realize the magic she has felt each year of her life does not come from some elusive stranger who visits every child in the world, but that it exists in her day-to-day life and comes from the two people who love her more than anyone. And we create it only for her and her brother. No one else.

I admit I feel a certain satisfaction in knowing credit will finally be given where credit is due. Maybe now she will understand why her dad and I put a little more on our plates and take a little more out of our pockets during this time of year. We want her life to be built upon the story of happy memories... just as our parents did for us, and their parents did for them.

We want our kids to one day understand that we parents may not fly in a magic sleigh or be able to fit down a chimney, but these same people who wash their underwear and ask them to clear the table are also capable of making one day of the year feel so magical, we had to give the glory to a mythical miracle worker for it to even seem plausible.

So I don't mind that my daughter finally knows her dad and I are Santa Claus. It just means that when she doesn't get that iPhone under the tree this year, she won't think she has somehow failed the judgment of a bearded break-in artist with a keen sense of morality. She will instead know mom and dad are simply cheapskates and believers in the school of thought that nothing really good can come of an 8-year-old with an iPhone. More importantly, it also means she now knows we are the makers of magic.

Hasta la vista, Santa. The real person who has been keeping track of the naughty and nice list is taking over. 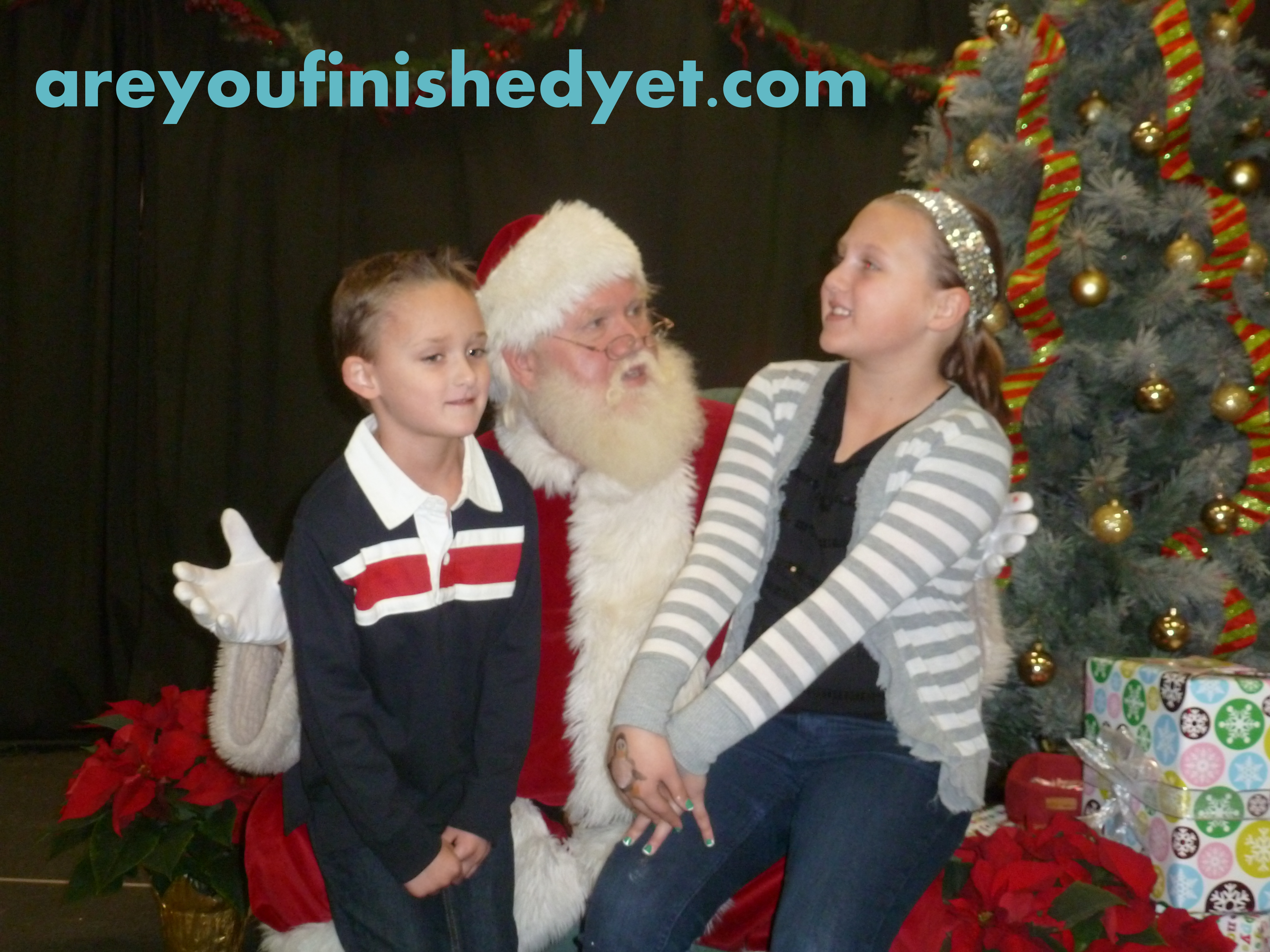 This post originally appeared on Are You Finished Yet?