From their waistlines to their hair, Disney characters' features hardly resemble those of real people. Many have highlighted the warped body proportions of female animated characters by creating new versions of Disney's leading ladies that approximate the size and shape of an actual human woman.

Now, Tumblr user TheNamelessDoll has imagined a world where Disney's leading ladies look a bit more realistic from the neck up.

"No more baby-face for our bellowed snow queen!" reads the caption under the reimagined face of Elsa from "Frozen." 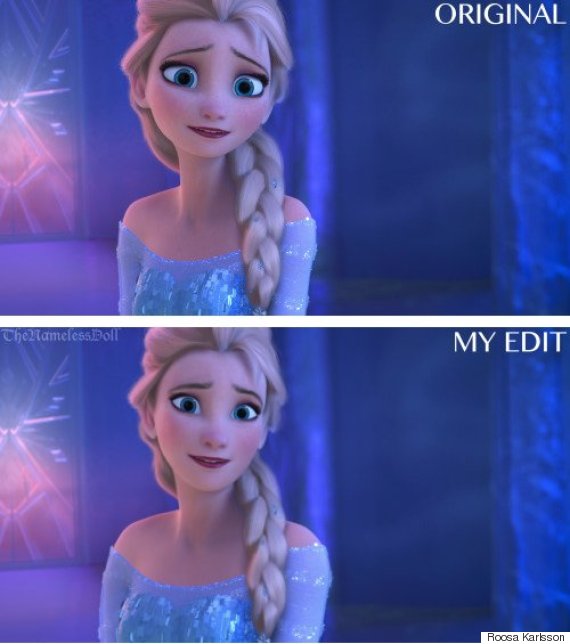 As the note at the bottom of the posts explains, the edits weren't necessarily created as commentary on Disney's animation style. 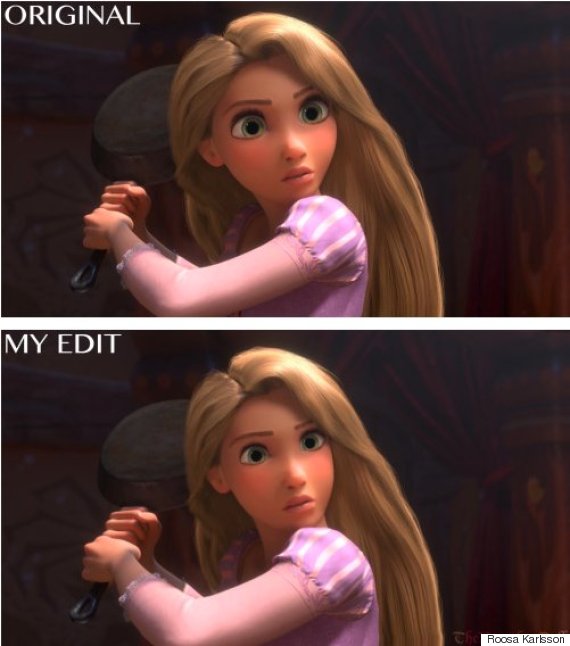 The series focuses on a variety of characters, not just Disney royalty. TheNamelessDoll, who also imagined Disney characters as mermaids, gave Honey Lemon from "Big Hero 6" the special treatment along with Mother Gothel from "Tangled," Roxanne Ritchi from DreamWork's "Megamind" and many more.

It's worth noting that although altering the Disney originals presents more realistic versions of women's faces, these leading ladies still have many of the features that fall into traditional standards of what is "beautiful." Which is all the more reason to push for more diversity so that all women can see themselves reflected in characters they admire, new and old.

Whether they're princesses, heroes, villains or even part of a non-Disney universe, these edited characters prove that looking like an actual human being doesn't take away any of the magic.

UPDATE: The Huffington Post spoke with Roosa Karlsson, the creator of the edits. Though the aspiring filmmaker did not create them to comment on the animation styles, the features she frequently altered included the characters' large eyes, small noses and thin necks.

"With these edits I am not in any way trying to criticize animated movies that chose to have an extremely cartoony look. Because that is the beauty of animation. There are so many different styles, which gives something for everybody," she said in an email to The Huffington Post. "The edits did however spark some debates regarding the animation companies' design choices for adult women (especially Disney got some heat)."

See more of the cartoons below, and head over to The Nameless Doll on Tumblr for more. 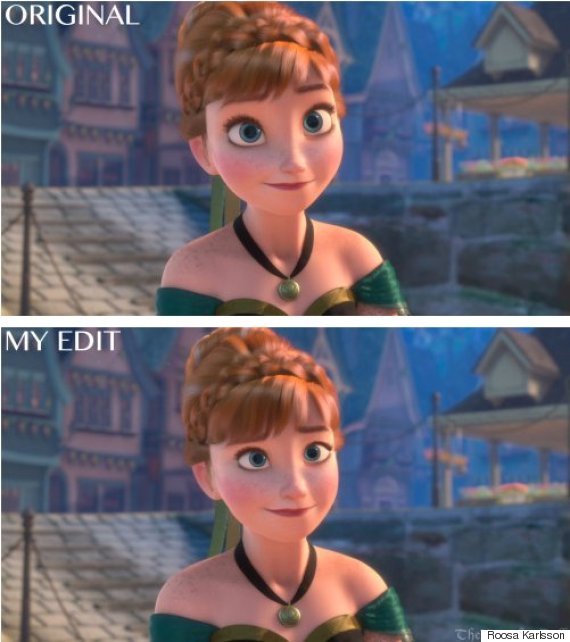 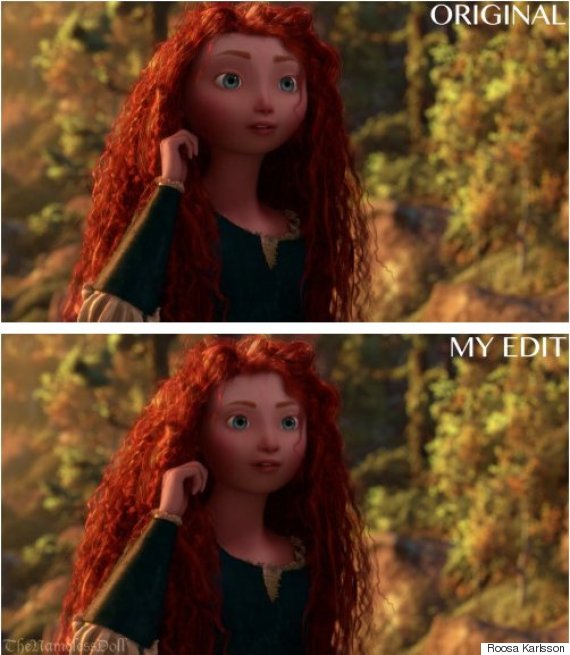 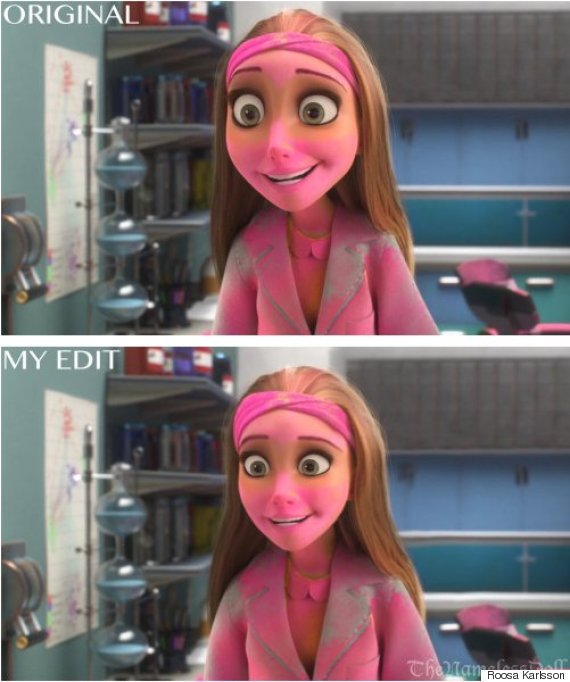 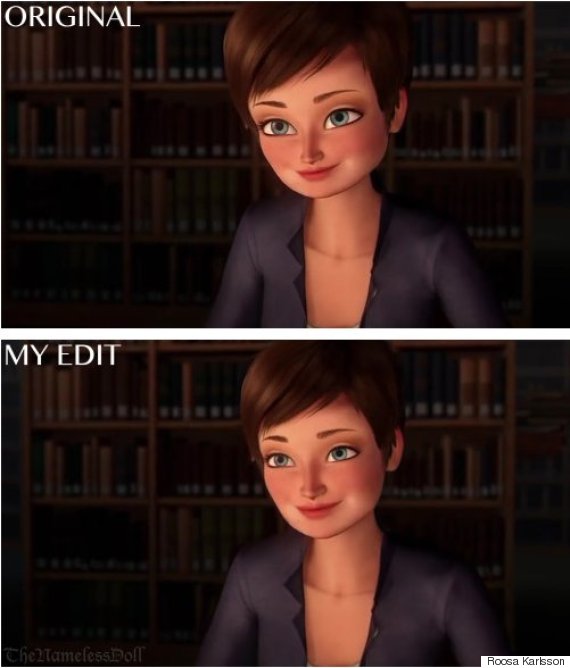 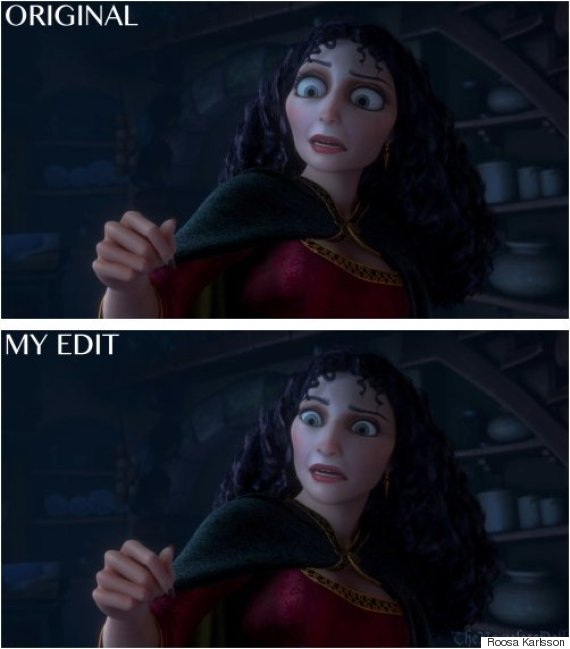 If Disney Princesses Had Realistic Waistlines