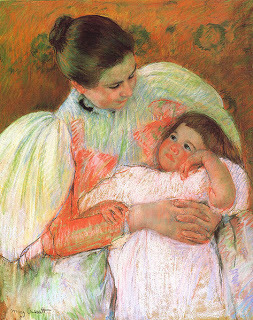 The local CBS TV station in New York City recently ran "The Nanny Attraction," ("Moms Taking Steps to Defend Families From 'NannyAttraction,'" CBS-New York, 2/15/16) The segment aired on the ll:00 o'clock news anchored by Maurice Dubois and Kristine Johnson, a news program that recently broke the bank in the area of insipid news by running a segment on a postman who was chased by dog. An example of their medical coverage is a story reported by their resident authority, Dr. Max Gomez entitled "New Lip Implant Offers Natural, Soft Look" (CBS-NewYork, 2/11/16). But cutting to the chase any woman stupid enough to hire a good looking young nanny deserves what she gets. Don't they read ("The Curse of the Celebrity Nanny," The Daily Beast, ll/11/15)? Ben Affleck, Gavin Rossdale, Jude Law, Arnold Schwarzenegger, Robin Williams and Mick Jagger are all pointed to in in The Daily Beast expose as examples of celebrities who had or were suspected ot have had affairs with their nannies. Investigative reporting? The brunt of the in-depth examination by CBS's Hazel Sanchez had to do with various consultants who help prospective parents to profile nannies in order to make sure they're stable. But this again misses the point. We assume any good-looking nanny is a gold digger. So the one doing the profiling should not be the parents, but rather the nanny who, before spreading her legs, should analyze the spreadsheet of the man whose affections she may end up stealing. 'Watch out what you want for you may get it" is the homily that should be emblazoned on the consciousness of nubile nannies looking for Mr. Right. A fetching nanny is going places and the last thing she needs is to book passage on a sinking ship.

"Nurse and Child" by Mary Cassatt