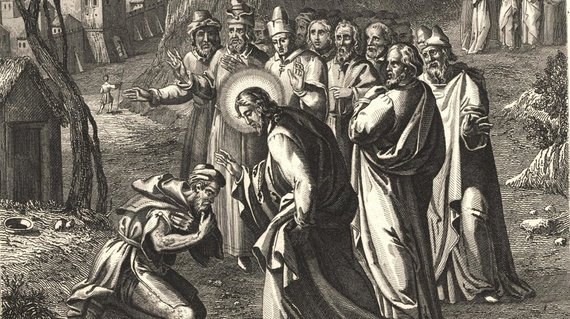 A MEDIEVAL CHURCH in England first introduced me to the "leper's squint." It was a V-shaped chink, no larger than a hand, chiseled into the exterior wall. Through it, lepers could look into the sanctuary, but from a distance -- enough that parishioners would not fear their contagion or glimpse their disfigurements. At most, these "squints" were a mere slit of window offering a narrow view of the altar and the services that were denied them. It was an architectural feature that, some might say, reflected both a baseless fear and a less than Christian attitude. 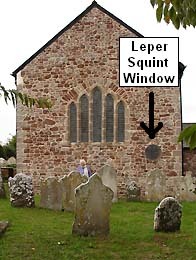 Reading today's headlines I am reminded of those squints and of the mindset that created them. Of course, these days no one builds a squint for those they loathe or fear. Instead, they pass laws in the name of "religious freedom" (theirs, not others') that will grant them a safe distance from the contagion of those they dread or condemn. It is no longer lepers who send shudders (that contagion was far less communicable than imagined) but rather gay and transgender neighbors. Like their Medieval forbearers, proponents of these laws choose to distance themselves from "the other." These good Christians believe that being trans is a pathology and being gay, a moral affliction and "abomination." Some cite Leviticus: 20:13 even suggesting they should be put to death, an idea embraced by a pastor in Kansas, another in Arizona, another in Colorado, another in Nebraska. (Perhaps they were inspired by executions of gays in Iran and Saudi Arabia, nations not always celebrated for their judicial enlightenment.)

Finally, and most portentously, the faithful see gays as a threat to their own heterosexual marriages. Among those who claim to have suffered directly is the beleaguered governor of Alabama, Robert J. Bentley. He blames the collapse of his fifty-year marriage not on his alleged affair with a staffer, but on the nation's acceptance of same-sex unions and its corrupting influence. (And Bentley knows a thing or two about corruption.) Like many who say God is with them, the governor often cites the Good Book, though the passages he chooses tend to place him on the moral high ground at the expense of others. In 2011, after his inauguration, he declared "Anybody here today who has not accepted Jesus Christ as their savior, I'm telling you, you're not my brother and you're not my sister, and I want to be your brother." (Just not gays.)

Bentley is one of those who believes no one of faith should be made to come in contact with those whose sexual orientation offends them. Often they invoke the name of Jesus. (No apparent relation to the Jesus in Matthew 8 who lays a healing hand on a leper and spread a Gospel of inclusive love.)

Of course, Bentley and his ilk -- Indiana's Governor Mike Pence and Phil Bryant of Mississippi, among them -- are far too sophisticated and politically savvy to spew hate speech. They have learned from history to be more subtle and to couch their bigotry in the loftiest of texts, most notably the Constitution and the Bible. Modern-day pariahs, they say, are loved, just not served, tended to or treated as fellow Christians. Is it not, they argue, the right of every God-fearing Christian to be fearful of those who are not like themselves? (Some of Trump's best friends, he reminds us, are Muslims.) They are right to a point: democracies must tolerate the intolerant, but only so far as words and thoughts -- not deeds. Otherwise, we may soon be seeing "straight-only" drinking fountains and emergency room physicians turning away patients for being gay.

Where prejudice is concerned, it's a slippery slope from wedding cake to hospital gurney. "We are described as a Christian Nation," wrote one of America's first black anthropologists, W. Montague Cobb, "but the parable of the Samaritan has no meaning in regions where the critically injured may be turned away to die, because hospitals in those areas do not admit patients of their skin color." That was 1948. Already, in some states, housing, employment, and adoption services may be withheld from gays -- all in the name of conscience.

Indeed, as it turns out, God, the almighty and beneficent, is neither, at least as indicated by the religious freedom acts. He must be bigoted and prone to error, otherwise, why would his parishioners have to sort out His mistakes? The vast array of creatures He created, still the most resplendent testament to diversity, we are asked to believe, was never intended to suggest that there is virtue in variety. No, they find grace only in sameness, recognizing as they do, their own perfection. Such a faith comes perilously close to self-love, or vanity as it is known, a deadly sin, but one that can be ignored in pursuit of God's ultimate purpose. And that purpose is made manifest by the florists, wedding photographers, bakers, caterers, counselors and others of Montgomery and Jackson who would turn their backs on those seeking help or celebrating their love for another human being.

History is replete with instances of believers convinced they can identify God's blunders, separating the human wheat from the chaff. It is a rare gift indeed to understand who God prefers, and who better than a legislature to be tasked with protecting their right to deprive others of theirs. Humble Moses was reluctant to allow God to use him as his messenger, but there is no such reluctance on the part of the lawmakers of Mississippi, Georgia, Alabama, and North Carolina -- America's answer to the Mullahs. These same legislators or their progenitors, unbowed by a somewhat checkered history of speaking for Him, have shown themselves eager to defend the Word. Alabama's Chief Justice of the Supreme Court, Roy Stewart Moore, despiser-in-chief of gay marriage, insisted the Ten Commandments be displayed prominently. (I imagine he regards Mathew 19:19 - you know, the one about loving "thy neighbor as thyself" -- as more of a suggestion, than an actual commandment.) 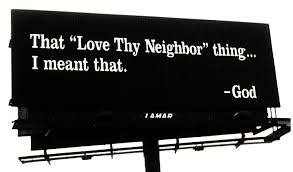 But these states are practiced in determining who is worthy of God's love and human kindness. We need not mention slavery, Jim Crow, segregation, poll taxes, or bans on intermarriage. Nor their support of involuntary sterilization of the mentally infirmed and epileptics -- the lepers of their day. Nor that they were among the last to ratify a woman's right to vote. (See Corinthians 11:3 say "The head of the woman is man?") No, these lawmakers know their Bible and their business equally well when identifying who are among the elected (they are, literally.)

Bashing Alabama and its brethren states gives me no pleasure. After all, my father's family, Jewish refugees from Lithuania and the Ottoman Empire, arrived in Mobile, Alabama with no more than the Talmud and a samovar more than a century ago. And there, they were welcomed. My grandfather served as the rabbi in Mobile. Never did he have cause to complain about his treatment in that community. When my father spoke of Mobile, he did so with unflagging affection. I choose to believe that that is the true face and heart of the South, not that which promotes these so-called "religious freedom" bills; they are but a vocal minority that has been allowed to dredge up all the old stereotypes of prejudice and backwardness. The disservice they do is not only to LGBTs, but to themselves, their states, their nation, and their faith.

The greatest Republican of all was not a man who wore his religion on his sleeve, far from it, but Abraham Lincoln saw fit in his 1861 inaugural, as the nation teetered on the brink of civil war, to appeal to "the better angels of our nature." His challenge was not resolved by war or time. It continues to this day.

Ecclesiastes offers us the long view: "nothing new under the sun." Scripture in defense of bigotry is familiar cant. As ignorance once drove even the devout to shun the leper, so today it drives the fearful to distance themselves from those whose sexual identity or love does not mirror their own. But, at the risk of quibbling with the Bible, there is much that is new, including a pope who famously asks "Who am I to judge?" And recently, the Vatican issued an apostolic report, two years in the making, fittingly entitled "Amoris Laetitia" -- The Joy of Love. Pope Francis does not embrace same-sex marriage, but he does ask the Church to minister to all who come unto it -- including gays. Indeed, today, the place of the bigot and the long-shunned have changed places. It is the bigot who now stands decidedly outside the mainstream, peering in through the narrowness of his or her own intolerance.