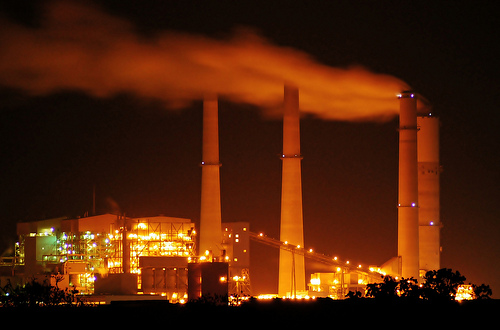 Coal plants are the No. 1 source of carbon-dioxide emissions and one of the largest contributors to climate change. In addition to harming the planet, coal plants release toxins like mercury, arsenic, chromium and acid gases.

Coal-fired plants are responsible for more than half of the human-caused mercury emissions in the U.S. Exposure to mercury can cause neurological impairment, tremors, neuromuscular changes, headaches, kidney failure and other harmful effects on human health. According to the Union of Concerned Scientists, just 1/70 of a teaspoon of mercury deposited into a 25-acre lake would be enough to make the fish unsafe to eat.

The good news is that thanks to more stringent state and federal environmental standards, mercury emissions have declined by about 40 percent over the past decade, according to the Environmental Integrity Project (EIP), a nonprofit organization established by former U.S. Environmental Protection Agency (EPA) enforcement attorneys. However, there are many power plants that continue to emit harmful pollutants.

Here are the top 10 sources of power-plant mercury emissions in the U.S., according to the EIP:

But it's not just the mercury that is cause for concern: Power plants are the largest industrial source of arsenic emissions, and the second-largest source of chromium, lead and nickel emissions. These toxic metals have been linked to cancer, gastrointestinal problems, and liver and kidney damage. The EIP ranked the nation's power plants according to their emissions of carcinogenic metals. Here are the top 10 offenders:

The good news is that the EPA is working to limit these harmful power-plant emissions and will impose stricter standards on toxic air pollutants. However, there is still work to be done: The EPA's standards only apply to new power plants that are built -- not existing ones -- so that doesn't do anything to mitigate the damage from the power plants listed above.