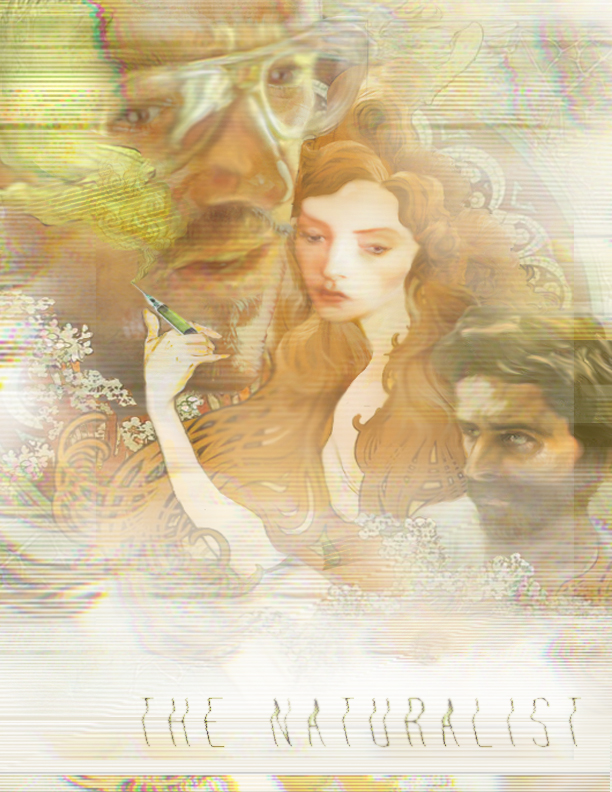 The Naturalist from Connor Hurley on Vimeo.

If you're gay, at some point you've probably wished you weren't. Whether it's a fleeting thought or a lifelong struggle, you've at the very least wondered why you were gay.

Right now we're wrapping up post-production on The Naturalist, a short film about a gay man living in a genetically modified society who is given the chance to alter his sexuality.

The film centers on devoted partners Simon and Oliver, who live in a militant future society with genetic therapy mandated to amend all "inferiorities," including homosexuality. Their relationship is tested with the arrival of Eden, an heiress genetically modified to physical perfection. Eden has been in love with Simon for years, and offers him an escape from his precarious position in society: a genetic virus that can alter his sexuality.

When I was 12 years-old I got really into classic films, and was especially interested in closeted stars. I loved Kenneth Anger's Hollywood Babylon, which "outed" a lot of people. After I saw Psycho I was reading into Anthony Perkin's rumored bisexuality. Apparently he wasn't very happy about being gay. Someone, probably erroneously, attributed a quote to him saying if there were a gay-to-straight pill, he'd take it. That thought never really left me.

Since coming out and making this movie, I've grown out of the self-pitying gay kid thing. That's not to say hypothetical scenarios like the one at the heart of this film don't cross my mind. I've always had a close bond with women, and I think I've definitely fallen in love with women emotionally. I'd be lying if I said I didn't resent being gay in times like that.

My head goes into a tailspin when people say homosexuality is a "choice." To me, it's a copout: it tries to define an issue that isn't fully understood. Is sexuality determined by genetic, psychological, or environmental factors? Is human sexuality strictly defined or more fluid?

So it's no surprise my first film explores the idea of choosing your sexuality, and the ethical and psychological repercussions of that choice. When I was writing the script, I was stuck in a neurotic cycle of hypothetical questions: If sexuality were a choice, what would I do? Would I leave behind my partner of the past two years, would he leave me? These paranoid scenarios informed the relationship drama at the core of The Naturalist.

As I was writing, there were movies coming out that realistically explored gay relationships; Andrew Haigh's Weekend, being a prime example. That movie really shook me, I felt like the filmmakers were showing aspects of gay life I'd always considered private and maybe even a bit shameful. Watching that movie was a really stressful experience, but ultimately a really inspirational one.

In addition to questions on the origins of sexuality, the film addresses the uncomfortable potential for the next phase of human evolution. I was inspired by what I was reading about advances in genetic and biosynthetic engineering. The film is definitely a dramatic projection of the future, but right now as a society, we seek to "normalize" with drugs. Why wouldn't we want to "normalize" our DNA? I came out to my parents not too long ago, and I realize how hard it is for them to think about their child struggling. Even parents who are gay-friendly, though they would be fine with their kid being gay, wouldn't want that for their child if they had a choice, right? I really wanted to play with peoples' sympathies and make them question even liberal standpoints.

The film began shooting back in November, but a lead in the ER with tonsillitis (sent from set in full-on glam hair and makeup!), funding issues, and inclement weather forced us to postpone the second half of the shoot. I was strapped. I invested all my money along with donations from friends and family into the production, and when we couldn't finish everything in one go, I was devastated. My team and I turned to Kickstarter to finish the film via crowdfunding. Kickstarter not only gave us an avenue to finish the film, but it also gave us our first real exposure. More than all that, it showed me that other people want to see this movie finished, too -- and not just my friends, but complete strangers. That's what really gave me the ability to finish the film.

The film is still about a month away from completion, with score, visual effects and color correction still in progress. Despite missing some finishing touches, the film has begun submission to festivals as a work-in-progress. We're hoping to premiere it at festivals, and then start showing it locally.

For now, we need the support of friends, family, and the LGBT community. Our "reach" is important to festivals and distributors, so please support us by re-posting the trailer and "liking" us on Facebook.