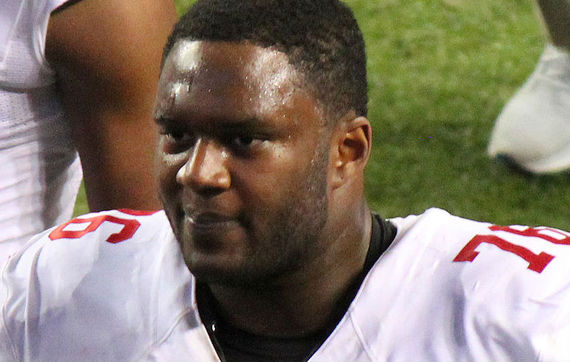 The NFL is becoming a very interesting irony.

Whether or not we admit it, all NFL fans love the big hit. At the stadium or watching the game on TV, when the pads collide, and we hear that "pop," our juices get flowing. We "ooh" and we "ahh," we say "wow" and "did you see that hit?" The crowd goes crazy, and we want more.

Injuries have always been a part of the game, but one we have accepted. Players got hurt, they came back, and the hits just kept coming. And we keep on cheering.

But what happens if the big hits cause players to retire while still in the prime of their careers? It would start the NFL on a slippery slope that could be its downfall.

That, my friends, is exactly the slippery slope that we are on.

The situation involving the retired players is well-documented, as they are seeking financial reimbursement for the medical problems that were left untreated during their playing days. The poor behavior, the suicides, you all know about it by now.

Motivated in part by the retirees' situation or not, the retirements have come quickly during this 2015 off-season. Yesterday, 49ers' right tackle Anthony Davis announced his retirement, although he states he might come back after "a year or so." Davis marks the fourth member of the 49ers to call it quits, joining Patrick Willis, Chris Borland and Justin Smith.

Patrick Willis noticeably was affected by the plight of retired players:

Honestly, I pay attention to guys when they're finished playing, walking around like they've got no hips and they can't play with their kids. They can barely walk... People see that and they feel sorry, but they don't realize it's because he played a few extra years.

I just thought to myself, 'What am I doing? Is this how I'm going to live my adult life, banging my head, especially with what I've learned and knew about the dangers?'

This week, it spread to the Titans, when Colin McCarthy announced his retirement. He too had injury problems in recent years, which no doubt led to his decision to leave the game.

It's not hard to understand these decisions made by NFL players. The effects that the game has had have been severe, highly publicized and in some cases, deadly. We have seen players that have committed suicide, and in the case of Dave Duerson, making sure their brains are intact so the effects of football can be studied, and players can be protected in the future.

Players want to have a life when they leave the game. They don't want their brains to be turned to mush. Seeing what has happened, it's easy to understand these players' points of view.

But what does it mean for the game? If the best players in the sport are going to retire during the prime of their careers, where is the game headed?

It is headed down a very slippery slope, which by the nature of the sport, is inevitable. Can anything be done? It's hard to say.

All we can do is enjoy our favorite players while we can, because may not be in the NFL as long as we hope.